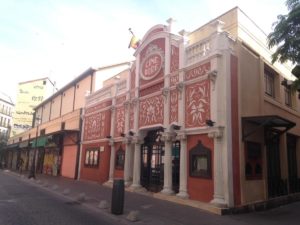 How long have you lived here: 45 years, with some interruptions, as I have also lived in Philadelphia, London, and Rome.

Best time of year to visit?  May and June

In some areas, Madrid wants to look like Paris, and Madrid makes you think of the French city sometimes: buildings with neat façades and balconies, cafés with terraces and so on. It is not a flat city: there are many hills that produce beautiful dramatic views and allow locals and travelers to see wonderful sunsets. Its sky is always blue, so photographers are in love with it.

“Madrileños go to bed very late in the night.” It is true that our schedules are a bit illogical and that everything takes place later than in other Western cities, but this is also due to the fact that there is light until quite late, and in the summer, the weather is so hot that you don’t dare to meet friends until at least 8 p.m.

Madrid became the capital of the country in the 16th century. From then on, you can see how official institutions have shaped the city, the Prado Museum being the most important among them. The need to build more houses after the Spanish Civil War, when many immigrants from other parts of the country came here to live and work, made some outer areas of the city ugly brick containers. In the 1990s and in the 21st century, some areas of the city have been revitalized, such as the old slaughterhouse that is now an arts center. 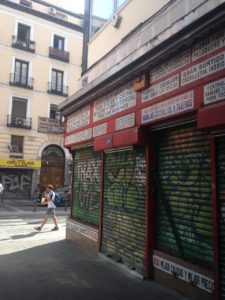 “Caña” is the average glass of draught beer, smaller than half a pint. A small “tapa” or “pincho” (such as olives, a Spanish omelette, or some ham) is taken for granted if you order an alcoholic drink, but Madrid is becoming a bit stingy in that sense, so now you often have to order it and pay for it.

Traffic, though after having travelled to some huge Latin American cities I now find traffic in Madrid a totally secondary issue, as the public transport is quite good. Noise is a major issue as well: too many cafés, bars and happy people partying along its streets make Madrid a loud city.

6) Common jobs and industries and the effect on the town/city’s personality. . .

Madrid is not an industrial city; it mainly offers services for tourists, so its cityscape is full of cafés, bars, shops, theatres and cinemas. It has now become a major destination for those who love the visual arts since we have some important museums with good collections here, such as Thyssen Museum, the Prado, the Reina Sofía, and some other good galleries. These facts favor crowded city streets, even on a Monday evening.

Mercedes Cebrián was born in Madrid. She holds an MA in Hispanic Studies at the University of Pennsylvania.