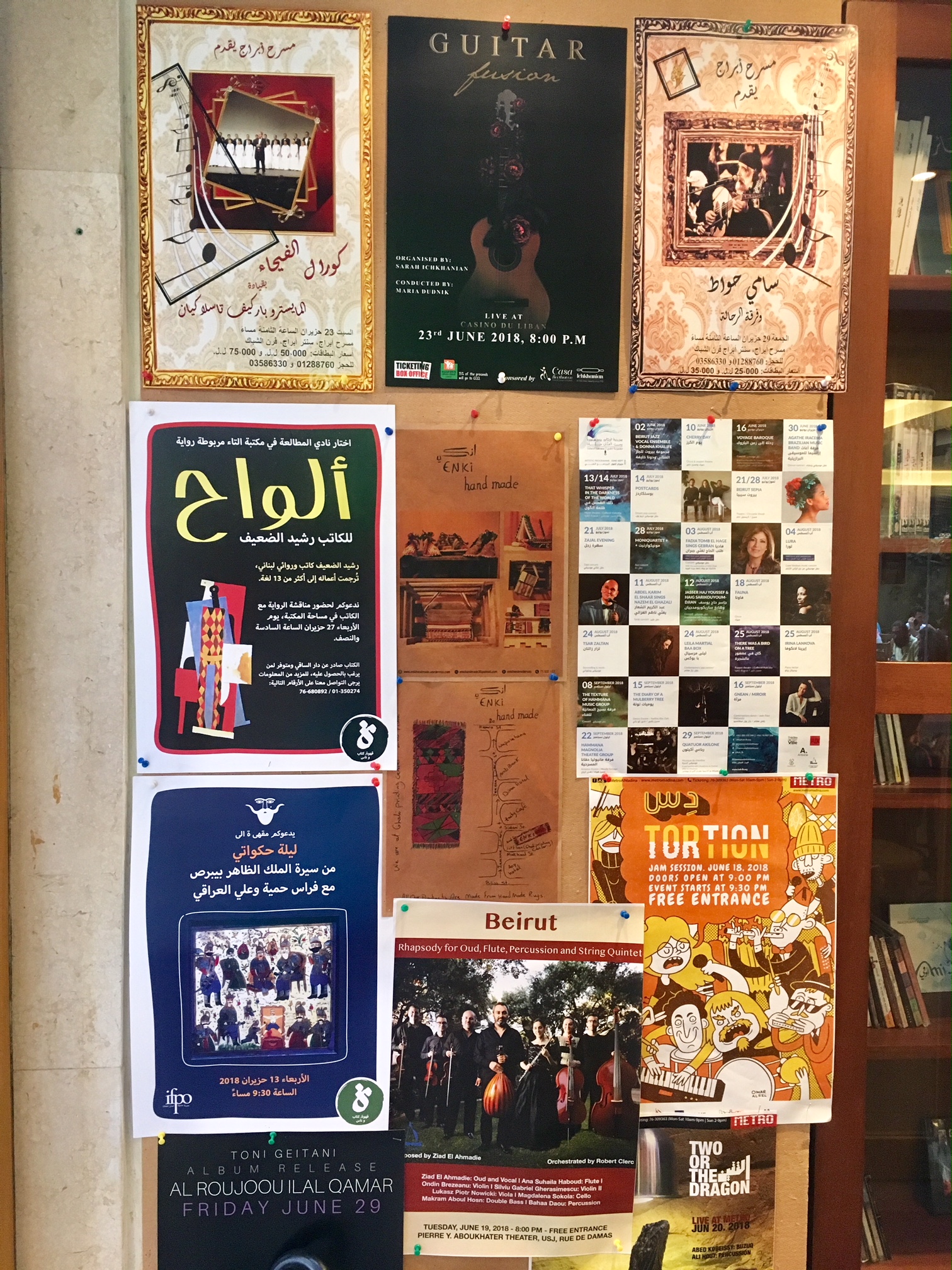 T-Marbouta, a restaurant in Beirut. Photo by author.

How long have you lived here: On and off for twenty years

Best time of year to visit? All year, but if I really have to choose I would say between March and June

1. The most striking physical features of this city/town are . . . Its invasive, intrusive nature. The noise of drilling and construction, the stench of car engine fumes, the peddling, the cat calling, the dog shit left behind on pavements. Trash. Traffic congestion (except on Sundays or after midnight), car honking, scooters with helmet-less drivers, scooters with whole families piled on top of each other, scooters with burning hookah charcoal to deliver. The kaak seller crossing the street, the fruit seller pushing his giant cart uphill, the water tank truck to fill up someone’s diminished water supply, the emergency sirens, the scent of cooked thyme on dough, the promising aroma of coffee, the stink of sewage, the smell of the salty air the closer you get to the sea—and you’re pretty much always close to the sea. Bougainvillea, jasmine, eucalyptus trees. The architecture, both ancient and modern competing in the same space, the highways and hotels inches away from the slums and neglected spaces. Elderly men playing backgammon on a pavement under a bridge. Elderly women dressed in mourning, always in black. Balconies and building walls pockmarked with bullet holes; weaves of foliage hanging out of iron wrought windows. This is Beirut.

2. The stereotype of the people who live here and what this stereotype misses . . . Let me just say that “Beirut is a vibrant city” is a popular cliché we’ve all heard before. But it’s also a cruel city, a careless city, a dangerously luring city. As for stereotypes about people who live in Beirut, it really depends on who you talk to, but here’s a popular list: party-people, excessively liberal (compared to the rest of the country and region), creative, multi-lingual, loose, cosmopolitan, hybrids, confused, Westernized, ruined, identity-less, highly cultured, chaotic, class conscious, class dismissive, order dismissive, artists, poets, merchants, writers, rebels, elitists, revolutionaries, opportunists, insomniacs, survivors, submissive, forgetful. I think forgetful is an important one to remember and add to the list. Forgetful in all the right and wrong ways we can interpret this term.

3. Historical context in broad strokes and the moments in which you feel this history . . . Of course there’s a lot of history to this place, but for me, the most immediate answer includes the civil war that began in the mid-70s and “ended” in 1990. Visually, the city is still marked with remnants of war through the buildings, shops, aged houses and streets; through conversations with people who still carry a sense of animosity and bitterness even if they’ve never lived that civil war and they’ve only heard about it from their parents. What’s more troubling are the ones who’ve never even heard about it from their parents or relatives, whose families act like it never happened, as if it’s an irrelevant, forgettable topic.

4. Local/regional vocabulary or food? Food is central to the city. Coffee is central to the city. “Turkish” coffee, or, if you will, Lebanese coffee as some people have recently preferred to name it; the one that’s boiled and prepared in a rakweh and poured into tiny cups and offered at least sixteen times a day. Raw meat with spices, garlic paste, or olive oil is familiar to Lebanese taste buds. Arak is central. The ten thousand kinds of mana’eesh, which is pretty much any savory or sweet ingredient spread on dough and baked in a pizza oven (cheese, thyme, beef, vegetables, kishk, labneh, nutella etc.). Hummus dip is also central to this city/country. For some reason I felt I needed to add that.

5. Local political debates frequently seem to center on . . . The subject most discussed is how to resist what is viewed as the racist, apartheid policies of the state of Israel, a subject that has been written about and suffered from since 1948. Power to that resistance. This subject is over and above other internal problems that the Lebanese are facing on a daily basis due to the Lebanese political system that is founded on sectarianism and classism, which succeeds in keeping the population loyal to a small exclusive group or a particular sectarian leader, a “za’eem ta’efeh,” instead of to the collective good and progress of the country as a whole.

But going back to the first topic, the plight of the Palestinian refugees in Lebanon has been a fundamental topic since the Nakba. Do we provide them with legal work permits or basic medical care? Do we treat them as humans? In recent years we’ve been busy discussing the Syrian war/refugee crisis and how most if not all our economic, social, political, and tribal difficulties are their fault. Am I being ironic? You bet. 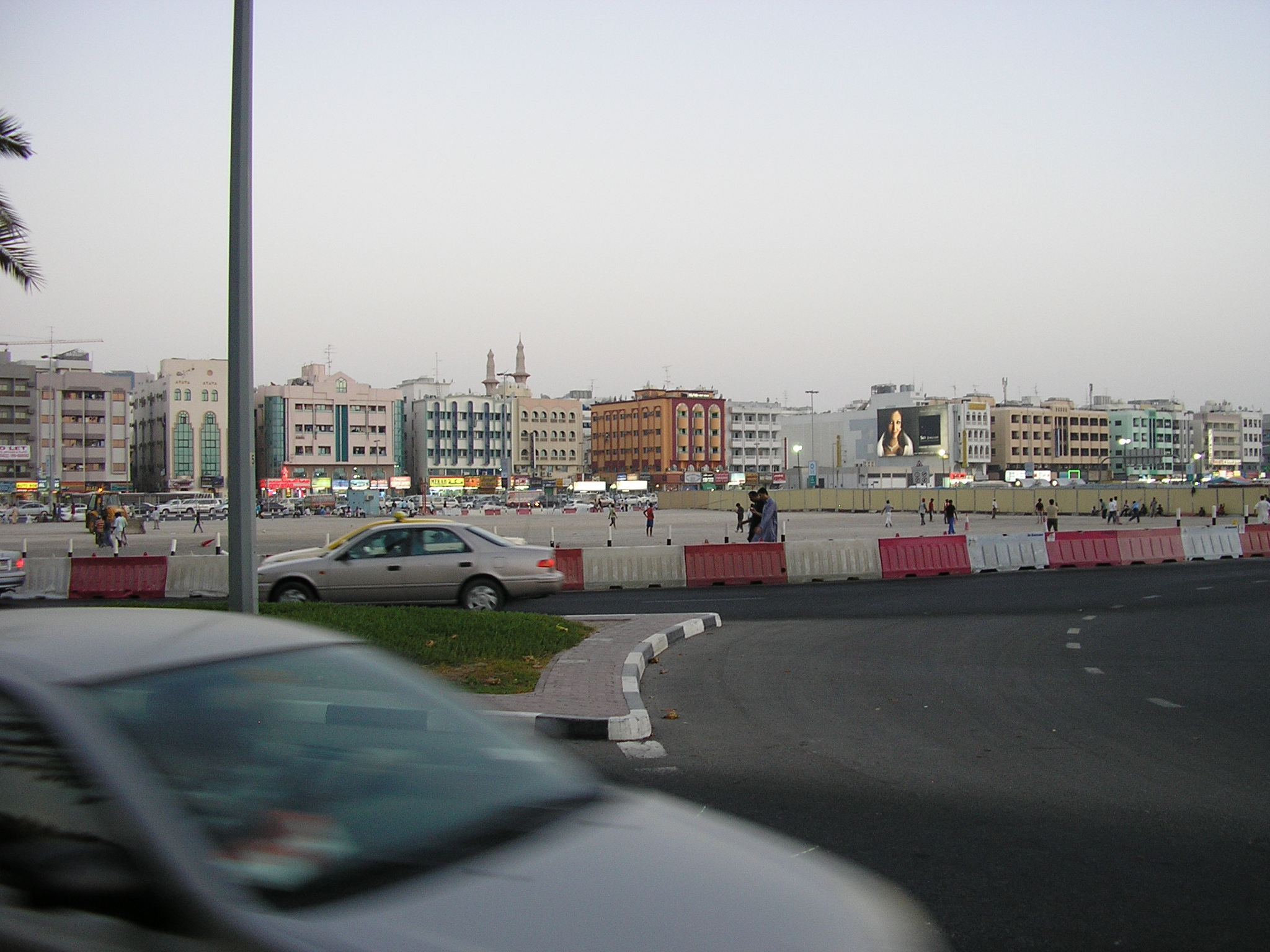 REWA ZEINATI
the war drove us out— / and into my father’s used white sedan— / a school drop-off I’d hoped none / of the other kids would notice— / (their engines a roar of paid drivers). / everyone was from somewhere else 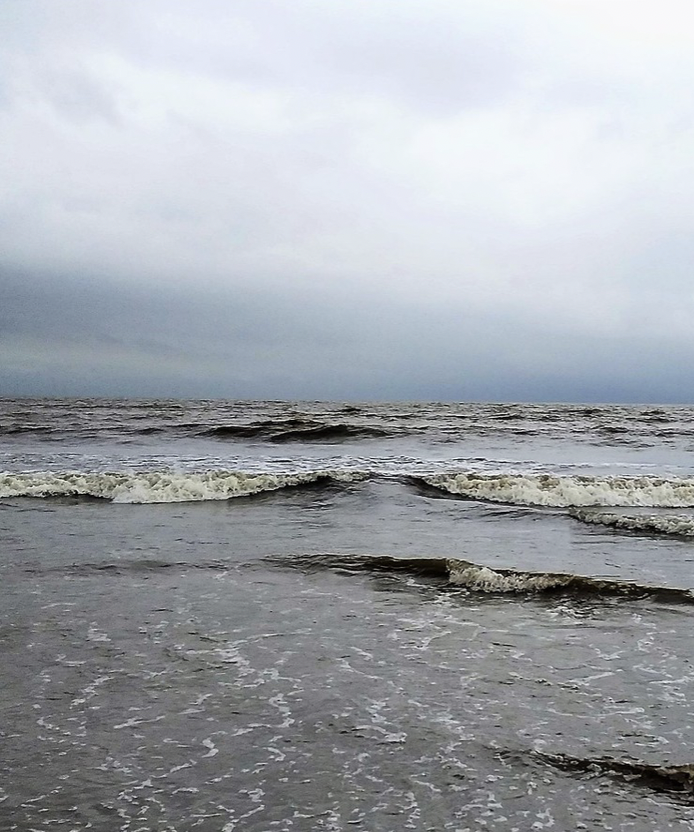 REWA ZEINATI
At the shore we don’t build anything. Behind our sunglasses, our eyes dart in every direction. A man carries a sandcastle on his back. A fish. Or is that a tattoo of a fairytale palace? His arms are full sleeves of ink. Maybe he’s been working in the financial district for years.