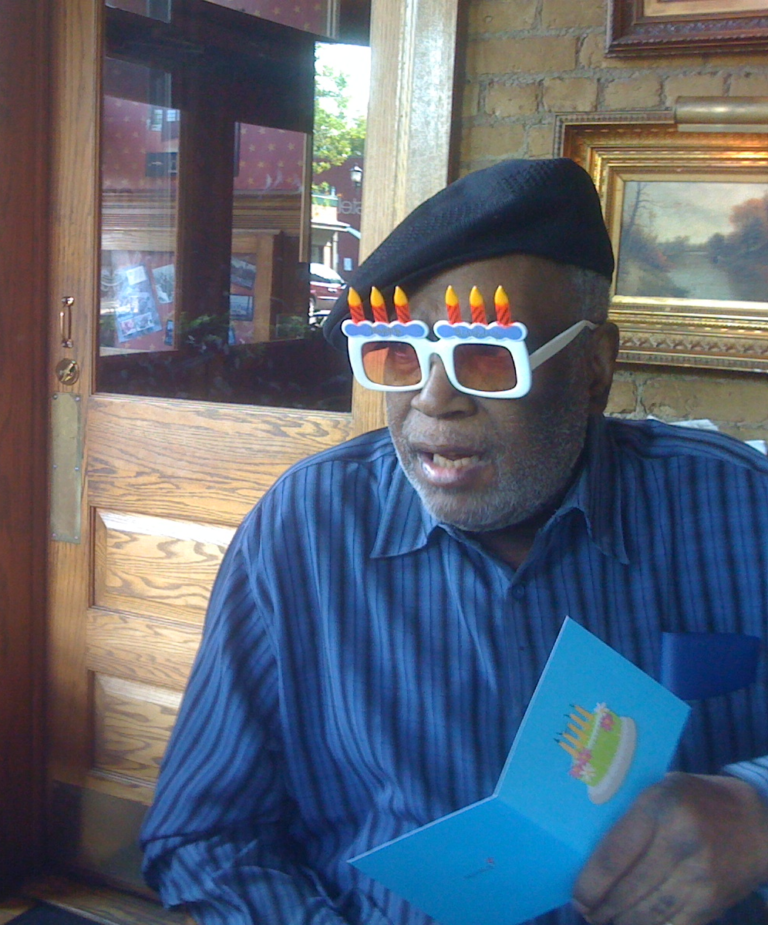 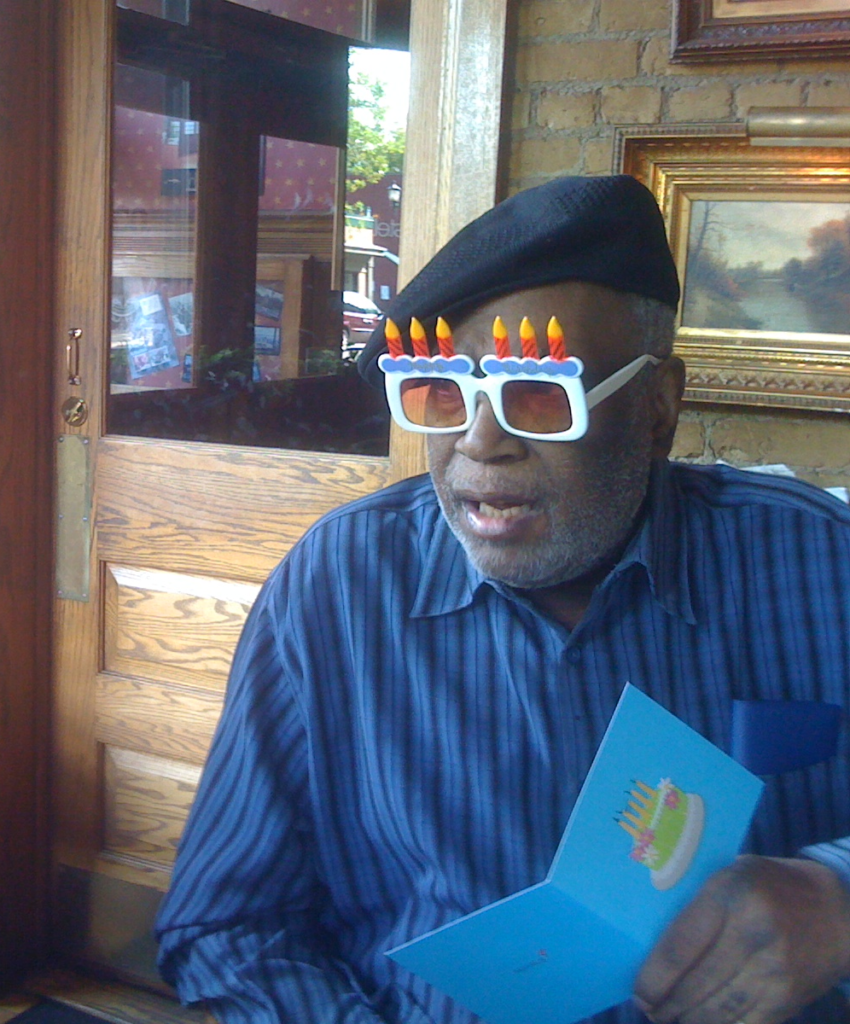 Nothing could be done about the cancer in him, so we did not bring him bread. He was dying, and doing so more actively now, though still at a pace he commanded. Even Death let him call most of the shots. We brought Sol what he wanted: vodka and cigarettes.

The vodka had to be Smirnoff and the bottle had to be the lighter, plastic fifth. Its narrower profile was easier to grip. Though his hands were large, illness had weakened them.
When a doctor told Sol to cut a vice, he chose cigarettes. Now we brought him vodka and potato chips.

We delivered his drink in the middle of the week, nearly always following an alarmed phone call. Sometimes he invited us into his seemingly airless living room, which had a single bed, a walker with a seat, a small TV, and a DVD player. His favorite films were old swashbuckler stories, and a stack of them could always be found on a side table.

He didn’t like to open the blinds or crack a window. He watched television through the night.

James Solomon, Jr., born 1937 in Mound Bayou, Mississippi, had a devoted crew here in Saint Paul. We brought him liquor, salted snacks, and prescriptions (in that order). We took him to the grocery store or to get a sandwich or slice of pizza.

When his legs and lungs became too weak, my wife drove him the two blocks to and from one of the nicest restaurants and bars in Saint Paul, a place that had been his local for many years. There, each Sunday, a group of us spent two hours catching up while Sol held court. He sipped a “Cape Canaveral,” which was a Cape Cod mixed heavy on vodka, light on cranberry juice. (Able to blast off.) To drink something so stiff made him, he said, “ossified.”

He was masterful at shocking or outright offending people, but even his off-color commentary was so sincerely part of his identity that you loved him. I cannot recall cultivating ties with anyone in my life who was so seemingly unconcerned about the outcome of what he’d just said.

Yet, Sol had a way about him, even when being a bastard: you knew he was good. He loved conversation. He loved stirring the pot.

Mostly, he loved telling stories from his life.

As a child, he’d been whupped by his mother with a hot water bottle known in the family as “The Red Boy.” Sol was confident, willful, and humored. You could not call him risk-averse. He loved to talk, and loosely. The Red Boy got its work in.

At some point, he was sent north. He became an early member of Chicago’s Vice Lords. (At Sol’s funeral, so many years later, people still came up from Illinois and cried “Chief!” to honor him.) He told stories of hanging out in those days. He talked about women. He boasted of how well he dressed and what good shape he’d been in. Occasionally he’d include a practical note, such as on how he’d kept bullets in one pocket and a gun in the other so that if a police encounter seemed imminent, he might discreetly rid himself of one or the other.

“You didn’t want to be caught with both,” he said.

What actual criminality he’d been up to outside of personal drug use is only for speculation. For all the little comedies and moments he shared, he was silent on what had actually landed him in prison.

Big Jim spent more than ten years in the Big House. His habit of being up all night originated there. He served as the “Nightman” for a long spell, doing cleanup work while the rest of the prison population was confined to the quiet darkness of their cells.

After release, he came to Minnesota. He did more drugs. He stole a bit, including an old rifle from the basement of a large home as gentrification moved ever closer to the Cathedral Hill neighborhood where he lived. He wrapped the gun in a blanket and hurried to his dealer’s house. He thought he might trade it for a fix. He cradled the rifle as if he were just a man taking a colicky baby out for a little night air, a ruse he kept up even with the barrel clearly in view.

That was a Sol story, and an archetypal one: a bit of danger or offense, but undeniably foolish and self-aware.

During our Sunday gatherings, I prompted him with a single word, such as “fence.” He’d pause, look backward into life, then slap the bar excitedly. He’d remembered a moment involving a fence, torn pants, an angry dog. Story time.

In his 72 years of life, James Solomon, Jr. held, by his account, only one honest job: janitor for Saint Paul’s historic Penumbra Theater, which had been founded in the 1970s to give voice to African-American playwrights. The theater staged the great August Wilson’s first productions, and for many years Wilson wrote from Saint Paul, including over coffee at the bar of WA Frost.

Sol’s place on Sundays was at that same bar, as was ours.

Wilson’s time there is a bit of lore for writers and locals familiar with the arts. Sol, however, has a plaque on the wall right next to where he sat. It is the only such memorial in that storied place.

Chris Kelsey is a writer, editor, and regular contributor to Dispatches. He lives in Saint Paul, Minnesota.