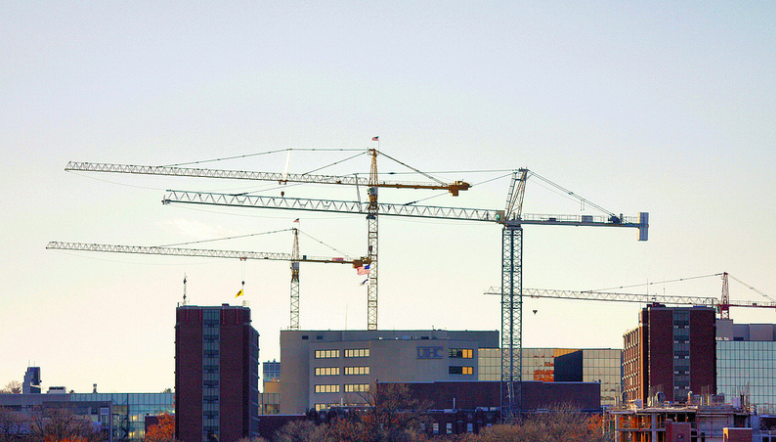 I killed a bird in Iowa City. It was lying, dying, on the concrete steps that led to my apartment, a basement lair whose drains sometimes backed up and belched black ooze everywhere. The bird was gasping and twitching and its eyes were shut very tight. It was a titmouse. I stepped over it and went inside.

I tried to work, but I kept thinking about the bird. I decided to call my mom, who lived far away, and ask for her advice.

“I think you should put it out of its misery,” she said, “but I wouldn’t be able to do it.”

This was not very helpful. Next I called my best friend, who also lived far away.

“I think you should put it out of its misery,” she told me, “but I wouldn’t be able to do it.”

I went back outside. The bird was soundlessly gasping out of its sad little feathered throat, and it didn’t seem any closer to dying on its own. I had been thinking a lot about heroism that fall, and I wanted to do the heroic thing. I summoned my upstairs neighbor for moral support, put a plastic garbage bag over the shivering bird, and dropped a brick on it. It stopped moving.

I come from a long line of birders, so I tend to remember a place by its birds. I saw a lot of non-dying ones in Iowa City: the crows that liked to hang out in scary Hitchockian packs on Iowa Ave.; the sparrows that turned a tree by the Fox Head into a burning bush of sound; the geese that freaked out one January when the temperature hit fifty, and started flapping like crazy up and down the river, yelling about the false spring. Once I saw a bald eagle out the window of Prairie Lights, and I stood up and announced it to everyone in the store, and instead of treating me like I was crazy they thronged up to the window with me, filling me with a sense of community I’ve rarely felt anywhere else.

The titmouse sticks with me especially, though, and not just because I don’t usually bash in the skulls of living things. I killed it during my first semester in Iowa City, which was a strange new time in my life. I had not expected to be at Iowa, for a variety of reasons, and when I arrived there everything had the immediate and slightly terrifying feel of the unplanned. Who knew what I would do? Mercy-killing might be only the beginning of what I was capable of.

The actual mercy of my act, though, was almost immediately called into question. That very night, when I was out bragging to my new friends about how ballsy and cold-blooded I was, a raccoon got into the garbage, extracted the dead bird, and distributed its dismembered body liberally across the lawn. The desecration of the bird’s corpse intensified concerns I’d already begun to have: should I have let nature take its course? Had my desire to prove myself actually been sort of violent and creepy? If I’d left the bird alone, might it have recovered and flown away? Or at least been eaten in a way that was less flagrantly disrespectful?

As exciting and new as my life in Iowa City was, it also filled me with doubt. The Workshop draws students who are often young, who tend to have a lot of time on their hands, and who are engaged in a pursuit that’s fundamentally self-absorbed. I’m sure I wasn’t the only one to spend a significant chunk of my time at Iowa worrying about whether I was a good person, whether I’d ever find a real home in the world, and whether the things I was doing were worthwhile. Or maybe I was. One of the worst things about worry is that, even when you spend all your time with a group of incredibly smart people whom you love and respect, it can still make you feel alone.

There’s a happy ending to all this bird stuff, but it starts with death. My grandparents both died while I was at Iowa, within a year of one another, and when they were both dead I was very, very sad. I went walking a lot, down by the river and into City Park and the neighborhoods beyond, because if I kept moving I didn’t have to pay as much attention to my thoughts. I was on the bridge over the river one white-skied evening when I saw the song sparrow. He was perched in a tree on the bank, and he was singing his little heart out. I could see his tiny throat opened as wide as it would go; I could see his feathers shaking with effort. He looked a lot like the dying titmouse, but this bird was as alive as he would ever be. I thought all the things you’d expect in this moment – that my grandfather would have liked to see this; that grief, like joy, eventually fades. But mostly my mind was wordless as I watched him sing, and that was a relief.

Anna North is the author of the novel America Pacifica, published by Reagan Arthur Books/Little, Brown. She is also a staff writer at Jezebel. She graduated from the Iowa Writers Workshop in 2009.  This post is part of The 75th Project, a series of essays by graduates of the Iowa Writers’ Workshop, which is celebrating its 75th anniversary this year.