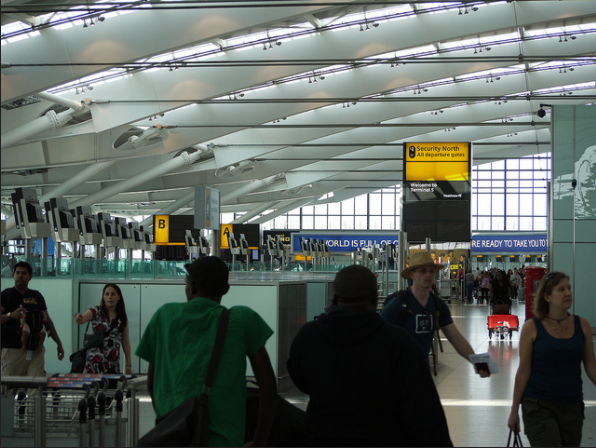 I had landed in London from New York with a singular mission: to escort my Japanese mother around town for a little over a week. My mother, Kaori Saeki, travels a lot, but as a Spanish-language specialist and linguist, and as a Japanese with relatives in her homeland, most of her recent travel has been to Spanish- or Latin-speaking countries like Ecuador, Mexico, Italy, and of course, Spain, or to her homeland archipelago in Asia, Japan. She hadn’t been to London in nearly forty years.

But for me, London is like a third home, hovering just behind New York and Tokyo. It was the first city I inhabited as a young adult, when I studied theater, literature and anthropology as a college student, living in a shared flat in Willesden Green, North London, and indulging my Anglophilia. I now have several friends and professional contacts in the city, and I return to London whenever I can.

But this time, I was nursing an Achilles heel: I needed to meet and take care of my mother.

Kaori is now into her early seventies. She is spirited and energetic, genki, but no longer invulnerable in the way we children fantasize our parents to be. For many years, I needed her more than she needed me. That equation is now reversing.

We were supposed to meet in London last year, when it became apparent that my father’s health was ill-suited to travel far beyond our family home in Boston and the care of American doctors. He had had a minor stroke and was diagnosed with an aneurysm and arthritic knees. My mother and I were concocting our London plans when a volcano in Iceland sent ashes over Europe’s airports and scuttled any reasonable strategies for European travel.

This year, of course, disaster hit Japan on March 11—too far from London to affect our itinerary, too early to hinder our April plans.

Our family and friends in Japan were okay, we learned, and so we flew—Mom from Boston’s Logan Airport, nearest our family home, and me from New York’s JFK. I had several jobs lined up in the US in March and April, taking me from Oregon to LA to Baltimore, DC, Boston and NYC.

The only way to coordinate our visit to London was to have each of us depart at roughly the same time from Boston and New York, and meet in London at Heathrow airport.

Mom made the bookings. My job was to catch the flight on time in the wee hours.

Unless you’re taking your kids on vacation or engaging in a charter tour, travel is largely a solitary enterprise. It can be a welcome relief, respite from communal duties in offices, classrooms and households, a stretch of time unburdened by conversation or distraction. Most of us can ill-afford monastic lifestyles, temporally or fiscally. Travel often imposes such luxuries.

Yet despite the solace of the seven-hour flight from JFK to Heathrow, I was agitated from the start of this journey. Usually my responsibilities are limited to my own goals. But this time, I had to find and take care of an irreplaceable figure in my life: my mother. Transportation and check-in were far from my mind.

There were no blue raincoats at Passport Control, and none at the luggage carousel ninety minutes later. I had proposed in an email to my mother that we meet at a bookstore near the British Rail shuttle into London in case of emergency. As I felt the sweat on my brow and neck while retrieving my suitcase, I realized that ‘emergency,’ a word that seemed benign as I typed it to my mother from my apartment in Tokyo, felt suddenly urgent.

When I emerged on the third floor concourse of shops and cafes, I swiftly pivoted toward a lighted map and located the bookstore, several meters to my right. And then I saw her: a diminutive figure, slightly bent, face turned expectantly toward me, eyes hollow. My mother.

We spent the following days on outings in London, a city that radiates memories of my youth with a clarity that almost hurts, like seeing a photograph of a younger self you vaguely recall but will never known again. Lucky to have locals as pals, I was able to provide my mother with a resident’s view of tourist sites, neighborhoods and restaurants. We dined high and low—Beef Wellington at the Savoy, high tea at Harrods, and greasy fish and chips at a local shop in Bayswater. We saw Shakespeare’s Hamlet at the National Theatre and caught buskers in Brixton. We brunched in Richmond and strolled the grounds of museums and mansions.

Great cities are characters, suffused with particulars as much as are great people.  You don’t alter them; they alter you. In Tokyo, the crowds and narrowed confines make you clutch yourself: you hold your arms down and walk purposefully, trying to take up less space. In New York, acclimation provokes exclamation—you get louder and more expressive, whatever your native personality. And London eases you into its stoic, unruffled architecture; a city that has withstood plagues and blitzes and earned its dignity.

I am privileged to travel to these cities and indulge in their unique identities, honored to be a part of our globalized world vis-à-vis technology and money. Not for a minute do I forget that stroke of good fortune. Plenty of people today live on small plots of land and never see the streaks of jet plumes above, let alone imagine boarding the flights themselves.

But along the concourse in Heathrow airport this spring, I was reminded how the simplicity of intimacy trumps all other concerns, however fast we travel and connect in our 21st century. Whatever the sights and sounds and smells of London that I encountered in my reunion with my past, the image that lingers is that of my mother, one hand on her suitcase, eyes quivering expectantly as she sought her son amid the strangers, still and soft in her light blue raincoat.

Roland Kelts is a Lecturer at the University of Tokyo and a co-editor of the New York-based literary journal, A Public Space. His first novel, Access, will be published next year. His articles, essays, and stories have been published in Zoetrope, Playboy, Doubletake, Salon, The Village Voice, Newsday, Cosmopolitan, Vogue and The Japan Times, among others. He has lectured at New York University, Rutgers University and Barnard College, and he is a graduate of Oberlin College and Columbia University.  He currently splits his time between New York and Tokyo.