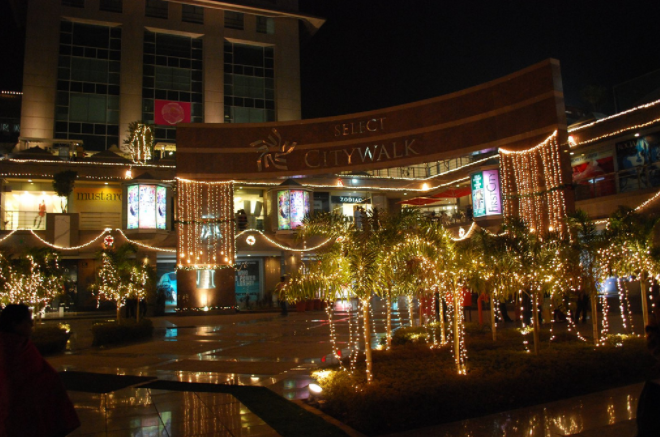 Dispatches will be taking a two-week holiday break and will resume publishing on Wednesday, January 11th. Until then, please enjoy this seasonal dispatch about a Christmas vacation gone wrong…

I always say that I fell in love with my husband at Kinko’s.  Charged with printing blown up photographs for the annual fundraiser for the afterschool program where we both worked, I arrived to pick them up only to find the pictures grainy and only half of the job completed. While I panicked that I’d be fired and was ready to scream at the woman at the counter, Terence calmly, but firmly explained what needed to be done and the urgency with which it had to be completed. We’d been dating for less than two months, but in that moment I thought, this is the person I need by my side. Three years later, we were engaged. For our Christmas affianced, we booked a trip overseas, eager to show our independence, and maybe even create a new tradition apart from our families. On December 22, 2009, we arrived to New Delhi, India. Our plan was to spend a few days there, and then on Christmas Eve we would take a train to Agra so that we could see the Taj Mahal on Christmas Day. From there, we’d travel through Rajasthan and eventually fly to Mumbai.

We had tickets for an early morning train out of Delhi, and when we arrived at the station it was still dark. I knew immediately that I didn’t want to be there. People huddled around fires that were lit on the sidewalks and beggars swarmed. I told myself that when the sun came up, everything would feel less scary, but in my rush to get downstairs to the train track, I missed a step. My legs folded forward in a way that only a camel’s should. My ankles rolled and my shinbones banged the concrete as I fell headfirst down the stairs. I thought I would faint from the pain, and I sat on my suitcase while Terence fed me a granola bar. If it hadn’t been the case already, all eyes were on my six-foot tall, blonde self. Vulnerable, with a rattled brain and throbbing feet, my guard was down and minutes after boarding the train I realized my purse was gone. Along with my passport. In the moments that followed, the sky turned pink and I wished and wished to be dreaming.  But I was on a crowded train about to head out of the capital city, where the US Embassy was.  We grabbed our bags, pushed through the aisles, and got off.

We returned to our hotel, where carolers and an enormous Christmas tree greeted us in the lobby. Hours earlier, I’d walked out smiling, waving, a sunny American eager to get her Christmas photo in front of the country’s most famous landmark. And now I was crying, limping, and panicking, but trying to assure the apologetic hotel employees that I didn’t blame India, that this could have happened in New York. Still, I longed for America. I thought of my family skiing in Colorado and the way my mother always made Christmas the glitteriest, happiest day of the year, and I wondered why we’d been so excited to change up our routine. When I was told I had to go back to the train station, where the crime was committed, to file a police report (necessary for a new passport) I asked for another option.  The concierge told me I could go to the police station in their district and say the bag had been stolen nearby. So, despite the fact that I’m a middle school teacher and I talk and talk about the importance of honesty, I opted to do that. The hotel promised to send a translator.

We were quite the trio arriving to the police station, a falling-down building where only the guns were impressive. There was me, the tall, pale, borderline hysterical New Yorker; my calm, patient Chinese-Canadian husband-to-be; and the pudgy Indian tennis pro from our hotel, still dressed in his whites, who’d been sent as our translator, but whose English vocabulary consisted mostly of nouns, greetings, and tennis terminology. Terence sat with his hand on my leg. I’m sure he wasn’t as nervous as I was, but every time I said, “I can’t believe this happened,” he said, “It could have happened to anyone.”

Once the police officers realized our translator was useless unless someone was trying to perfect a backhand, I was sent to an officer who did speak some English. He sat at a wooden desk piled with papers and was definitely the tallest man I’d seen in India. We began to talk and he pushed me on each detail of my cobbled-together story.  My ankles throbbing, I tried to keep my false facts straight. And suddenly I understood that for him, my story would much better another way. He didn’t want a crime on his record, and in fairness, he didn’t deserve one. So I said, “Maybe I lost it.”

Imposing and official in his khaki uniform, he stood up and nodded slowly. His eyes told me we were in agreement. “Yes,” he said. “Yes, you lost it.”

“It was my fault. I left without it.”

“Write it,” he said. So I wrote it. And I signed it. And then he signed it. And we shook hands and I took off with the tennis pro and Terence, who said to me in the car, “Good job.”

There are 16.7 million people in Delhi. There are 11,297 people per kilometer and often it seems as if there are just as many cows and cars competing for space in the streets. But somehow, in a single, Christmas Eve day, I got a new passport. I took the photos in the back of a carpet store. I ate a tootsie roll pop in the U.S. Embassy and complimented the diplomat on her advent calendar and colored Christmas lights, while Terence sat outside reading The Economist, unable to enter because he wasn’t an American. We sat in traffic and more traffic, all caused by cows’ inconvenient wanderings, and whenever I could, I shoved roti and naan into my mouth to ease my anxiety. I apologized to my husband-to-be, and thanked him, too. He teased me about the circles under my eyes in my new passport photo, which looked like a mug shot of an American tourist who’d ended up in jail. He took the extra one and it showed up a few months later glued to my Valentine above the caption, “Life would be so much less exciting without you.”

Back at our hotel, we celebrated at a holiday buffet made for the tourists, complete with fruit carved in the shapes of animal faces, an Indian woman dressed as Santa Claus, beard and all, and a man playing Feliz Navidad on a synthesizer.

For the next two weeks, we traveled and I felt jittery and unsure of myself. We would be in a taxi or walking through a temple and my heart would leap as though I was falling and I would feel certain that I had lost something. Terence would see me jump and he would smile, shake his head, and take my hand. And we would walk on through the most spectacular structures either of us had ever seen, or we would sit in the car together, stuck in traffic, waiting for the cows to get out of the road.