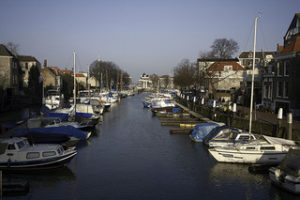 A baker in the square

Where nothing stirs but a pigeon

Reflections in an icy blue canal—

In the baker’s mirror flitting over a red currant

Scaring hell out of a feasting fly.

At the end of the mass, here comes everybody—alleluia,

Come, let’s take a boat ride on the canal

After a little nap. 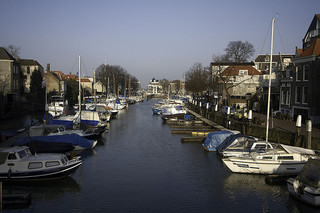 Marcel Proust (1871-1922) was a French writer, most famous for his seven-volume novel À la recherche du temps perdu (“In Search of Lost Time”). “Dordrecht” is taken from a new volume of his collected poetry, The Collected Poems of Marcel Proust,  (Penguin Classics), which is edited by Harold Augenbraum and  reviewed at The Huffington Post by The Common’s poetry editor, John Hennessy.

KAREN KAO
I thought we’d have a nice family dinner with my kids around the table. My husband and I would hand out our presents to family and friends and tell them our tales. Instead, I’ve been told to expect deserted streets and a city gone silent but for the sound of ambulances. 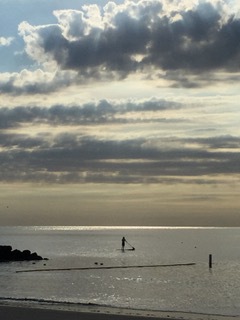 A Sliver of Wild

CINDY CARLSON
The walk has become a daily practice, in every weather. A constitutional of sorts, but more imperative. The water glitters in early sunlight or glowers under steely clouds. Laughing gulls whirl and scream overhead, their raucous, cascading calls tumble to the beach below.

The Streets of Tbilisi

A. MAURICIO RUIZ
Each day I went back to the Sololaki district and wandered into the quiet chambers of the past. Day or night I returned to amble on the sidewalks of Ivane Machabeli, my favorite street in old-town Tbilisi, a long shaded alleyway where lines of tall elm trees seem to extend their arms to caress the flight of a passing breeze.