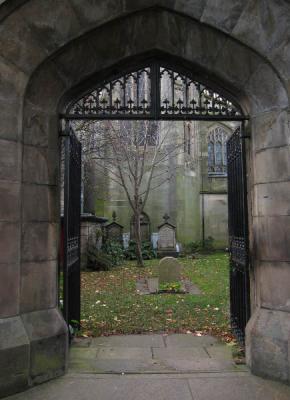 One day, I climbed to the top of the mountain with my baby daughter asleep against my breast, and found a trail down to the other side. I entered an ancient village preserved in the middle of this bustling modern city. The unassuming stone structures could have been an apparition inhabited by the restless ghosts whose graves I had just passed. Small, one-room brick buildings faced each other to form walled courtyards, where, I imagined, tiny-footed women once sat embroidering their four- inch shoes. The stone-tiled roofs were decorated with dragon-statues to ward off lightning and bad luck. Weeds sprouted from the cracks in the paving. I thought I had again found a secret passage into another time. But when I shared my secret with a Taiwanese friend, she laughed and explained that the little village had remained untouched because, in such close proximity to the spooky graves, it was bad real estate.

I’ve taken hundreds of pictures of buildings, windows, courtyards, alleys, doors, graves, and gates. I imagined I could capture a gateway to a permanence that underlies the constant fluctuations of our life. In a dream, I once discovered that these secret passages all lead to my hideout behind the picture frames in the attic of my first home and the place of my childhood, Oosterpark 82. I reached a beautiful mountain plain and as I walked over the dew-covered moss, I realized that the plain was our attic. I peeked through the picture frame and saw that nothing had changed: that my secret treasure box was still hidden behind a water pipe, that my swing still hung suspended from a ceiling beam, and that my rocking horse stood ready for play. 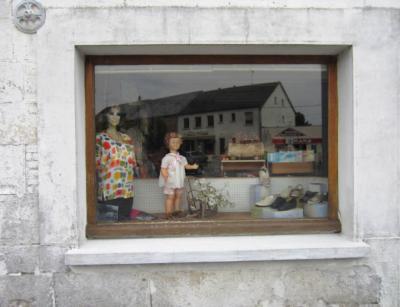 Last year, when I was in Amsterdam for a few days, my sister and I arranged a visit to our childhood home. On a gray, foggy December morning we stood in front of our own front door and rang the bell. The hallway looked exactly as I remembered it: the black-and-white speckled stone floor, bicycles clogging the narrow passage to the stairway, and the water-meter closet that housed Mrs. Witsen’s ghost. But the apartment we entered bore no resemblance to my memories. It’s strange, how time contracts and expands spaces that geometrically maintain the same dimensions. The cramped living room, which had seemed large in my childhood eyes, could now barely contain one person’s clutter. A table, an easel, and some piles of books filled up the space that had once contained our sitting corner, my mom’s worktable, my father’s couch, our dining table, our houseplants, a TV, and a rocking chair. The other rooms had been rearranged so that my old bedroom was now part of the kitchen.

I went up to the attic, half hoping – or fearing – I’d find my old self up there. But upstairs, nothing remained: the antiques had been cleared out, the gilded frames were gone, and, for some reason, the walls had been removed and the attic had been rearranged into storage spaces divided by chicken-wire.

Now that I’ve lived in this house in Vermont for seven years, and I have marked my territory by painting the walls, planting my roses, and staining the carpets, I almost succumb to the illusion of permanence. I’ve started to feel responsible for Mr. Tolman, Magdelna de Galateo, and the little ghost children walking down the road. 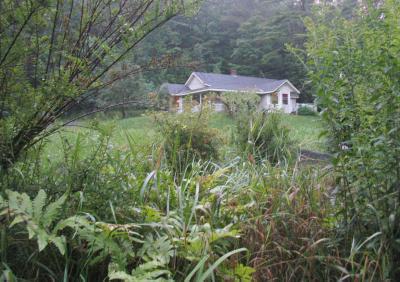 After I had received the old map of my town, I went to show it to my neighbor, Pete Chapman, a retired math teacher who lives where Mr. Tolman’s farm used to be. Pete was mildly interested. He told me about an old lumber road in the forest across from our house, which had once been a thoroughfare that lead to an old cider mill shown on my map.

I packed a picnic lunch and some candy for my children, and we set out, across the little brook and into the forest. We then walked along the property line of our other neighbors, New Yorkers who moved here after early retirement and who built a multi-million-dollar home in a large clearing in the forest. A trail started at the corner of the neighbors’ property from where it descended a steep slope. What once had been a road was now a narrow trail overgrown with weeds and bushes. In the shrubbery we heard the crackle of a fleeing deer. The sunlight peeking between the branches dappled the forest with golden splotches. It was hard to imagine that when Mr. Tolman and Mr. Hatch lived here, over a century ago, all this had been farmland. These hills used to be dotted with farms that initially grew wheat for export to the east-coast cities and then, when the soil was exhausted, were turned into sheep pastures. When the price of wool dropped and the sheep had devoured all the pastures, farms were abandoned, the farmers moved west, and the forest took over again.

Judith Hertog lives in Vermont, where she works as a freelance journalist and teaches writing at a state prison.