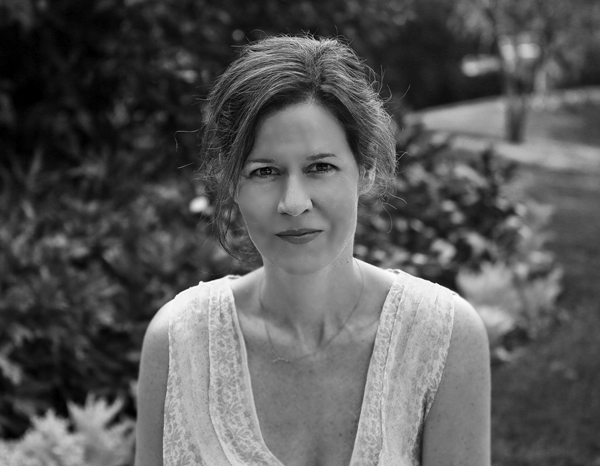 What have you, in such indignation, become. Dusty—
a vaulted interior echoing with air, envy, blood.
Vanity’s steady hum. Each wrong done to you
a gate that opens forever into storm. Farewell to cobwebs
swept with water-lights. Farewell to children who smile off
into the distance. They are clouds. They are the opposite
of hunger. Their small bodies packed with pranks,
fishbones and summer leaves, the bottle-green insects
flickering over a creekbed which is no more than a poster
tacked to a wall. At night, the creek lures animals
to drink. It drinks all the stars.

The birds have disappeared into trees, a troubling quiet.
You feel the loose mirrors around you, a forest of
water. Lakes sway in your chest. Will you starve
in such drench and coldness, be choked with distaste?
You could stand here for hours and then turn to
storm—sheer refusal and will. You could collapse
into fear and draw back into foam. These sheets of rain
are fences and crops, deeds, statues, ponds.
They are things you can’t change. Things you can’t say.

If you have grieved you have loved. Twinned,
like the sun’s thread-corona, the moon’s deepening
pearl. These violent deaths of stars an expanse
through which everything moves—lights thrown
from collapse. You are coastal, throatless,
roaming through people who hold tight then let go.
You are the blue forest through which sunbeams
sweep. And you are nothing but actions of the loom
threading aster and hunger. You are nothing but roads
interrupted by wheels. What will be left in us
but pure admiration? Dust released into night.

You are unscathed. The delicate grasslands
have thinned to pure sound traveling across miles
of white dust. The rustling of stalks and small wings
into incandescent violet air. The wrongs done to you
are nothing, every sign is a proof—your feet locked
to the cinder crater, your arms thrown open in vast
magnetic charge. You are pure flute, pure iron and luster,
you are the swinging lights of the deep drawn to surface
coolness. You have become everything you needed
to become, without regret speech or movement.
There is only night falling. There is no chance of error.

Joanna Klink is the author of four books of poetry. Her poems have appeared in many anthologies, including Resistance, Rebellion, Life: 50 Poems Now and The Penguin Anthology of Twentieth-Century American Poetry. She has received awards and fellowships from The Rona Jaffe Foundation, the American Academy of Arts and Letters, and the Trust of Amy Lowell. Her new book is forthcoming from Penguin in 2020. It includes a sequence of poems called Night Sky, based on the chambers of James Turrell’s Roden Crater.