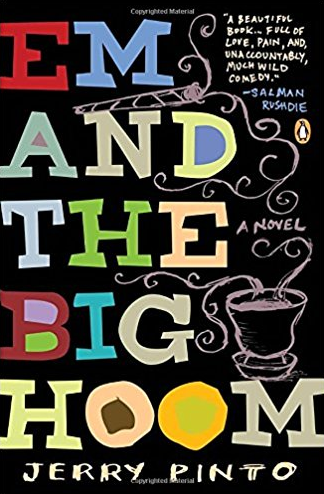 Em and the Big Hoom by Jerry Pinto

Jerry Pinto’s Em and the Big Hoom was published in 2013, but I keep returning to it, astonished. The novel seems simple enough: a son considers his parents’ marriage. His mother Em is Imelda, whom her husband Augustine also calls Beloved; his father is the Big Hoom to the narrator, and to his wife, Angel Ears, Mambo, and Limb of Satan, “because he was always tempting me to sin.” With this profusion of names, Jerry Pinto begins a love story that is wholly unlike any other, beginning in Ward 33 of Bombay’s Sir J.J. Hospital. (Psychiatric), we are informed in parentheses, though it is clear from the very first page that Em is not to be contained; she is too hilarious, too intelligent, too irreverent, too impossible, too beloved. “Mad is an everyday, ordinary word,” writes Pinto. “It is compact.” Love is an everyday word as well. But the miracle of this novel is how richly both are explored in the lives of this family. A book this slender and this evocative about “the City, India’s biggest, a huge city,” is another miracle. And there is a quicksilver brilliance in writing that moves back and forth so freely, so naturally, from wild humor to ravaging truths. “The world was on its side as we sipped our tea,” writes the son in a moment of heartbreaking loss. A minute later he and his sister are giggling, still terrified. The book is so moving, and its characters so vivid and alive, that I feel the world tilt to the side every time I fall into its pages. 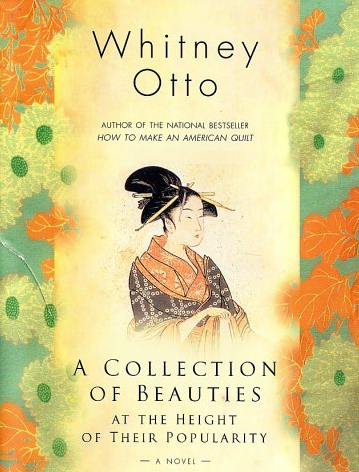 A Collection of Beauties by Whitney Otto

“The Youki Singe Tea Room is frequented by those of us out of college by a handful of years, not yet settled, who live in studio apartments so small that even a modest dinner party is out of the question. The Youki Singe, then, becomes an extension of our homes. It is a place to see friends, to laugh, to drink, to smoke, to change partners. To live in the moment.”
Whitney Otto is masterful at weaving together different narratives in all of her work, but in this novel, she is nearly flawless. Here are the stories of varied characters connected by place—San Francisco in the 1980s—but it’s more than proximity, more than simply living in the same zipcode. Otto renders each micosetting within this larger place with such detail and character, we are reminded that the houses, apartments, restaurants, and parks we inhabit, and the manufactured and natural elements existing within those spaces, also have stories that are entangled with our own.
Then there is the art. Each chapter is accompanied by Japanese woodcut prints made in the 18th and 19th centuries, along with descriptions of the stories depicted in them, which mirror the narratives taking place in San Francisco 200 years later. The characters in the novel are themselves (like all of us) shaped by art they encounter along the way, and within the novel we get insight into the works of Yoshitoshi, Marcel Duchamp, Man Ray, Elizabeth Bishop, Dawn Powell and others. So then, the places that are captured within those works, suddenly become connected to the larger narrative as well.
In the novel, the character Elodie Parker writes, “The beauty of a book is that if you are patient and thoughtful, it will come to you.” This is a book that deserves to read over and over, patiently and thoughtfully, because each time a slightly new story will come to you. 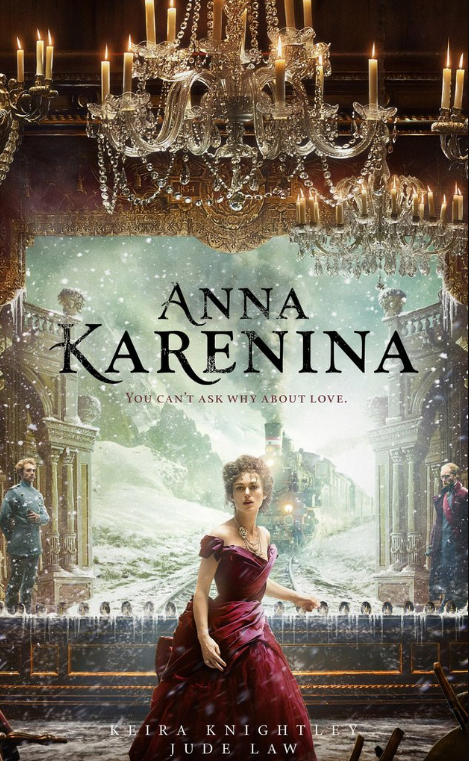 Anna is, physically, a massive book. But this is no cold or dour tome. It tells the interweaving stories of Anna and her sisters-in-law, the men and children they love, and the complex worlds of St. Petersburg, Moscow, and the Russian countryside in the late 19th century. Humorous as well as tragic, tender as well as destructive, these stories are as electric as Anna’s love of Vronsky. Even if you know the story, your heart will race to the end of the book. I missed my subway stop to finish chapter 17, part VIII. It was worth the longer walk uptown.

The Famished Road by Ben Okri

I first read The Famished Road when I was about 12 and much too young to know what to make of it. I have returned to it often since then, for its vivid rendering of a mystical world that parallels ours, and for its blistering political and sociological assessments. Set in an urban city in post-independence Nigeria, The Famished Roadtells the story of Azaro, a ‘spirit-child’ or Abiku—in Yoruba mythology, a child who retains ties to the spirit world so that he is destined to die young and be continually reborn. When Azaro decides to defy his spirit siblings and remain in the mortal world, he is haunted by visions of the spirits he has left behind. He struggles, also, with his parents’ poverty—his father is hot-tempered and impetuous and maintains somewhat impractical dreams of becoming a pugilist—and the chaotic social circumstances brought on by vying political parties. The Famished Road is a lyrical, surreal tale about change and its consequences, and about a country tottering under the weight of its colonial past.