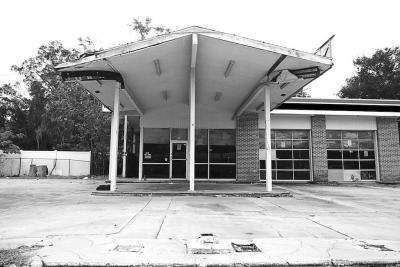 We see the first one in Bellport, eight o’clock at night, and we don’t know what it is. We’re driving along a two-lane highway on the south shore when we come upon it: a caravan of cars idling in the shoulder, taillights scarlet in the dark. “Should I be driving in that lane?” my husband says. Seeing no construction signs, we drive on. We pass a mile of cars. Then we see the gas station at the head of the line. It’s been three days since Sandy hit.

“People’s generators are running out,” my husband says.

Soon the gas lines are everywhere. Half the stations are deserted, blocked off with yellow caution tape — there’s no electricity to pump. The remaining stations are clotted with cars and mile-long queues. Police cars keep watch, lights flashing. Drivers camp out for the next delivery, texting each other when they hear of short waits. 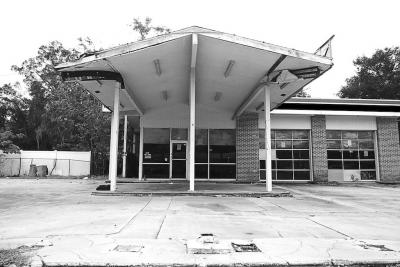 We live in that brackish part of Suffolk County where strip-mall Long Island meets rural Long Island. New York City is getting priority for gas deliveries, or so the rumor goes. How can I complain? Our household won the Sandy lottery. We lost power for seven hours instead of 14 days. Our neighborhood is a maze of felled maples and locusts, utility poles snapped in half; we watched our neighbor’s shed blow apart — but our house was untouched, unflooded, and we are safe. We live on the north shore, and the beach near our house was ravaged, the wooden stairs smashed and carried out to sea. But on the south shore, the same thing happened to houses. For gas, we can wait.

Another week goes by. People measure the lines in hours, anywhere from two to six. I’m working from home, conserving, and I haven’t filled up since the day before the storm. But as I head out one day to visit my mom — eighteen miles east, in the rural direction, with my son Charlie in his car seat — I realize the tank is closer to empty than I thought.

“Tell me a Lorax,” Charlie says. He’s two and a half, and he insists that all our stories be about the Lorax. Also, they must involve the weather: rain, snow, sun. Which sounds charmingly granola, except that he also wants the Lorax to get lunch at McDonald’s.

“Hold on, baby,” I say. We’re passing the defunct Grumman Naval Weapons Station, where a lone F-14 stands as a monument, surrounded by pines and bronzy meadows. We’re heading into farm country. And there’s a gas station here. Two pumps, two cars, no line. Odd or lucky? I pull in. The man at the first car mouths something, and I roll down my window. “Empty,” he says.

Why are you standing there with a nozzle in your tank?, I want to say, but this feels too confrontational. “Is that your car?”

“Yeah,” he says. “I’ve been standing here ten minutes and only got half a gallon. We’re probably sucking it off the bottom.”

I suspect I’m being had. I’ve heard rumors of hoarding. Is he waving me away because he has gas cans to fill? How long does a man stand at an empty pump? “I’m hungry,” Charlie says.

Cars begin to pull in behind me. Within minutes, the line stretches out of the lot and into the shoulder. I sit there as if I’ll get some clue to the truth. The two men at the pumps don’t move.

I give up and pull out. As I drive past them, I see the numbers on the pumps. They’re frozen at $4.17 and $18.35. Still, the men don’t move. They hold the nozzles in their tanks as if gas might begin to flow again.

I look at the last remaining bar on my gas gauge to see if it’s blinking.

A few miles down the road, it’s the same scene again. No crowd of cars — just a few people standing there, stock still, with nozzles in their tanks. This is somehow scarier than gas lines. I drive by, but then I turn back. Just in case.

Half the pumps are blocked off by garbage cans. I stop at one of the few open ones, swipe my card, and put the nozzle in. I squeeze; no tension. Above me, metal squeaks. I look up and see a battered metal sign rocking back and forth in the wind. It’s the cliché of every cinematic ghost town and post-apocalyptic wasteland, and I’m standing under it. I give the pump one more squeeze. Just in case.

The numbers on the display start to tick upward. I open the car door. “Charlie!” I say. “There’s gas!”

“Close the door!” he says. “Cold!” Yesterday we had a slushy nor’easter on the tails of Sandy, and it’s still frigid. I stand there pumping and freezing, grateful, but jumpy. The pump clicks off and I get back in the car. Ten bars on the gauge. Hallelujah. Cars are already waiting behind me.

“Here-it-is a granola bar!” my son says, delighted. “I founded it! It’s old. You got some gas? Why did you get the gas?”

He means Why did you put gas in the car? — he’s still learning the basics — but hours later, on the way home, I think of his question again, and hear it differently.

I’m driving home in the dark and we’re on our third Lorax when we pass the gas station where I filled up. It’s already dark and empty, tied round with yellow tape.