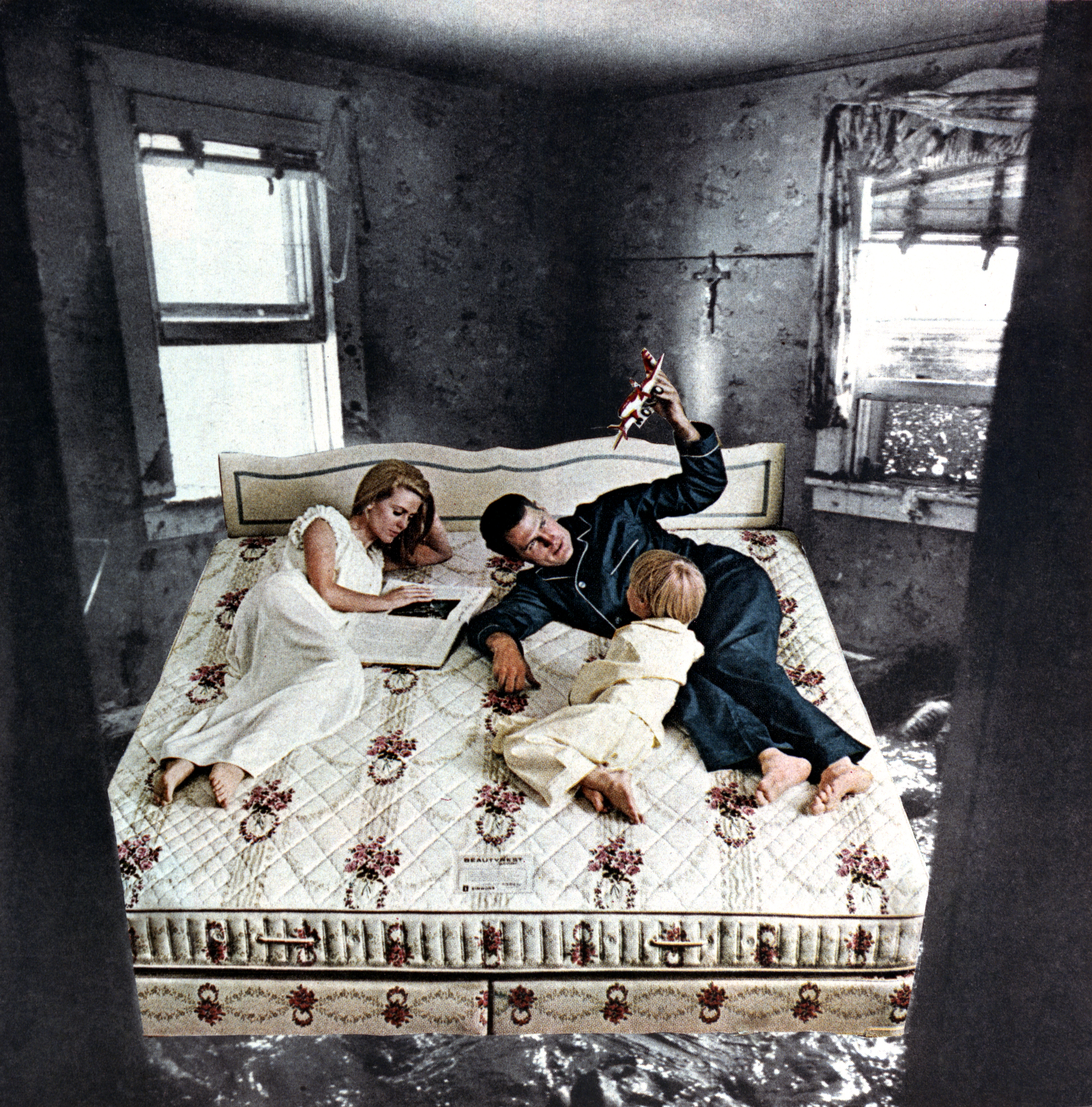 Martha Rosler is a New York-based artist and activist who has used the photomontage format to explore power, gender, and war in American society—themes that are as present today as they were when she first began experimenting with these ideas in the mid-sixties. From the inception of her career, which has spanned media, Rosler has maintained her investigation into the distribution and reception of mass-produced images, using the collage format to layer disparate images—from fashion, advertising, lifestyle, politics, and war—to suggest the simultaneity and indeed co-dependence of seemingly distinct realities. Her groundbreaking early work, including Body Beautiful (1966–1972) and House Beautiful: Bringing the War Home (1967–1972), established a firm visual foundation in which the “ugliness” of violence—initially the Vietnam War, then Afghanistan, and now encompassing other atrocities—punctures the veneer of domestic perfection as staged by lifestyle magazines and mainstream advertising.

In the selection that follows, the tensions between these worlds are made graphic: red foliage resembling blood flows through backyard streams, families lie on pristine mattresses with windows opening onto a landscape in disarray, and soldiers maneuver through tidy kitchens and living rooms. Through her deployment and recombination of reproductions, Rosler’s efforts also expose how familiar photographic traditions serve to reinforce ways of looking: black and white for photojournalism, saturated color for “fashion work,” and air-tight compositions for home interiors. As such they hint at the ideological underpinnings of photography, whether commercial or editorial, as a means of persuasively selling a narrative that may or may not resemble the truth. Her longstanding use of the photomontage is a singular technique, but one that is at its core about the invasion of images, whether in the form of visual fragments cutting into one another or pictures that, for whatever reason, are impossible to shake once they have entered one’s consciousness for the first time. 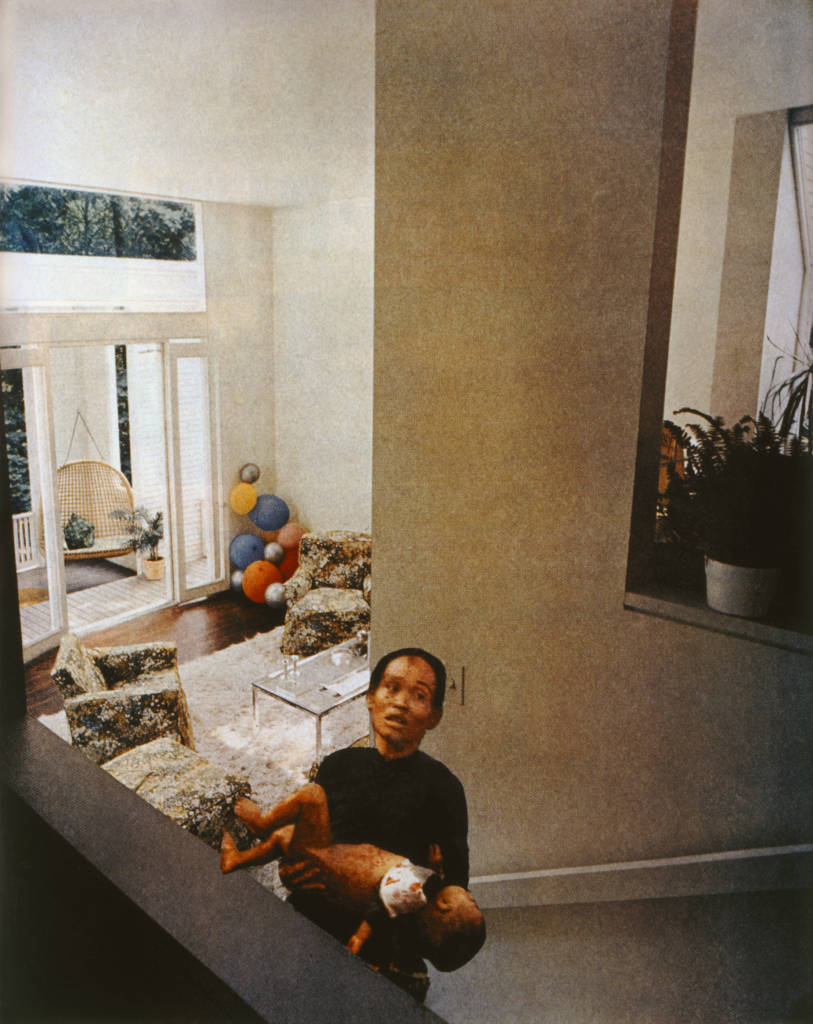 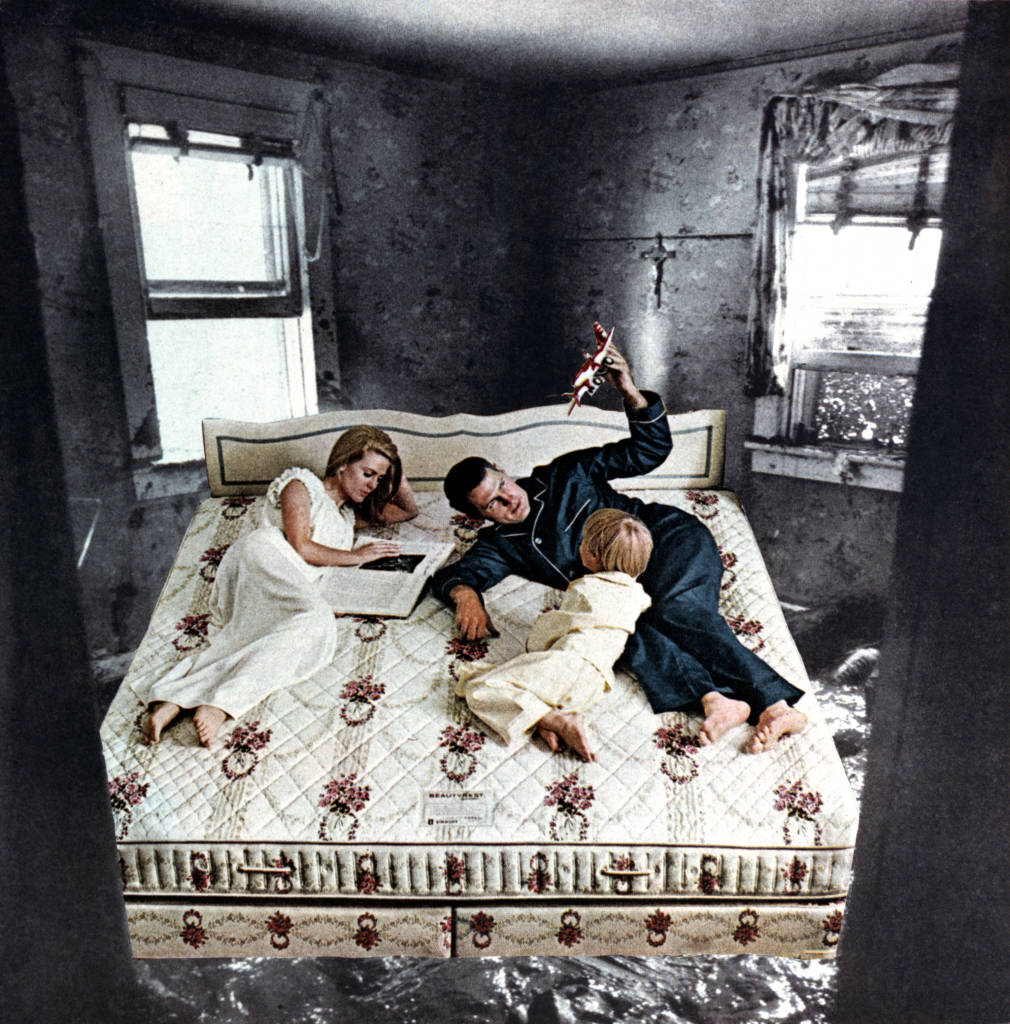 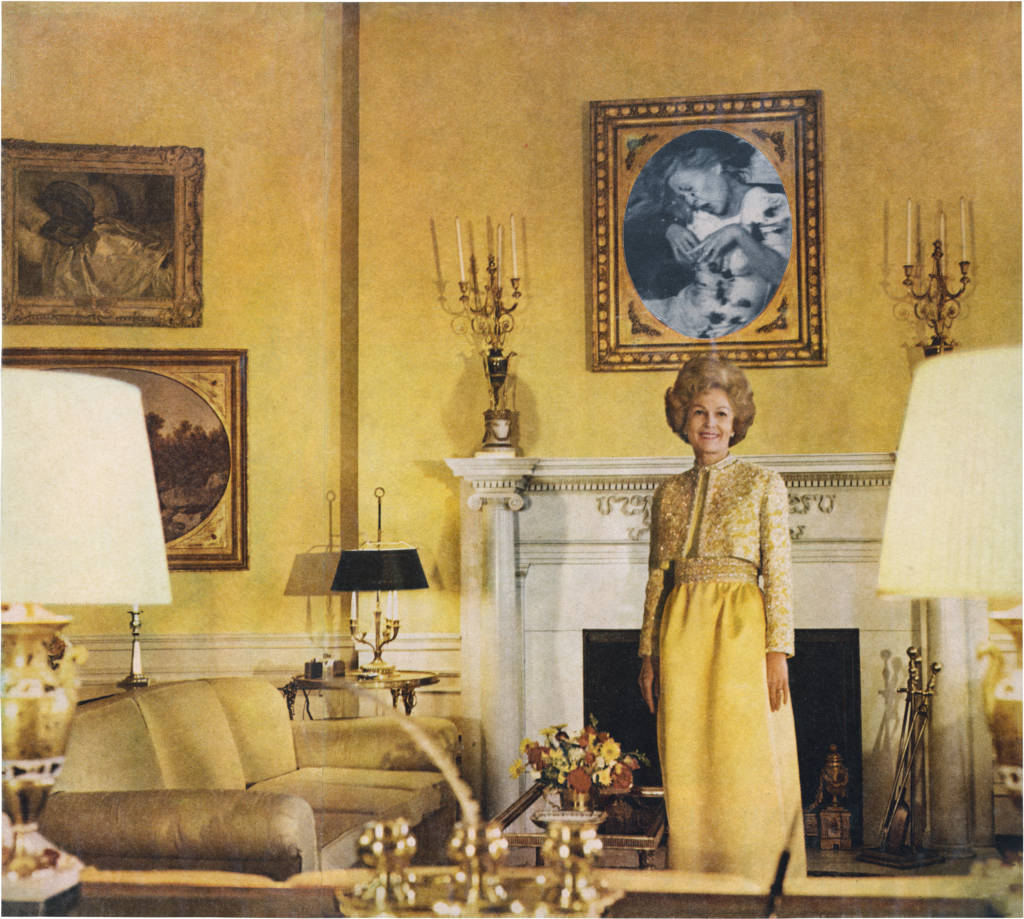 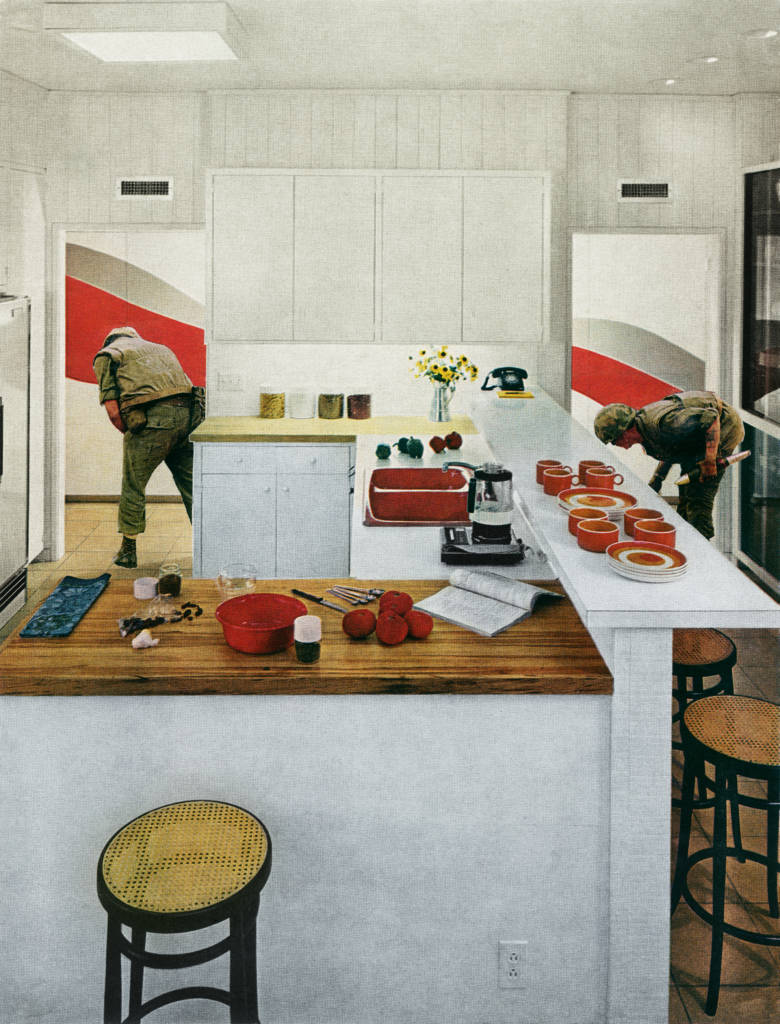 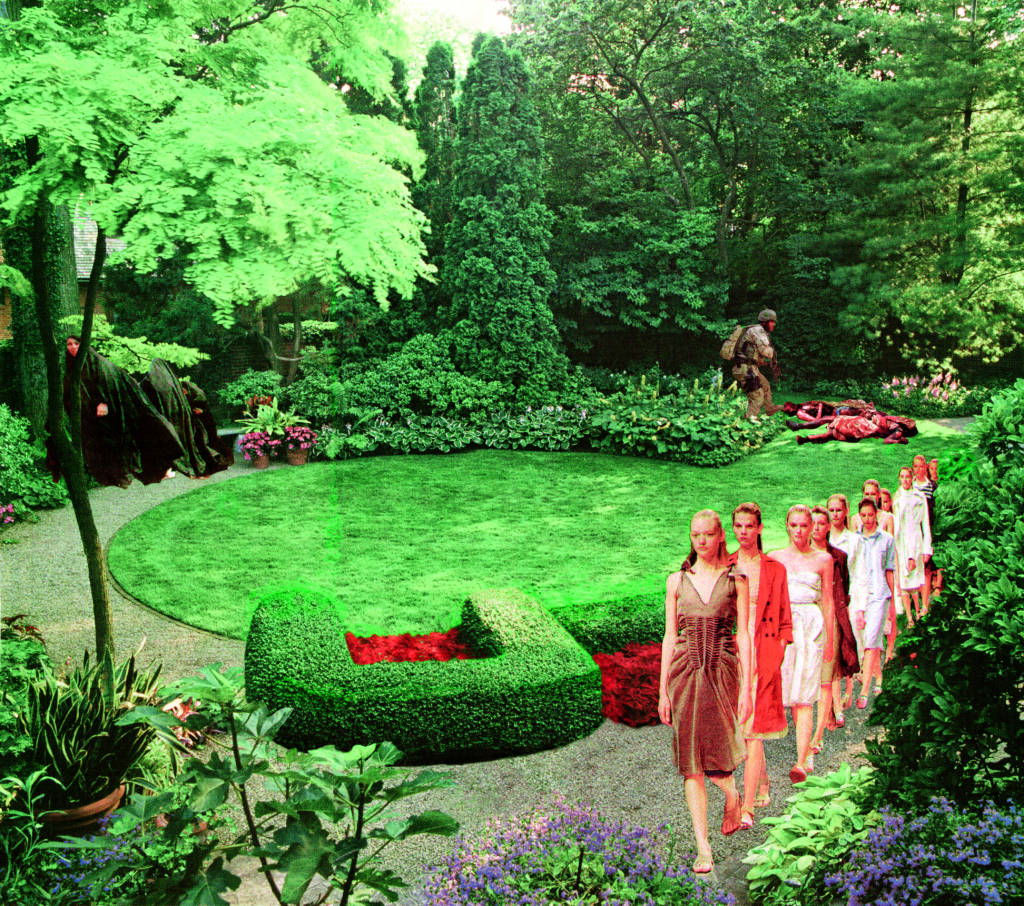 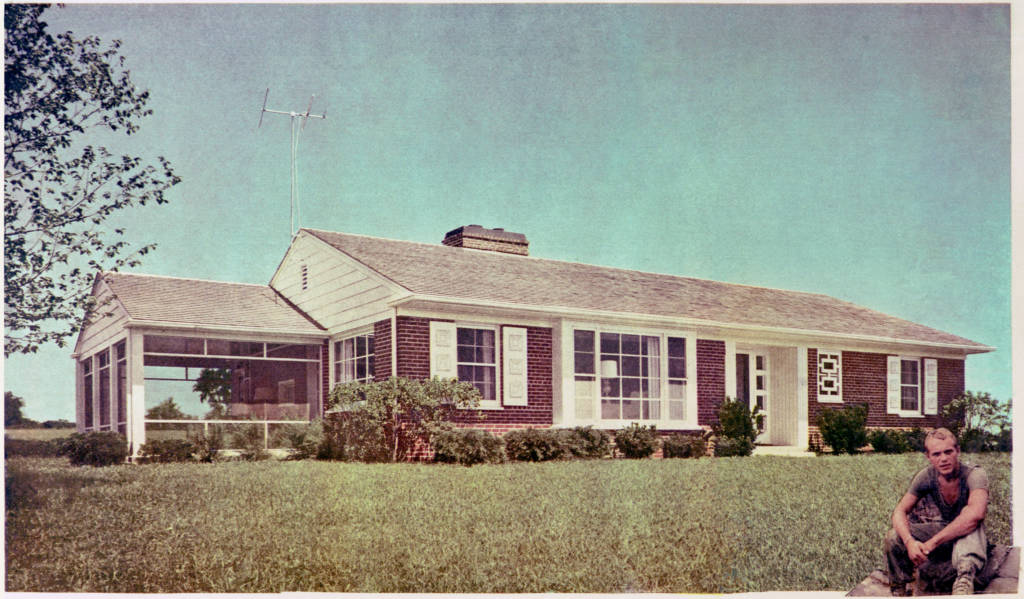 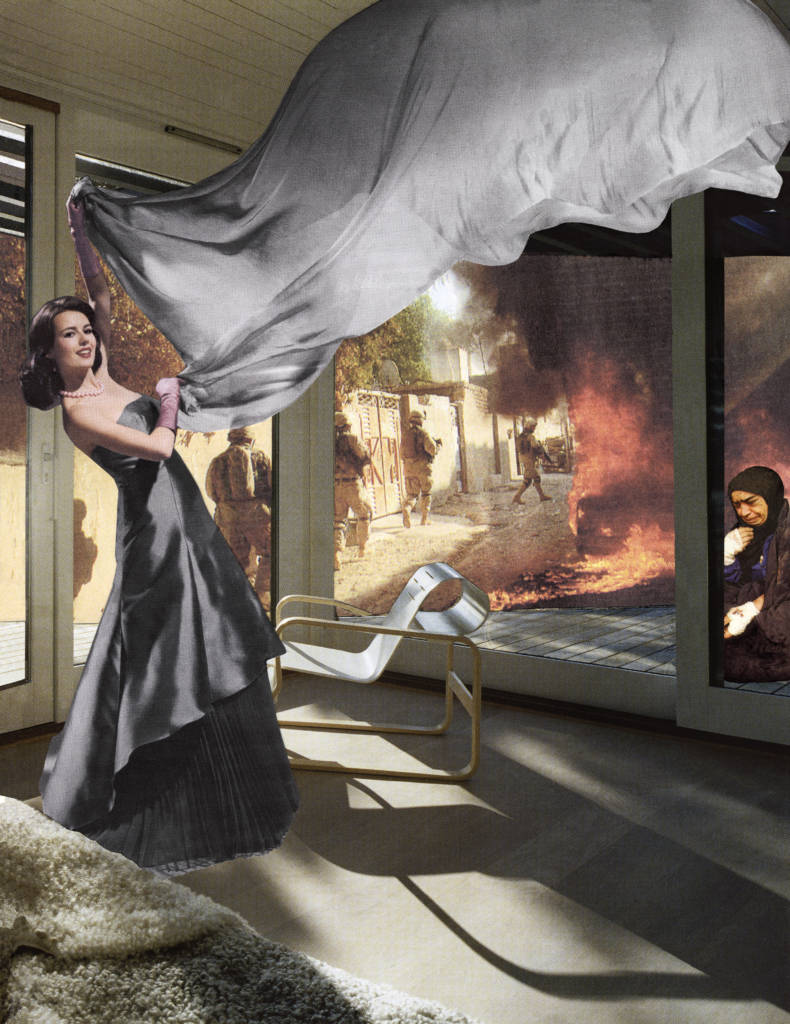 Martha Rosler is an artist and writer who lives and works in Brooklyn, New York. This fall, she has a show at the Basel Gegenkunstwart Museum in Basel with Hito Steyerl, and a solo exhibition at New York’s Jewish Museum.

Darsie Alexander is the Susan and Elihu Rose Chief Curator at the Jewish Museum, New York. She has held positions as Executive Director at the Katonah Museum of Art (New York), Chief Curator at the Walker Art Center (Minneapolis), Senior Curator of Contemporary Art (Baltimore Museum of Art) and Assistant Curator at The Museum of Modern Art (New York). Her first acquisition as a curator was a selection from Martha Rosler’s House Beautiful: Bringing the War Home, now housed in the photography collection at MoMA.