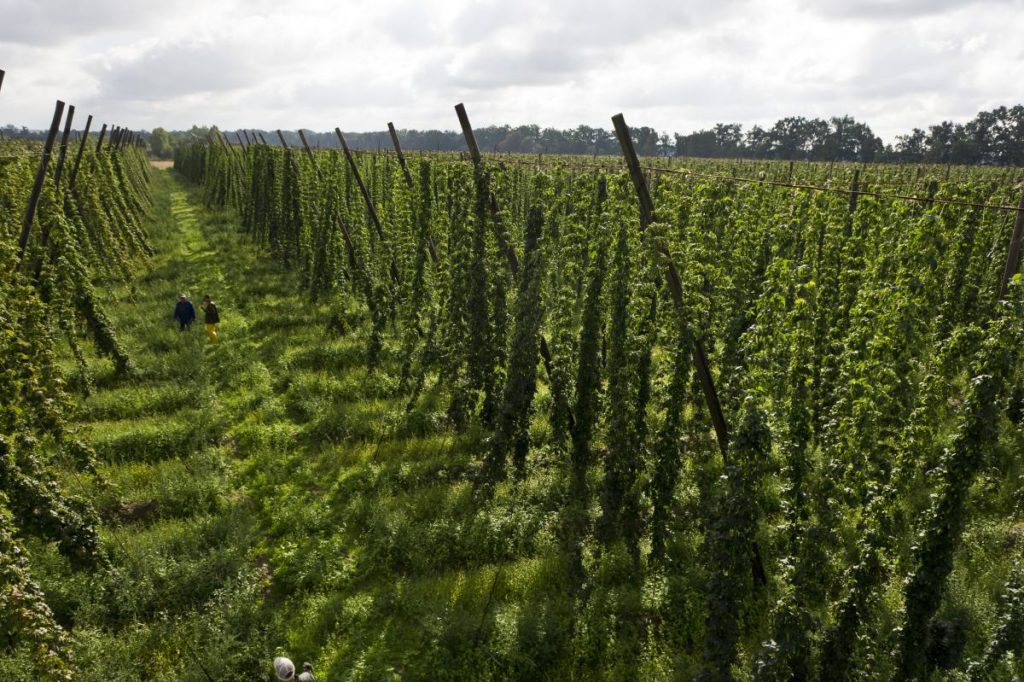 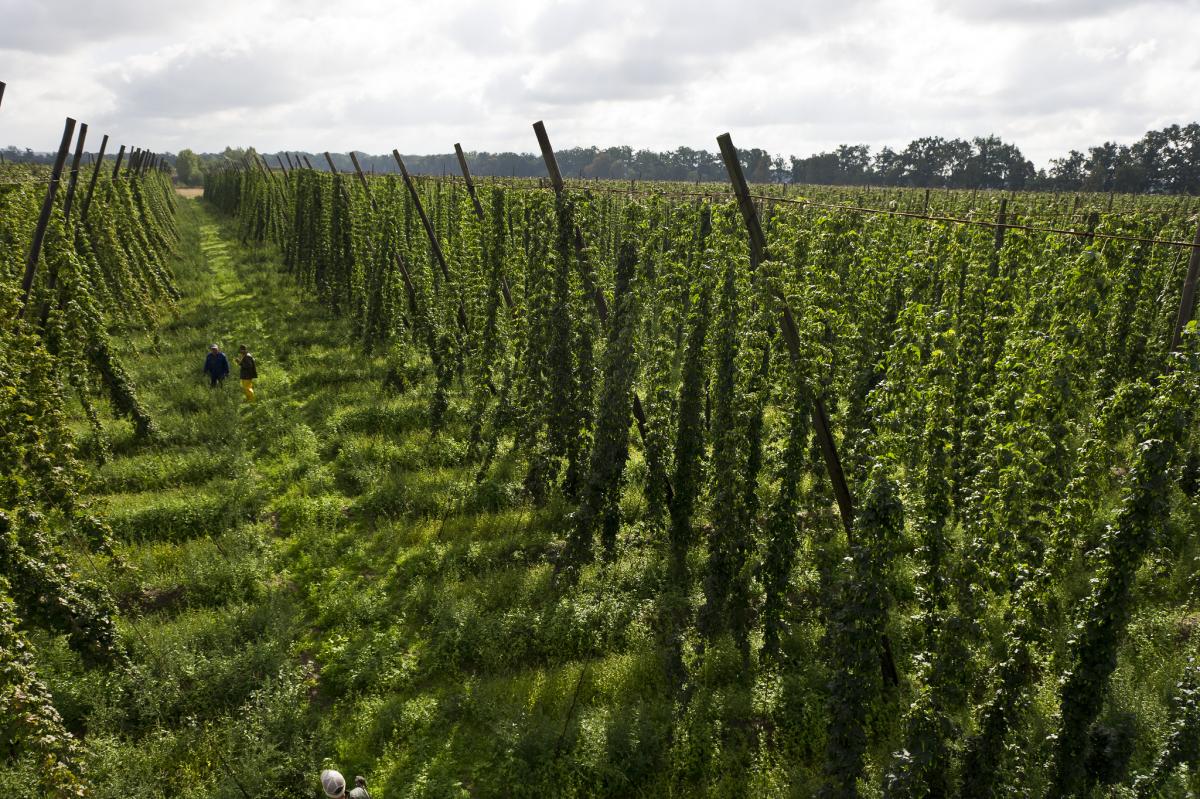 Hops fields are jungles of rope-like vines climbing trellises to a height of more than ten feet. The narcotic plant did two things to me: it made me sleepy, and it ate through my clothing, perhaps a result of pesticides. No formal training was required, and it was understood that I was to be hoisted up in a bucket attached to a tractor to cut the thick vines at the top of the plant. The long clump would fall into a trailing truck. When we reached the end of the row it was also implied that I would sharpen my machete with a whetstone, something I had never done before. Neither the tractor nor the truck would ever stop moving.

The combination of machetes and men—many of whom were moonlighting and had not slept for days—was fraught with danger. By mid-morning on the first day of harvest three men were sent to the ER with bad cuts, and two guys named Buzzard and Rock were sent packing after a fistfight. The last I saw of them they were leaving the field in the back of a truck while pounding each other in the face. I learned later that they were first cousins.

Another guy, who kept a moleskin notebook in his back pocket, wore a checkered kaffiyeh head scarf around his neck and a Che Guevara t-shirt, made a scene and told the foreman he had bad karma. Che was fired on the spot. He left a long note—more of a manifesto—about workers’ rights and the rising power of the proletariat on the windshield of the foreman’s truck.

The foreman with the bad karma, Miguel, wore a cap advertising the herbicide paraquat. Anger was his overriding emotion. Rage trailed not far behind. When he loaded us in the trucks at dawn he glared at us and said, “You know, when I first come to this country you putos disrespected me and my family. I do not forget such things.” He spit something thick and yellowish in our direction and slammed the tailgate.

On that first day, I tried as hard as I could to stay out of the way of Miguel but there is no place to hide when you are riding high above everyone else in a bucket. I felt like I was atop an elephant. Miguel sensed my fear and soon turned his vindictive wrath toward me. I was made an example of how not to do things: How not to sharpen the machete. How not to cut the vines. How not to keep up.

As I hacked away, my arms screaming in pain, I contemplated my limited options. I could quit, but I was a broke twenty-year-old with no prospects, squatting in a camper trailer along the Rogue River on land belonging to a family of paranoid biker pot growers. The place was infested with timber rattlers that basked on rocks in front of the trailer during the day. I ate a lot of brown rice. I needed this miserable job.

When lunch finally arrived I barely had the energy to eat a soggy cheese sandwich and an apple. I watched as Miguel’s family joined him. His wife had a thick waist and a long, rope-like braid of dark hair. She laid out plastic plates heaped with tamales and roasted corn on a blanket as three giggly girls in summer dresses twirled around their father. Miguel could not stop smiling as he hugged and tickled them. He looked over at me and nodded as if to say, see, puto, you and your kind did not defeat me. I have everything I need. Family and love. You have nothing. I smiled back not quite understanding that he was right.

Stephen Lyons is the author of four books of essay and journalism.