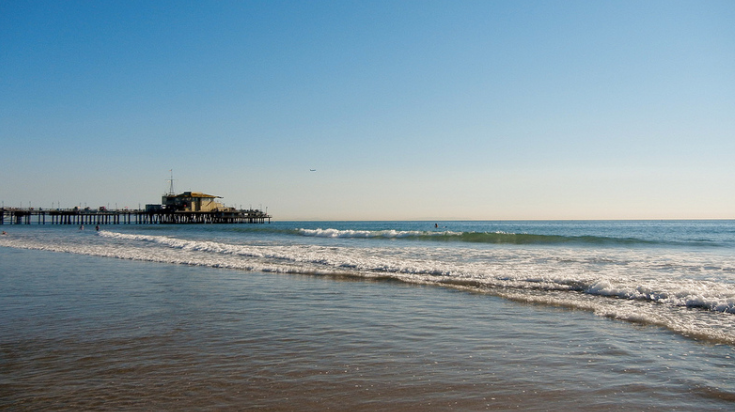 I remember how the air smelled, of eucalyptus and the Pacific. I was sitting under green corrugated fiberglass panels in an open-air classroom a mile from Santa Monica beach when President Kennedy got shot in the head and neck. Dallas was my hometown, and I started fourth grade back at the scene of that crime. A year later, we moved again, this time to New Hampshire.

But who could forget the Pacific Ocean? I returned to it as a teenager, riding my thumb out of New England in the late sixties, when all the young dudes were on the road.

California was exotic and it was a big notch in your traveling gunstock to be wandering the Sunset Strip. I started off staying with friends of my mother’s, then with Hari-Krishnas, and then with freaks that had a bungalow off Fairfax with ten people living in it, all stoners but me; I wasn’t a hippie, no sir.

I took work in coffeehouses and then later outside the city limits on little ranches where I was exploited digging irrigation trenches before landing in the high desert looking after twenty Arabian horses. It was a magical pocket where the outer banks of San Diego County graze the edge of the desolate Anza-Borrego Desert State Park. I lived in a small trailer without wheels that had a rounded prow and a porthole window. It was painted flat gray and looked like a Jules Verne submarine marooned in the sand by some Biblical tide or tsunami.

My employers, Ben and Florence, lived a half mile down the road. He worked for the state and occupied the county residence where all the trucks and road maintenance gear were housed. The horses were his wife’s passion. They had no children.

Ben was a big man, who favored green, heavy twill work clothes, and cowboy boots with a working heel that had him pitched slightly forward. He wore a silver Timex with a metal band that clung to his thick wrist with gritted teeth and an oval rodeo buckle on a tooled belt that similarly struggled underneath his gut. His pale yellow lacquered cowboy hat had grease prints on the brim and when he removed it, his short, slightly curly black hair had the wet look of a newborn calf.

Florence reminded me of my grandmother Lila. She had the same gruff to-the-point manner and the same, “Life is to be endured and people are weak and disappointing” kind of expression. Desert people, I came to understand, were not inclined toward frivolity and Florence was no different—with the exception of her Arabian horses, which were considered pretty, but useless.

I ate with them two times per day and was fed so well that I, a skinny teen, cared about little else. When the Missouri mother of Ben came to stay, she crowded the big table in the center of the kitchen with her steaming plates, passed to and fro, meatloaf, mashed potatoes, greens, carrots, stacks of sliced bread, tub of butter, pitcher of milk, homemade pies and hot percolated coffee—that big woman took me as a challenge to fatten and delighted in my voraciousness. She was an artist in what she did with plain food and my appetite became nightly theater that always brought them to their feet.

In the narrow bed of my trailer, I dreamed of importing my girlfriend, and although she didn’t altogether know that she was my girlfriend, that did not interfere with my plan to “send for her”—as they described it in western chronicles after the man has staked a reasonable claim. There was an old cabin not far from the barn. Its adobe sidewalls were intact, the roof partially collapsed. I would repair the roof and install windows in the gaps made for that purpose. She and I would live a sweet existence, training horses and riding into the stunning desert sunsets—a hippie dream modified to accommodate my Texas roots.

Deep down I had contempt for the hippie life— everyone in pseudo agreement, beginning and ending every sentence with “man.” People being people, such smiley goodness would pervert in no time and I confess that girls who did not shave their legs was a hurdle I could never overcome. The exception was the girl I so fancied. Although a bonafide hippie, she was of Swedish descent and the hair on her legs was a translucent down that you could hardly see with the naked eye.

I mucked stalls in an artful way, banking the sawdust against the cinderblock walls, separating the soiled from the clean, all the while talking to the occupants about their living habits. I washed and groomed them, fed and watered them and learned to ride well. I thought I might go to horseshoeing school at The University of Oklahoma and pull onto the state road every day in a dual-wheel pick-up with coke stove, bellows, and rows of stock shoes dangling in the back. I would clad the feet of horses throughout the area including Del Mar, a triple A track where the good money was.

And my girl would see me off with a cup of tea in her hand, leaning on the post of the porch, the light hitting her just so. I was a romantic in this way and while performing chores, I would embellish and detail my fantasy like an artist who returns to his canvas each new day, adding the cup of tea, debating the color of the mug, the shine of her hair.

One of my weekly delights was to saddle up and ride the perimeter of the ranch and then down into the wash to scout for Illegals coming up from Mexico. We had a camp set up, with an outhouse, cold-water shower and a bricked-in campfire with grates for cooking. The iron-rich water that was piped up from the barn tasted of nails but I learned to like it. “Bienvenidos caballeros.” I knew some Spanish and they had no reason to be afraid in those days. They would lift their hats and smile and wipe their brows with relief as if they had been looking for me.

If we could give them work, we would, and if we couldn’t, we would call around and find people that needed brush cleared or stonework done. By luck, some good masons came through our way and among other more useful constructions Flo had a huge stone entry gate built at the road. A bronze bell dangled from the grand arch along with a carved sign announcing the name of our ranch and the breed of horse that occupied our paddocks. It had the unintended effect of making the barn look small.

The correspondence with my girl had fallen off on her end and what missives I did receive seemed like perfunctory responses to my vast festooned tales of lightning storms, singing campasinos, staggering blue moons and howling coyotes. I never really did believe in my fantasy plan; it was just something to think about, it seemed right to have a plan.

I pushed on after a few months. Out of loneliness or restlessness, I gave my notice.

Before dawn, on the appointed day, Ben drove me out to the interstate, taking the big flatbed (as Flo instructed) so he would be sure to not waste the trip and could go for hay after dropping me. We shook hands and he spoke for both of them saying that they had enjoyed my stay and were pleased with the things that we had accomplished together, all the new fencing and such, and wished me the best of luck in whatever endeavor I chose to pursue. I headed east but could have just as easily gone west had I been let off at that ramp.

My Stewart boots, hand-made in Tucson, had been worth the investment, as they felt sound on tarmac. I had gained ten high-quality pounds that would be slow to shed. The previous week, in Ramona, I had purchased a Resistol lacquered hat and a new snap-button shirt, in white, along with the boots. Even after those purchases I carried five hundred dollars, the bulk of it taped to the inside of my boot tops. I had arrived at the ranch with seven.

I walked up the ramp to the highway with my canvas bag. The sun peeked over the horizon spilling gold all over everything, willy-nilly, bathing me in it. I adjusted the brim of my new hat, pleased with the fit. The air smelled faintly of eucalyptus. It was so quiet for a time, I thought I could hear the sun rising until I caught the faint burp of a diesel downshifting, behind me, in the distance, in the west.