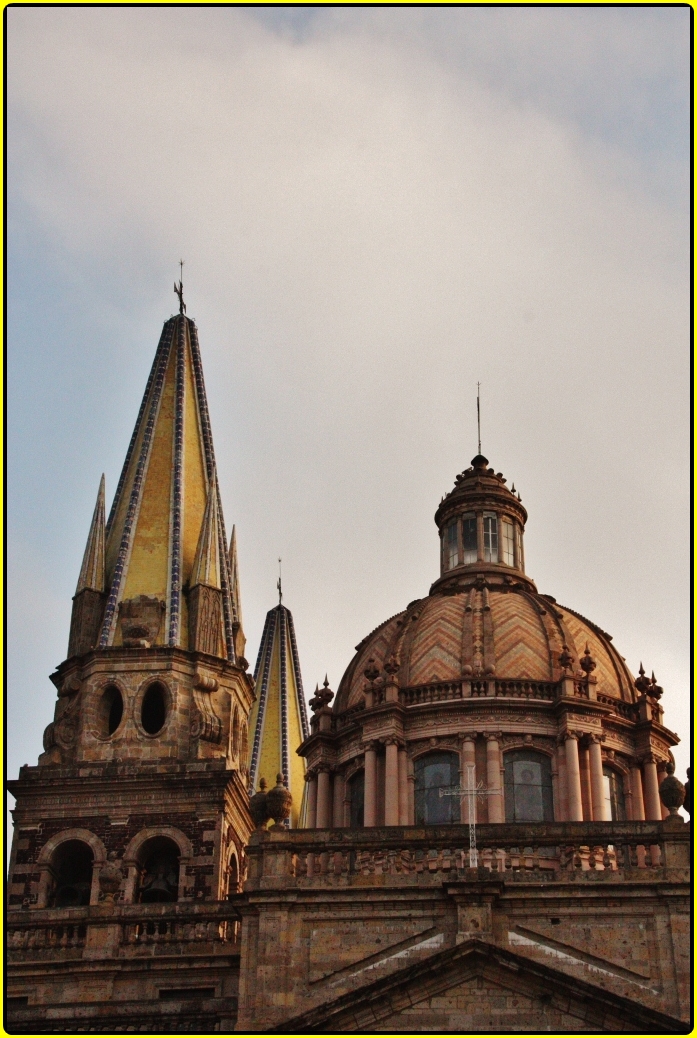 We stayed with your mother in a tenement made of metal and painted stucco during the high holy days of August, the little chapel of La Virgencita a vision from our bedroom window. Flanked by powerlines and pigeons, its white façade projecting shadows on pedestrians as they strolled past. Each day we woke before dawn to sip bitter coffee and watch men in stiff robes ring the chapel bells, tracking their steps as they ascended the tower. Together they tugged the ropes to rouse the townspeople—to check they were alive.

The air was slick with heat most days, so we had sex and slept to pass the afternoons, surrounded by a cloisonné of rock and stone. In the evenings, you led me through narrow avenues, where old women sat in squat plastic chairs shaping and rolling heavy dough, their hands solid bronze. You bought me ice cream from shiny steel carts in the square and held my hand in the park at the center of town, cupping it in yours. We passed the days like this under a sick sky, its dull constellations spreading like a celestial rash. But I loved you under this dead sky and I said it often and you said it back like you meant it while you kissed the salty lines of sweat that rolled down my back, fingering the beads and smearing them against your forehead like holy water, a noxious elixir.

A festival, a feast day for María—the only virgin left in town, your mother reminded me; the robed men fired off mortars in the morning before the sun rose to remind everyone else, too. They wheeled out their supplies as the birds began their sunrise song, cradling the barrels of fire against their bellies, whispering a prayer before locking them into place and striking their first flint. We decided the barrels looked like telescopes, but the birds stopped singing and we watched in silence, you squeezing my hand.

The sun rose for six days before your ears had had enough. You set your watch to an ungodly hour: you wanted to beat the men, outrun their fuses and bells. You’d race to the other side of town, slapping your sneakers against cracked concrete because you believed this was the answer. I wouldn’t let you go alone, so you took my wrist and tugged, twisting it through crooked streets, reducing it to bone. You pulled me past hot lips, past potted lilies and jasmine, past lush palms until we were lost and I felt the thrust of a tear crest against my lashes because you wouldn’t look back at me. But I needed you to look back because the sky was breaking and we were breaking and I needed you to know how metal burns.

We stopped next to a fountain where crickets chirped over a pool of wrinkled black. Your breath left you in calm streams, but your pleasure was invisible in the dark. You wanted to be sure the men had spent all their mortars and when you were, I knew you’d leave me, steal back to our bed where you’d try to dream behind the metal door, while the sky began its final split and the birds mourned on pavement pillows and I would stay behind, waiting for a sound, searching for signs of an aftermath.

Amanda E. Gomez holds an MA in Technical Communication from Texas State University, where she teaches writing. Her work has appeared in Gulf Coast, Word Riot, and elsewhere.