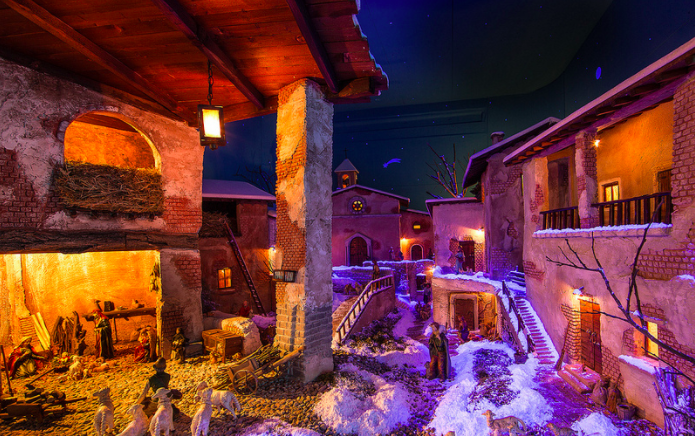 By KEVIN O’CONNOR
Strange you came onto me at Children’s Mass,
standing in back, minding my unbelief,
as Thomas doubted physical return.

Eyes darting like fish and perfume smelling
of desperation, you must have fantasized
that I would recognize you after years

in the parish Church where we were baptized.
“Come here and touch my breasts,” you said later
as if they were wounds that wanted salving—

and would prove the body’s resurrection,
your mind’s relief. I could only agree
to stay up with you through Christmas Eve

to try and keep your soul from going dark
as you had once watched mine almost flicker out;
so like the cock of dawn who shoos the ghouls

away, I talked all night from memory:
the time it rained for weeks in Vancouver,
without sun or stars for so long I began

to hunger for light and stayed out all night,
then sleepwalked through forty more days of rain:
you and Robert made your home my harbor.

Since those days I had played the prodigal
son, learned to swim the narrow straits of home,
beyond survival in a storm toward grace.

Then even in a flood I could look for others—
confident, afloat between instinct and choice,
either shoring up the banks of self

Noah’s cruise ship did not invite singles,
and with Robert long gone, you had washed up
in the psych ward at St. Vincent’s by New Year’s,

where you sat like a mother in the crèche
absent Baby Jesus; how sad or sweet
that I alone had come to greet and witness.

You could have been Mary nagging her son
to settle down with a nice girl, or I
Saint Peter, denying your meds three times

before an intervention. Sitting on bright
colored cushions in the visitors’ lounge,
having surfaced for air, you seemed becalmed.

Seeing me again as the young man
you had once harbored from the storm,
did you know me as the heedless diver,

not your angel of water-weighted wings
crying for help, who needed to be saved?
Did you feel better being my way toward grace?

Kevin O’Connor has recently published poetry in Notre Dame Review, Fulcrum, The Recorder, and Alhambra Poetry Calendar, and he is an editor of One on a Side: An Evening with Seamus Heaney & Robert Frost. He teaches at Phillips Academy in Andover, Massachusetts.