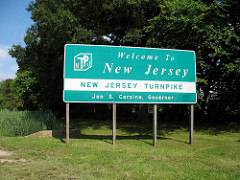 “A state of mind,” my grandfather would say,
the sun as fierce as Mr. Cossimo’s
critiques of everything, from his wife’s sauce
to Senator Bill Bradley. Usually,
we talked about his garden, where he grew
tomatoes, Swiss chard, peppers, cucumbers,
and white eggplant he said were better than
the Cossimos’. “A state of mind, grandson.”
He talked in quiet tones, as if suspicious
of his gigantic dahlias, which were
as tall as I was, leaning in from beds
he tended just as faithfully. “A state
of mind,” I said to myself, mimicking
his resignation to such forces I
could never understand—like those that caused
the cucumbers to grow, they were, like God,
or like whatever kept my grandmother’s
bouffant hairdo from collapse, powerful
and yet mysterious. He himself was bald,
like Mr. Cossimo, but not as fat,
which made me sometimes wonder whether that
was really why he thought his eggplants were
superior, and why they disagreed
on politics, religion, and the Mets.
“The Lord is everywhere,” he’d say,
“so why they need to put Him in the laws?”
Lunch time we sat outside, splayed in lawn chairs,
him with his wine and me with my Kool Aid.
We’d admire the huge dahlias; I’d look
for God in the tomatoes. “State of mind,”
he murmured to himself, dozing. Inside,
my grandmother and my two great-aunts cooked
a feast for the whole family, black pots
releasing steam at intervals as if
divulging the forbidden love affairs
of those who stirred them ever warily,
while God kept watch like in Calabria.
That kitchen was too small for all those large
Italian women, whose torpedo breasts
would smother me as they leaned over us
to serve. With darkness falling, baseball on
the radio, I knew they’d be back soon.
The headlights washed the house in ghostly white;
bugs’ shadows flitted magnified against
the blank expanse of the shut garage door.
“A state of mind,” I told my parents when
they questioned me about my day. I held
a shopping bag on my sunburned lap,
heavy with fragrant, ripe tomatoes. “God,”
I told them, crying, “He is everywhere.”