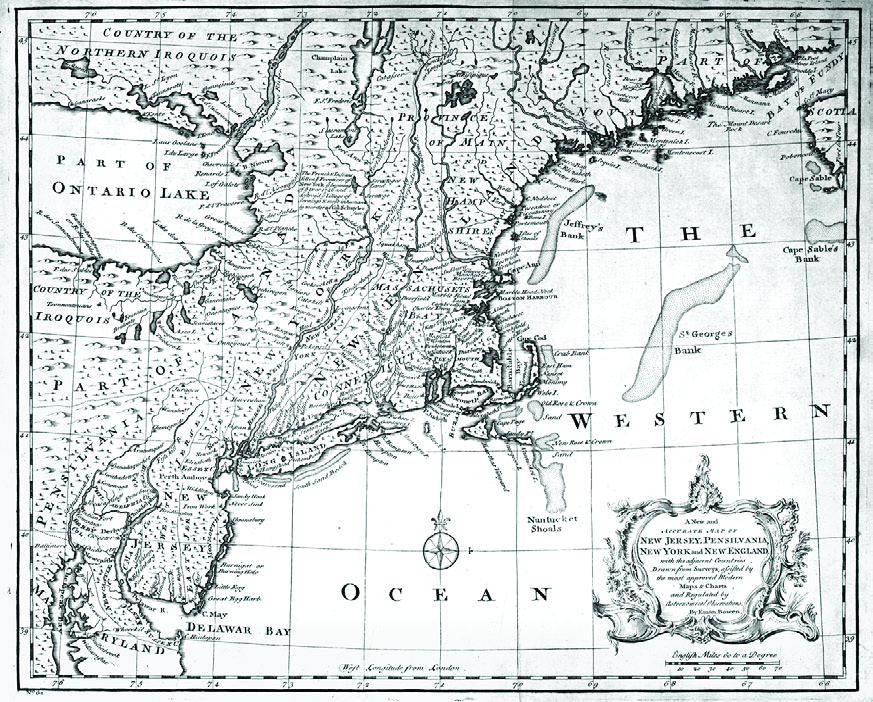 Maps are one way humans make sense of their environment. In this age of Google Earth, where a few mouse clicks call up a satellite image of almost any inch of the globe, it can be difficult to imagine a time when maps were often based as much on hearsay and guesswork as scientific surveying.

Of the maps included here, only Henry Timberlake’s map of Cherokee Territory is based on an individual’s first-hand experience. Timberlake was a member of a British colonial force sent down the Tennessee River in 1761 to confirm that the Cherokee villages had, in fact, ceased their hostilities against the British. This mission explains why his map includes a list of “Names of the Principal or Head men of each town, and what Number of Fighting Men they send to War.” One also has to wonder what use such information was by the time Timberlake included this map in his Memoirs, which he published at his own expense in London in 1765.

“A Plan of the City and Lake of Mexico with an Elevation of an Ancient Temple” was published in Salem, Massachusetts, in 1803 in a two-volume set of The True History of the Conquest of Mexico. This edition was a new translation of the original 1568 account by Capt. Bernal Díaz del Castillo, one of the conquistadores who accompanied Hernán Cortés in his campaigns against the Aztec empire in 1519-1521. Why was such a work printed in Salem in 1803? Díaz del Castillo’s account was written, in part, as a defense of the alleged cruelties of the conquistadores—his answer to harshly critical histories of the war between Spain and the Aztecs. This map illustrates the scale of Aztec engineering, including the network of causeways and settlements around Lake Texcoco and an “Ancient Temple” nearly 200 feet tall. Readers in the young and expanding United States couldn’t help but compare that map of Mexico with the apparent lack of such structures and networks among the native peoples of North America.

By contrast, Emanuel Bowen’s 1747 map of “New Jersey, Pensilvania, New York and New England” neatly confines the Country of the Iroquois to the areas north and south of Lake Ontario. The North American natives are almost entirely written off the map. The French & Indian War (1754-1763) began as a war of maps, a contest between the British and the French to determine who controlled what portions of North America. This map locates a tidy strip of Canada as a buffer between New York and the Iroquois, though a French map from the same year would tell a very different story.

The map of “L’Asie,” based on the work of the members of the Royal Academy of Sciences in 1700, is a fine example of the state of cartographic arts in France. Louis XIV founded the Royal Academy in 1666, partly in response to the founding of Britain’s Royal Society for Improving Natural Knowledge in 1660. The conflicts between Britain and France that would reshape the maps of their North American colonies would also drive scientific discovery, exploration, and economic development. The country with the best maps could deploy their military more effectively and develop a more robust international trade network. Although this map of Asia falls far short of our modern cartographic standards, it does contain extensive geo-political information.

Timberlake 1765 The Memoirs of Lieut. Henry Timberlake. London: Printed for the Author, 1765

Plan of Mexico City. “A Plan of the City and Lake of Mexico with an Elevation of an Ancient Temple” from The True History of the Conquest of Mexico. Salem, MA: Cushing & Appleton, 1803

The Western Ocean. Emanuel Bowen. A New and Accurate Map of New Jersey, Pensilvania, New York and New England: With the Adjacent Countries Drawn from Surveys, Assisted by the Most Approved Modern Maps & Charts and Regulated by Astronomical Observations. S.1., 1747

Michael Kelly has been the Head of the Archives & Special Collections at Amherst College since April 2009.