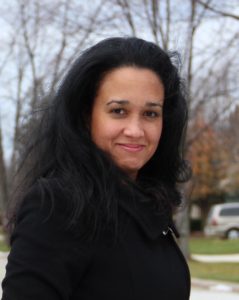 Wendy S. Walters’ work blends poetry, nonfiction cultural commentary, and playful lyric essay to excavate deeply rooted themes of race, identity, and belonging in America. She has published two books of poems: Troy, Michigan (2014) and Longer I Wait, More You Love Me (2009), and a chapbook, Birds of Los Angeles (2005). Walters is active in the literary world, as a founder of the First Person Plural Reading Series in Harlem, New York, a contributing editor at The Iowa Review, and an Associate Professor of creative writing and literature at the Eugene Lang College of The New School University in the city of New York.

Walters lives in Melody Nixon’s old haunt of Manhattanville, uptown Manhattan. They talked this fall about Walters’s latest book, the essay collection Multiply/Divide: On the American Real and Surreal, which explores the racial politics and histories of urban areas around the US.

Melody Nixon (MN): Your latest book Multiply/Divide is immediately arresting in the way it interrupts the marketing-model division between nonfiction and fiction. Can you talk about your intentions in combining “multi-genre” pieces in this collection?

Wendy S. Walters (WSW): For this book, I brought together work that seemed to make sense in context. I made the above categorizations because I think the border between nonfiction and fiction—while seemingly clear to many—is often transparent enough to render the distinction irrelevant. In the book, I offer as a hypothetical example the writer who pens a memoir about a life with her parents, but leaves out the complicated relationship with her siblings, omitting for the reader a complete understanding of her family dynamic. Her memoir is “nonfiction.” But that doesn’t make it true. Conversely, many works of fiction, precisely because they take liberties with experience and fact, can depict a world that is better designed than our own to reveal truth. I wrote the Author’s Statement as I wanted to be honest about the various kinds of labor this book represents, as well as the kinds of stories I am telling.

WSW: Yes! I want the reader to believe me! In these works the difference between what is plausible and implausible has little to do with the degree to which a fact seems outrageous. Plus part of the work of the author is to introduce the reader to conditions of possibility. This means, at least for me, part of my work is bringing light to possibilities the reader might not have imagined herself.

I enjoy doing that work. So maybe cheekiness might also be read as enthusiasm?

MN: In the lyric essays I found myself obsessing over which sections were “true”—for example, in “Chicago Radio” the section about the plane filled with prisoners that went missing (p. 38). This frustration brought to mind the way history/histories manipulate us, and the ways historical truths are not always discernible from historical lies. Can you talk about your relationship to fact, fiction, and historical “truths” while writing the collection?

WSW: I am interested in the material impact of narrative, whether construed from fact or fiction. I do believe narratives leave a trace, either psychological or metaphysical, and for that reason, I think it’s as important to invent stories as it is to uncover them. Fact and fiction can both serve those in power and those who are not. The power to tell stories resides within everyone.

MN: I’m interested in your connection between nutrition and violence in the essay “Chicago Radio” (p. 35). The link between Vitamin D deficiency & depression is starting to be widely understood, but in common discourse the idea that mental health is linked to adequate nutrition has not really extrapolated out to allopathic medicine and psychology. How did you come across this link, and what interests you most about it?

WSW: I used to live in a Detroit neighborhood with no chain supermarkets, and I found it so frustrating that I could not get access to fresh fruits and vegetables. Many more resources exist in the city now, but that experience did leave an indelible mark in my memory. I don’t think I was trying to make the connection between mental health and nutrition, but rather, the connection between feeling good in one’s body and cared for and the kind of contentment that satisfaction produces. 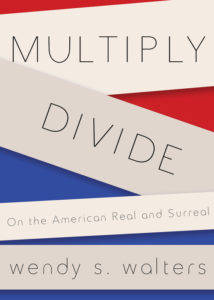 MN: It’s clearly a political issue, because as you point out, inner city food deserts and access to good stores tend to be neighborhood specific, and neighborhoods tend to be divided along race lines. Does racial justice need to be brought more into food justice work?

WSW: Absolutely. The emerging field of food studies considers some of these questions in an urban context, as well as explores the working and living conditions of people who produce food. Food is one topic where it is easy to get sentimental about what we ate and who we were close to at the time of consumption, but the business of food also has implications for workers and consumers up and down the supply chain.

MN: What’s so deeply yet subtly mined in this collection is the way that race and structural racism shape daily life. For example: I was interested in your choice to add UFOs into Chicago Radio. This had an element of Afro-futurism, and in particular Sun Ra’s spaceship imagery, to me—especially in the passage that links the rise in the Black population to places of UFO sightings (p. 38). Could you talk more about this link?

WSW: Science fiction invasion stories have seemed to me to represent a kind of extreme xenophobia. The alien invasion by UFO is a longstanding metaphor for illegal immigration, and the alien’s destruction through violence is justified primarily because of their “thingness,” which could be interpreted as shorthand for foreignness. But Afro-futurism has always held appeal as the mythology of escape and liberation from earthly disappointments. While growing up outside of Detroit, the concept of Afro-futurism appeared most frequently to me through music that was widely shared in my social sphere: Miles Davis, Art Ensemble of Chicago, Griot Galaxy, The Electrifying Mojo, Bootsy, P-Funk, and Cybotron made regular contributions to my state of mind. Afro-futurist murals could be easily found around the city. As metaphor, outer space as utopia was within easy reach. 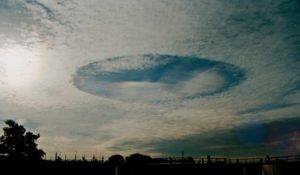 MN: The essays on Manhattanville, New York City, explore the multiplicities of identity you experience in your home neighborhood in Uptown Manhattan. In “Manhattanville, Part One,” you write about revealing and hiding identity when (social) circumstances require. To me, the essay asks two (very big) questions: who am I, and who are we, in relation to this place. Does that seem right?

WSW: Yes, I think that’s it. I wrote about my neighborhood because, to me, it was so obviously changing. But as the community shifted I also felt my place in it moving. More important, what I believed my neighborhood said about me was now less interesting and more complicated. But there is no time for sentiment in real life. One has to keep moving forward where you are or go elsewhere.

MN: “In Search of a Face” deals with disappearance—and the fading away of a person via negation of their identity/humanity—although the essay uses a very different register than others in the collection. We find motifs of comedy, Laundromats, babies—two headed babies—and the (literal and figurative) face. There’s a humorous, quirky, playful tone reminiscent of stand-up comedy. At one point you even mention stand-up: that it is “harder than you think.” I’ve heard several writers say in the last year that the forms stand-up and essay are closely related. What do you think about this idea?

WSW: I have wondered what it would be like to do stand-up, but as I am pretty shy, I predict my performance would be a spectacular failure. I wanted to include a humorous piece in the collection because I felt humor is difficult to pull off, and I wanted to try it. I do think both forms require the writer/comedian to be extremely well prepared for whatever it is they are going to do.

So maybe there is a connection—the success of both comedy and essay rely on a speaker who demonstrates a confidence that comes from really knowing where one wants to take their audience. Both forms require illuminating the incontrovertible path.

Wendy S. Walters’ latest book, Multiply/Divide: On the American Real and Surreal, was released in August by Sarabande Books.

Melody Nixon, a New Zealand-born writer living in New York City and Stuttgart, Germany, is the Interviews Editor for The Common.