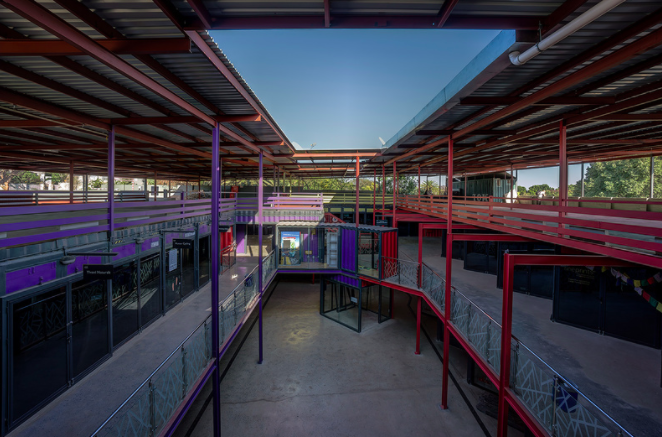 We greeted each other cordially and after some idle exchanges I explained to him why I preferred to be alone and would be seeking a cabin of my own. I think he understood. Then the conductor came around. He was a thin African man with a woolen skullcap of sorts, and judging from the questions fired icily at me, he had definitely misinterpreted my request. It was going to be fruitless to try to persuade him. I resigned myself to a dull and early night. (I only hoped my companion wasn’t going to try and talk to me all the way home.)

He introduced himself as Hezlon X. from Soweto. He had two children. The firstborn was fourteen and the youngest was eight. He was on his way to a small rural village inland from Port Shepstone to visit his parents and his brothers. He worked for the railways, and this was his annual free pass. He worked in the shunting yards, and he told me how difficult and dangerous this type of work was. Several of his friends had lost a hand or even an entire limb. He had once witnessed a man chopped in half by a runaway truck, he said.

I wanted to prepare for a talk I was to give to a private school on writing poetry, so I gave my companion a copy of my newly-published collection of poetry, Time like Stone, to read. Hezlon read for a long time in silence while I scribbled away in my notebook that rocked and jerked with the unpredictable motion of the train.

Finally Hezlon asked me what the title meant, and we discussed the burden of time, how I felt that it weighed like a stone upon us, and was impossible to shift. He nodded. He understood weight; the weight of a fully-laden truck that was capable of slicing a careless man’s head clean off of his shoulders. Then he wanted to know how a poem came to me. Where did it come from? How did it happen? So we spoke of dreams, and of visions and nightmares; of things that stirred in one – without form or warning – and had to be obeyed or they would turn into poison and ruin us. Again he understood.

Then he asked me if he could write something, and how he should do it. I said to him that he had to wait; that he had to prepare himself, like a boxer or a football player; that he needed to be in shape to be able to receive the poem and to handle it, but that he was not the origin of his poem. It chose him; he could not go out and seek it. Again he nodded, and fell silent. The black veldt outside was pegged out like an animal skin to dry. The heavy forms of pylons and somber trees lumbered past. A tin shack, an empty bridge. Then the black veldt returned, seemingly impenetrable, seemingly endless.

“I’ve got it,” he suddenly said. “Silent Rivers. Help me. Write it down.” So I opened my notebook (volume 52) and on a new page wrote the first line of Hezlon’s own poem: “Silent Rivers”.

Over the next three hours Hezlon’s poem grew slowly from those first two words into a page long meditation on the river of life that flowed in his veins: “at a constant speed / without beginning / or ending.” At the end he was tired, but exultant. He made his bed soon after from some blankets he had with him and went to sleep. He was an honest man who led a simple and hard life. He was used to straightforward things like coupling coaches together, things like handling a wrench or a spanner. He understood these things. And he had now come to understand his own kind of poetry.

Kobus Moolman is an award-winning South African poet and playwright. He teaches creative writing at the University of KwaZulu-Natal in Durban. He has published five collections of poetry, two collections of plays and also edited a volume of poetry and prose by South African writers with disabilities. In 1999, he conducted a series of creative writing workshops at the New Prison in Pietermaritzburg, KwaZulu-Natal.