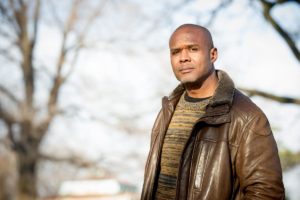 James Hannaham is a writer of fiction and nonfiction, an MFA teacher, and the author of the novel God Says No, which was a finalist for a Lambda Book Award and a semifinalist for a VCU First Novelist Award. Hannaham’s work interweaves social critique and strong characterization with robust plot, and he was recently praised by The New York Times for the way he makes “the commonplace spring to life with nothing more than astute observation and precise language.” Melody Nixon met with Hannaham in downtown Manhattan the day before his latest novel, Delicious Foods, was released from Little, Brown and Company. They discussed place, politics, and “racism as a curse.”
MN: You’ve set your new novel variously in Houston, Texas, Minnesota, and Louisiana. How did you choose the places in this book?

JH: That’s a multifarious question. First of all,  I went to grad school in Texas, and I felt I could represent that area fairly faithfully.

MN: I think that shows. The descriptions of that state are vivid and sensorial, particularly in the way you captured the lack of public infrastructure, the suburban sprawl, the blight consumerism had left on the landscape.

JH: I think for the scenes that required sensory detail I was thinking of the most Houston-like parts of Austin, where I attended grad school. There are far more strip malls than almost any place in the world, in that state. Almost to the point that I just had to surrender. I was so horrified by it at first but then I was like, oh alright, strip malls: I guess that’s what people do here. There are actually great restaurants, cool things in strip malls in Austin. 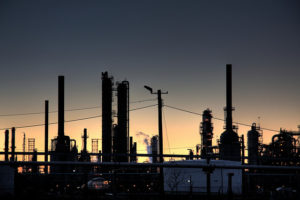 MN: On the one hand, while the place of Texas does seem somewhat soulless in the book, it’s not ugly. We get beneath the surface and see the people who are struggling to survive. They’re described in beautiful terms.

JH: I try to keep whatever strong opinion I have about a place out of the fiction. It’s more interesting to go against my own feelings about a place and just try to describe it, let people make their own judgments. Hmm. Or actually that’s disingenuous. It’s more that I want to guide people toward the judgments I want them to make.

MN: Why did you choose Louisiana?

JH: I chose Louisiana partly because there’s a running theme throughout the book of racism… of the social fact of racism as a curse that people put on each other. So I thought, Louisiana is a place where people are likely to take curses and witchcraft more seriously.  Louisiana also has a reputation as being one of the worst states in terms of slavery. It was where you didn’t want to be sent, even in the context of being a slave, which sucked—it could only suck worse if you got sent to Louisiana.

MN: And the book’s about human trafficking, so that’s the tie in?

JH: Yes it is. Something I feel is starting to get lost about this book is that while it’s not based on real events, it’s based on a real thing that happened—a certain variety of human trafficking I heard about, and one particularly appalling case in Florida of a black woman who was enslaved in 1992.

MN: You mentioned seeing racism as a social curse. Can you talk more about this idea?

JH: There’s a line in the book about how “even though they didn’t really believe in curses, everybody seemed to be under some kind of spell.”

MN: “… it did seem as if some bizarre spell had taken effect,” you write.

JH: The community knew to treat [the characters] Darlene and Nat badly. That’s one of the ways in which racism works. People don’t even know that they’re doing it. They’re participating in this thing that’s just a curse—I don’t know how else to describe what I’m talking about.

MN: It’s about the social function and alienating effect of racism? There’s a line that stood out to me, when Eddy’s mother first disappears: “The street seemed quieter than usual, as if everybody knew that Darlene Hardison had gone missing and, worse, that they had hidden themselves to avoid caring.” That loss of communal responsibility for one another’s wellbeing seems to speak to your point.

JH: It’s like one group of people has decided, in their own minds, that another group of people has all these terrible qualities. It’s almost like it parallels the idea of a witch hunt. Somebody who is for all intents and purposes is stigmatized by an entire community, with completely imaginary charges. That’s how racism seems to work.

MN: Have you always thought about framing racism in this way, or did the analogy develop with this book?

JH: I think it just developed with this book. I mean, there are a lot of different ways to frame racism, right? It’s like, ooh, mix and match! Pick your own. Collect ’em all. But this idea seemed to work already with this location [the south and Louisiana]. I noticed what I was doing in early drafts, and tried to bring it out a little more. I thought about how to make it churn underneath the narrative, in a way that would be discernible—to those who discern things.

MN: Which, I would hope, is most of your readers.

JH: I don’t care if anyone reads the book. I just want people to buy it. [Laughs.]

MN: You write about marginalized communities, people whose stories aren’t typically presented. What were your motivations for writing this book?

JH: The primary drive was that one—giving voice to marginalized stories. When I heard about the woman, Joyce Grant, who was enslaved in 1992, I was like, “What year is this? What are we doing?” I thought, “no one’s going to hear about this, but they really ought to.” I also felt that personal connection in terms of labor. As an adjunct I’d felt exploitation. I immediately got an idea of what the novel should be like, from the feeling that I got when I heard about this case. 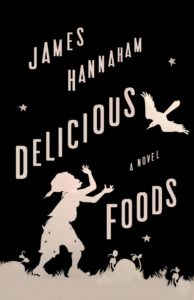 MN: Do you see yourself as an activist?

JH: I did want to raise awareness about this issue. But, the fine line I needed to walk is that I wanted the book to be a work of art that wasn’t beholden to this notion that I had to make it activist. I wanted it to stand on its own, but to have this narrative that mythologized what exists in the nonfiction literature about trafficking of this sort.

MN: Why did you choose the form of the novel to write in?

JH: I started to ask myself, what is a novel going to add to this conversation? I’ve read short bursts of nonfiction from people who’ve actually gone through these sorts of ordeals, so I asked myself, what can a novel really do? What framework is it providing? It’s really that [it provides] an emotional history.

MN: What do you see happening with the novel? Where to from here?

JH: I’m really excited about the fact I can do activism around this book. We’ve been working with an organization called Free the Slaves, which does a bunch of different kinds of things—everything from rescues, to lobbying for change in the laws about human trafficking. I felt like I really couldn’t live with myself if I just had a party for the book release. We’re trying to acknowledge that the story has a real life analog, and there are actual people who could be helped.