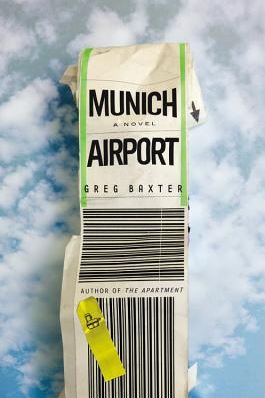 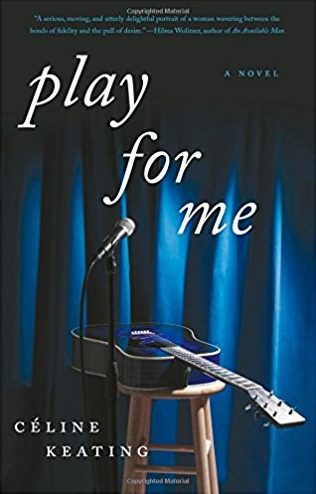 Play for Me by Céline Keating

I tried to write a novel about a guitarist once. Like rock and roll, it’s a lot harder to do well than it looks. Céline Keating, a contributor to Acoustic Guitar and Minor 7th, among other magazines, and serious classical guitar student, nails that world in her forthcoming second novel, Play for Me. She captures the joy, hardships, and mindset of touring musicians through Lily, a married New Yorker, whose only son, Colby, has just gone to college, leaving her unfulfilled (she works for a commercial video company) and open to radical sensory experience. When Colby takes her to a concert at his college, she falls for JJ, the gifted guitarist who accompanies a temperamental young singer, Blaise. Caught filming the band without permission, she offers to make a free road video and takes off with them, telling her credulous husband it’s an opportunity. Sex with JJ is great, but the more she learns about the duo, the less she understands. When the fantasy crashes, she still can’t say why she did such a crazy thing. Was it the music or him? 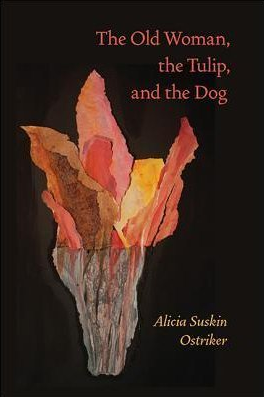 The Old Woman, the Tulip, and the Dog by Alicia Ostriker

To read Alicia Ostriker’s The Old Woman, the Tulip, and the Dog is to enter a literally marvelous world best characterized by that very Emersonian word, whimsy. If at first the collection seems merely playful—the three eponymous voices in concert and conversation about everything in the world structure all the poems—trust the cumulative force that drives this work. Soon you realize that it’s depth-charged, that it has shocked you awake with its kick of compassion, visionary wisdom, a gift of largesse and despair so all-encompassing your breath catches. Wait, you say, I can’t breathe (you are laughing, or crying, too hard). “The gift of tears / said the old woman / like the gift of laughter / is a kind of cleansing.” “Honest to god I wish I could cry,” says the dog.

Munich Airport is a disturbing, intimate portrait of grief, alienation, and the tenuous nature of familial relations. This novel takes place entirely in the Munich Airport, as the protagonist, his father, and a United States consular officer, prepare to transport his sister Miriam’s body back to the United States from her home in Berlin. The novel is interspersed with reminisces about the narrator’s failed marriage, his floundering career, his status as an expat, and his troubled relationship with his ailing sister who, as the narrator puts it, starved herself to death in her Berlin apartment. Perhaps in a delayed attempt to feel closer to Miriam, the narrator and his father have stopped eating as well, and now have to brave the extended airport layover without sustenance. This summary does Munich Airport little justice. The storyline sounds maudlin, but Baxter’s prose is journalistic in its steely vision, and the narrator’s voice is both captivating and disturbing. The fact that the people closest to us often elude us and that that disconnect feels like a form of deprivation is a universal story beautifully, if somberly, rendered here.

Where the Bird Sings Best by Alejandro Jodorowsky, translated by Alfred MacAdam

This luscious, baroque autobiographical novel by Chilean-Jewish filmmaker, shaman, and all-around international cult figure is an extraordinary addition to the shelf of magical-realist Latin American literature. 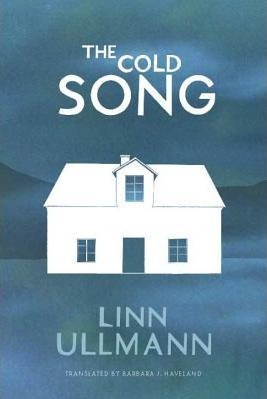 The Cold Song by Linn Ullmann

A teenage girl has been murdered in a seaside village near Oslo. But the novel isn’t about that. Instead we are drawn deep into the chilly microclimate of the flawed and fragile family who hired her to babysit one summer. Ullmann is a master at creating atmosphere; the book is saturated in dismay. And her characters are sharp, broken, singular. The family is a collage of loneliness. The errant husband and harried wife occupy separate bedrooms from which they text each other late at night. During her 75th birthday party, the grandmother hides in her room, ending a long sobriety. This is a bracing domestic narrative: spare and beautiful, unsentimental and kind.