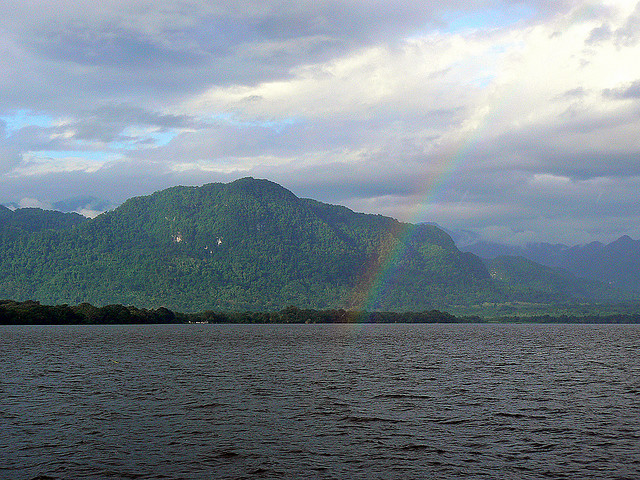 This month, we’re featuring two authors with new poems from Guatemala and Greece.

It is a pleasure to help introduce to English-language audiences the poems of the ecologically astute, spiritually aware, refreshingly human contemporary K’iche’-Mayan poet Humberto Ak’abal. Well-known and appreciated throughout Europe, South and Latin America, Ak’abal’s work has not yet been made widely available in English. Deeply rooted in the earth and the richness of shared mythologies—ancient and modern, oral and inscriptive, concrete and transcendent—Ak’abal’s poetry is most relevant to our current literary community in its clarity, wisdom, and mystery. While visceral and closely attuned to nature, Ak’abal’s work is at once synergistic and ideographic.

Described by Haroldo DeCampos as a practitioner of “the poetic art of counter-conquest,” Ak’abal begins with his native K’iche’ Maya language, and to quote DeCampos, “enfolds the Spanish language, conquering it with the telluric magic of that idiom enchanted by its umbilical contiguity with the reign of nature.” While the metaphor is apt, there is something about Ak’abal’s verse that indicates a poetic force which transcends the violent cycle of attack and counter-attack. Ak’abal’s aesthetic may be not so much post-capitalist as post-everything. That is, post-everything that would in any way attempt to abstract or further distance humankind from the spirit of the earth and all other living things.

SIGNS
It will be windy
if the clouds are shaped
like woman’s hair
Drizzle
if they seem like pigeon wings.
Storm
if they’re like sheep’s wool.
Downpour
if they seem like smoke
And if in the morning
a cloud begins to settle
behind the sun
the rain and the wind
will travel

DOG DAYS
Dog days don’t just come out of nowhere.
Drizzle and rainbow proclaim them.
The arch of colors
is the password women wait for
to have their kids
in the mountains.
The drizzle,
the veil that covers them

while they are giving birth.

ONCE
Once,
so long ago
that the sun no longer remembers it:
the earth was the master of man.

Now it’s the other way around.

CAUGHT
Two or three little tamales,
some grains of salt
a little coffee.
My mother feigned
gathering leaves and flowers
on the edges of the sidewalks.
In some ravine,
hiding; my father
would escape military recruitment.
Secretly, she;
she took him something to eat.

Humberto Ak’abal was born in Momostenango, Guatemala in 1952. He is a Guatemalan poet of K’iche’ Maya ethnicity. He concieves and writes his poems in the K’iché language and translates them himself into Spanish. One of the most well known Guatemalan poets in Europe and South America, his works have been translated into French, English, German, Italian, Portuguese, Hebrew, Arabic, Scottish, Hungarian and Estonian. He is the author of nineteen books of poetry and several other collections of short stories and essays. Ak’abal has received numerous awards and honors, including the Golden Quetzal granted by the Association of Guatemalan Journalists in 1993, and the International Blaise Cendrars Prize for Poetry from Switzerland in 1997. In 2005 he was named Chevalier of the Order of Arts and Letters by the French Ministry of Culture, and in 2006 was the recipient of a John Simon Guggenheim Fellowship.

Socrates
I am the wisest
man alive, though I never
wrote a single line.
Plato
All of life’s comforts
in one compact cave, even
a television!
Aristotle
Life has one purpose:
eudaimonia. (Servants
and yacht of course help…)
Epicurus
Sex? No, Sirree! No
empty pillow talk for me.
Time for temperance.
Machiavelli
If you show weakness
they will exterminate you.
Best if they fear you.
Descartes
Am I sleeping? Or
could it be I am dreaming
that I am thinking?
Wittgenstein
Will the fly escape
from inside the glass bottle?
That is the question.
Sartre
Your existence is
without any real essence.
Do you feel nauseous?
de Beauvoir
You weren’t born, woman,
for the boudoir, nor were you
born, dear, a woman.
Levi-Strauss
Myths the world over
have the same structure. Myths are
ecumenical.
Weil
Communism and
barbarism somehow both
wear the same bow tie.
Kuhn
When the pilot shifts
the paradigm, you arrive
on a new planet.

Translated from the Greek by Karen Van Dyck

Haris Vlavianos has published ten collections of poetry, including most recently Vacation in Reality (2009), which won the Diavazo Poetry Prize, and Sonnets of Despair (2011), short-listed for the National Poetry Prize. The work published here is from A History of Western Philosophy in 100 Haiku. His latest book, Blood into Water: A Novel in Forty Five Acts, was published this year to critical acclaim.

His latest book, Blood into Water: A Novel in Forty Five acts, was published this year to great critical acclaim and was reviewed in the Times Literary Supplement. It has been already translated into English (by Jacob Moe) and German (by Torsten Israel).