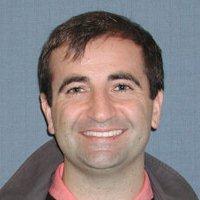 David Breslin is a Curator and Associate Director of the Research and Academic Program at the Clark Art Institute in Massachusetts, and a writer of nonfiction on art, feminism and language-based practices. His essay, “Plugs: Five Thoughts on Cady Noland’s Stocks,” was published in Issue No. 07 of The Common. Marni Berger spoke with Breslin at a coffee shop off Washington Square Park in New York City, where they discussed the American art world, how to handle painful subjects, and finding the ideal writing space.

Filling Up the Creative Glass: A Conversation with David Breslin06.03.2014
Read more...

“Hell, there are no rules here—we’re trying
to accomplish something.”

there were seventeen witnesses for the first execution of a human being by electrocution. William Kemmler, a sometime peddler of produce and a heavy drinker, was sentenced to death on March 29, 1889, for killing his common-law wife, Matilda Ziegler, with a hatchet. There are few details about Kemmler or his life. Born in Philadelphia but raised in Buffalo, he was said to be slender, with brown hair tending toward black. We know his parents were alcoholic immigrants from Germany. He could speak both German and English but couldn’t read a word. We also know that his father was a butcher who died after a cut he received in a drunken brawl became infected. His mother died less accidentally from alcoholism.