My parents used to have a grey miniature schnauzer named Jacques. While his brother Pablo was big and black and thick, Jacques was wiry and small. Over the years, his runtiness and Pablo’s brotherly abuse (stealing food, mounting his haunches) made him kind of squirrely. If he had been a human he would have been diagnosed and put on medication, but Jacques was only a dog, and so he was allowed to lead his neurotic, pampered life. 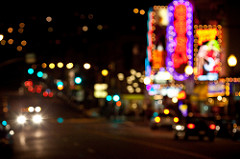