“I have made
an elegy for myself it
is true”

1.  The Meeting of the Waters 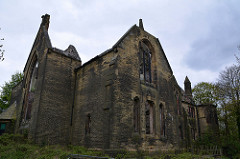