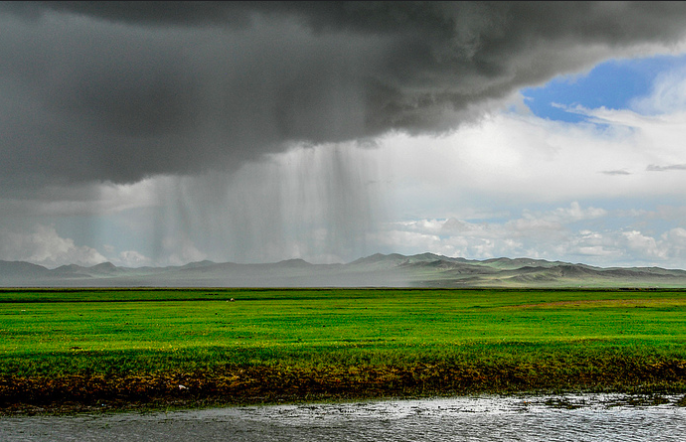 On the stern of the Sharp, Mendee and I process fish diets. She slings a camouflage-green burbot over her thigh and slices its belly from tail to gills so the intestines spill out. Finding the stomach, she chops it off and splits it open, then hands it to me. It is rubbery and limp, like a popped balloon. I hold it over a petri dish and squirt water into the pink ridges so that the burbot’s last meal pours into the dish. This one had a few snails. The last one had three plump silver grayling stretching it taut, which we gutted in turn to see what they had eaten. This is how ecologists reconstruct a food web: unlocking who’s inside whom, like opening a Russian nesting doll.

Mendee, one of only two fish ecologists in landlocked Mongolia, is collaborating with my partner on a survey of the fishes of Hovsgol. As an object of study, fish are inscrutable, living their lives out of view, and an attempt to conserve them often involves sacrificing a few individuals to understand the species. The wriggling grayling I untangle from the gill net and stun into subjects on the steel hull of the boat will give Mendee the data to show that this species is found only in Lake Hovsgol.

The Sharp is among a handful of boats on the largest lake in Mongolia. The water here is such a saturated blue, like lapis lazuli, that locals call Lake Hovsgol “The Blue Pearl.” Over the next two weeks our boat will traverse the entire lake, from the western mountain passes that lead to the Darkhad Depression, home of the last reindeer herders; to the many braids of the Horoo River at the foot of the Sayan Mountains in the north; to the eastern shore, where you can ride away from the lake for three days and never see another human being—only wolves, moose, and bears live in the silent taiga.

Mendee cracks open the burbot’s skull and tweezes out the otoliths from the top of the head. Otoliths are ear bones that ecologists use to age fish. They accrete layers of calcium carbonate as a fish grows, and the layers can be counted, like the rings of a tree. Mendee places the otoliths on the back of my hand so I can smear off the last bits of blood and drop them in a plastic vial, where they rattle like seeds in a pod.

We must process the fish quickly or the horseflies will smell the rank flesh and leave the grazing yaks on shore to come bite us through our jeans. We shout out lengths and weights to record on data sheets and throw the carcasses into a bucket. Some of the fish we’ll fillet for dinner. Later in the trip it will become easier to separate the fried burbot at the table from the memory of blood slick on the decks.

Washing the decks isn’t a matter of swabbing the lot overboard; Mongolians have animistic taboos against contaminating water or the earth with blood. When a herder slaughters a sheep, he flips the animal on its back, cuts a narrow slit in its chest, and reaches his hand in. Inside the chest cavity he finds an artery and tears it. The sheep bleeds out internally, its legs kicking before it quiets completely.

I step on rags and slide them around the deck, sopping the blood up and wringing it out into a bucket I will carry onto shore, up past the birches and larch, to pour in a hole I have dug to hide the remnants of our work. In another bucket the dead fish curl around one another like in a Dutch still life. I lean over and see myself refracted in the blank globes of their eyes.