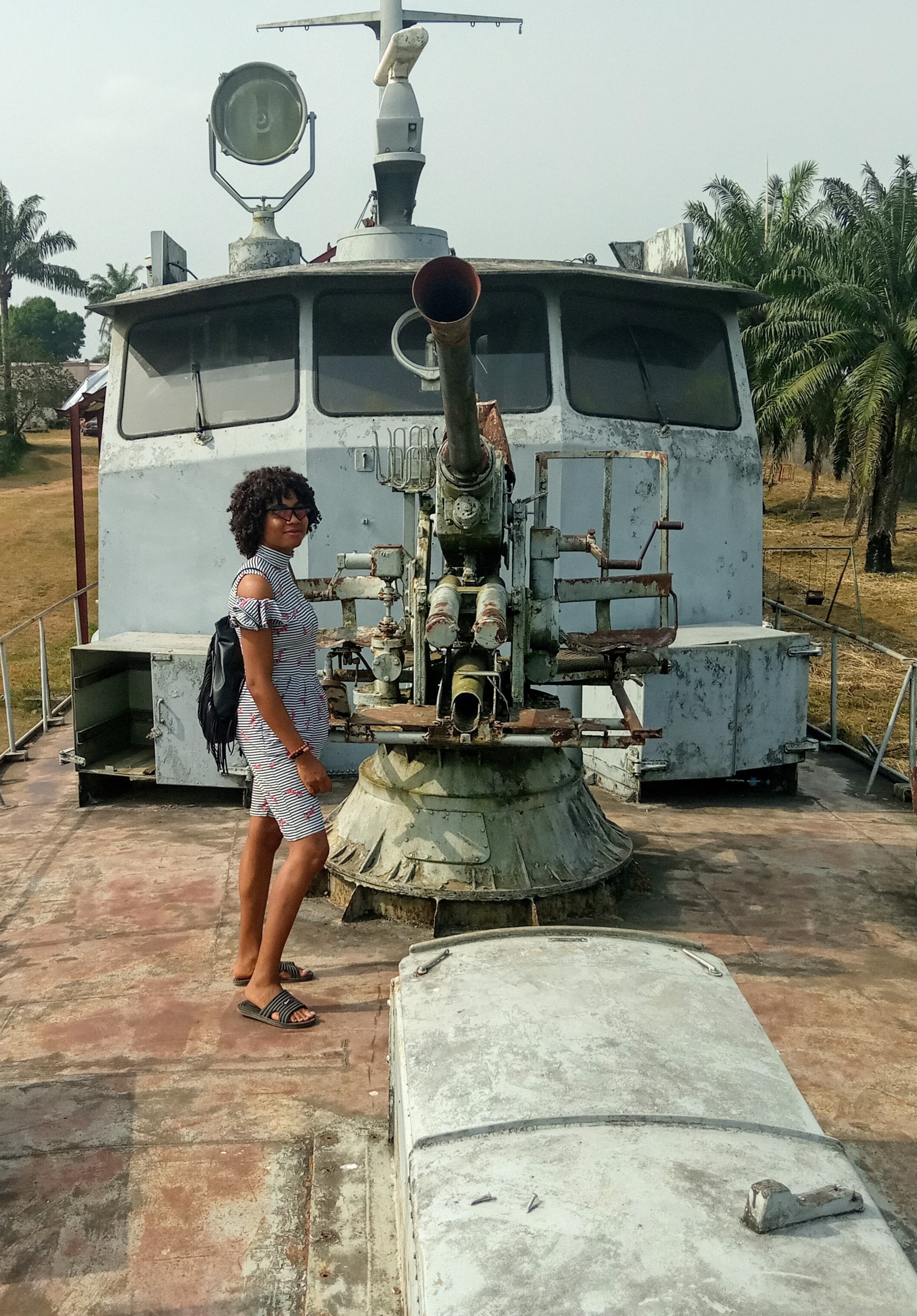 When you arrive at Umuahia by 10pm to visit your cousins for the Christmas holiday, because their house is closer to your school than your parents’ house in Lagos, you will pass by the tall square-shaped tower with a sign at its peak on all four sides proclaiming “Welcome to God’s own state.” When you get to the bus park, do not attempt to leave without calling your cousin to pick you up in his black, battered catering van. If you do, you will wander in the dark night, pulling your noisy roller bag behind you, looking for your cousin’s house in Amuzukwu. You will wonder again for the umpteenth time why the capital of Abia state does not have functioning street lights, and the rationale behind the governor ordering transport companies not to move about after 9pm for security reasons. You will ask questions of two people in white cherubim and seraphim robes sitting in front of a church and you will be directed to the wrong place. Then you will give up and walk to the only landmark you know—Shoprite. You will call your cousin with your phone battery on 4%, fervently hoping you are not robbed before he gets there. You would be disillusioned by this experience if your mind hadn’t already given your past experiences the surreal quality of a fairy tale since the two times you were here as a child.

Umuahia is the place your mother was born. When you remember Umuahia, you remember the swing in the house opposite your mother’s family’s house. It was the house of the king of the area and your family was related to the royal family so you were allowed to play with the royal children who you do not remember now. You remember that you couldn’t navigate the swing on your own. It was a wooden seat attached to a very long, strong rope, tied to an enormous mango tree. You had to sit on the wooden seat, hold on tightly to the ropes, fold your legs underneath you while someone pushed. It wasn’t just a swing to you, it was a strong possibility that you could commune with the birds in the sky. You imagined that it was the longest swing in the world and that when you went high up, the breeze rushed along with you as if wanting to play with you. You could touch the top of the trees and finally skim the clouds. You imagined that when you came rushing down you could let go and fly like you’d always dreamed about and go wherever you wanted to go. But when you ask your cousin if the swing is still there, she will tell you the tree had been cut down. You will feel a kind of biting sadness, you will feel like a friend has been lost forever.

At your cousin’s house, you will be greeted by the family dog Whiskey, who always seems to remember you no matter how long you stay away. She welcomes you with so much joy you don’t hesitate to drop your bag on the ground to hug her whenever she meets you at the gate. When you walk with your cousin, she will take turns and shortcuts that feel to you like you are walking in a circle. The city is a layout of identical houses spiraling into different directions on either side of tarred or untarred roads, old bungalows with rusted roofs and wooden windows that you haven’t seen in a while. Houses that you only see now in old Nigerian movies. You will ask your cousin how she gets around without losing her way, when almost everything in some residential areas of Umuahia looks the same.

You also remember Umuahia as the second capital of Biafra during the civil war between the Igbos and the rest of Nigeria, and home to the old war museum, which you will visit. The National War Museum is supposed to be a monument aimed at putting memories of the war behind and encouraging national reconciliation. It is a place that attracts tourists constantly but now it looks like an abandoned attic as a result of the little care it is given. You will squint when inside the gallery because of the lack of electricity and the fact that the only source of light comes from the generator outside. Your grandmother told you that the museum’s location was situated close to Ojukwu’s bunker, named after Odumegwu Ojukwu, the leader of Biafra. The bunker houses the shortwave radio “the Voice of Biafra,” which was the mouthpiece of Biafra during the war.

The museum has an array of old Nigerian and Biafran civil war weapons and when you go, you will see the famous Ogbunigwe, which literally means “instrument that kills in multitudes.” You will descend into the 30-foot deep bunker and while walking down, you will be flanked by pictures of prominent supporters from both the Nigerian and Biafran sides of the war. You will feel like you are standing in a valley with two hills on other side of you, you will feel like a rope in a tug of war. You will stop to look closely at one of the frames before a tourist tells you to move along. As you ascend out of the darkness into the light once more, you will think about how you have never seen war and you never wish to see it.

Later, when you leave Umuahia, you will be laden with fruits and provisions your aunt insisted you take. You will hug Whiskey for what you won’t know is the last time, until your cousin calls to inform you of her demise.