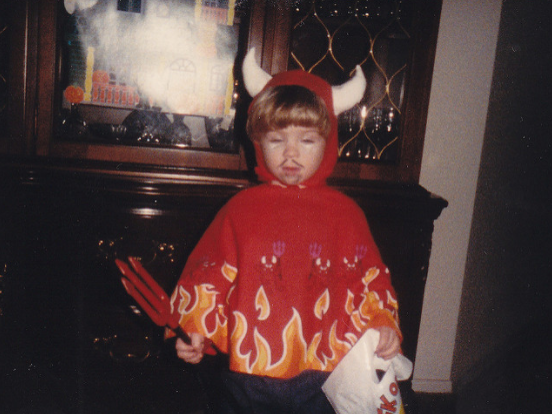 When he was 12, he was voted
Most likely to become Satan’s spawn

By the other sixth graders at Gesù
Catholic School in Northy. Lucas

And meekly unobservant. So why?
Why did his peers believe that Lucas

Was destined for the pits of hell?
Was it his hornlets? The two nubbins

Growing from the top of his skull?
Was it his attire?—a spiked collar,

Or was it his random acts of pyro-
Kinesis and levitation?

When the election results were
Announced at the June graduation

His father burst and fell, hard tears
And bruised knees. He prayed for release.

So Lucas brushed off his Papa’s
Porkpie hat, and let his hare run free.

Peter Jay Shippy is the author of Thieves’ Latin, Alphaville, and How to Build the Ghost in Your Attic. He has received fellowships from the Massachusetts Cultural Council and from the National Endowment for the Arts. His work will be included in The Best American Poetry 2012. Shippy teaches literature and creative writing at Emerson College.