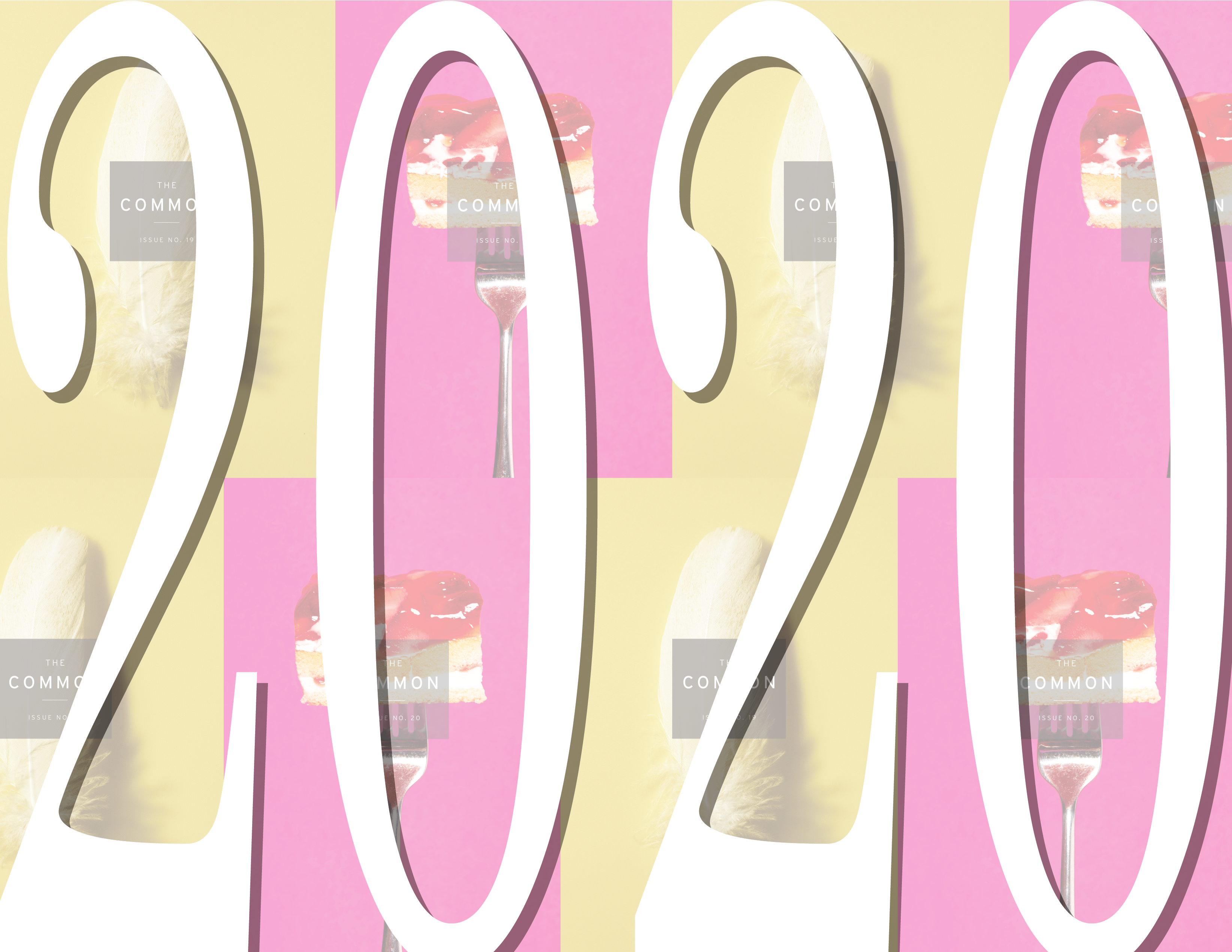 As The Common office gears up to share exciting new works in 2021, we want to reflect on the pieces that made 2020—our 10th anniversary year—an incredibly special one! Below, you can browse our list of 2020’s most-read pieces to see which works of fiction, essays, interviews, and more left an impact on our readers.

1. The Hold Steady Sets the Scene by Eric R. Danton

“The song is less than five minutes long, with a wealth of imagery and emotion, and everything the characters are doing is so tied to a location that you could plot it on a map. More importantly, you can picture it: the lights on Michigan Avenue turning blurry after stops in a few taverns, two people becoming familiar, and then intimate…”

“I was sad that I had deliberately missed knowing the extraordinary family in which my brother was raised. But in a flash I understood that it had taken my own father’s death, some twenty years earlier, to allow me to really embrace my brother. My father’s passing somehow freed me of the need to continue to punish him for his transgressions, by keeping his son on that shelf. It was one of those painful paradoxes of adulthood, in which a wrenching loss of someone you love, while closing a door on one relationship, opens you to others.”

“My sons drink water
and drown in the stormy goblets,
and my buried-alive daughters
brush their teeth
and anoint their long braids
in olive oil.
My daughters grow into trees —
trees with patient nests between their fingers.” < read on >

“It was the first time I’d lived
with a man, and I wanted him

to translate the name of our street.
He was holding my cold fist

in his own, and we were on
Ofrandei, in the middle of unpaved

5. Ticks in the Hedgerows by Amanda M. Fairbanks

“Last May, having exhausted all possible local options, my husband and I got into our car and drove one hundred miles west. We left home early that morning in search of two specific things: better medical care and a definitive diagnosis.

During that first drive, we held hands. Almost ten years into our marriage, it’s something we rarely do anymore — and certainly not for prolonged periods of time. Looking back now, I was holding on for dear life. ”

6. Dick Cheney Was Not My Father by Amy Stuber

“But he could have been. My father was a similar man. His name was Richard Cheney, though he never went by Dick, and he never lived at the Naval Observatory. He was an orthopedic surgeon in suburban Kansas City who said stupid things like, ‘These hands are gold,’ to people at dinner parties where he was often the one who ate more than his fair share of Shrimp Scampi and dove into the pool drunk in his clothes because he thought everything he did was a fun spectacle.”

“sighing, she wraps the fifth layer of white cloth over the body, folding the corner of each sheet away from the stiffened face. ‘alhamdulillah, like a rose’ the corpsewasher says to the windowless room of sullen women as she runs her broad hand over the cold cheek. the last few beads of water drip from the washing table onto the tiled floor and slide toward a large silver drain.”

8. Upright Members in Good Standing by A. Kendra Greene

“My boyfriend does not come with me to the penis museum. While I pay the eight hundred Icelandic krona to visit 276 specimens of pickled, salted, or mounted manhood, Dustin is at home packing boxes… And while all this packing and inventory and heavy lifting has everything to do with me, with us, with bringing an end to the long-distance phase of our relationship and making a life together, it does not yet occur to him that what he’s doing has anything whatsoever to do with an Icelandic penis museum. He has no idea that by the time he picks me up from the airport a few weeks later, I’ll want him to make a donation. Indeed, at first, I do not know it myself.”

9. Playing Frankenstein: An Interview with Alison Entrekin by Heath Wing

“I’m painfully aware that whatever somebody reads in English will be vastly different than the original, just because of its very nature and the fact that it has to be reconstructed in English, [but] I hope that they’re able to read it and appreciate that inventiveness and that voice and fall in love with Riobaldo and his story. No translation of a book of this sort will ever be a ‘perfect’ reproduction of the original. It will fall short in many ways, and I am sure there are people out there sharpening knives, ready to attack it, but if it can be approached, studied, appreciated, and make people want to read the original as well, then that’s a job well done.”

10. How Much History Can Hurt: An Interview with Emma Copley Eisenberg by Julia Pike

“I think the passage of time can be the most devastating thing about being alive. People say time heals all wounds but sometimes it’s the opposite, isn’t it? The farther away we get from something beautiful and complicated that happened to us, sometimes the more it hurts, precisely because it’s past and we’ll never have it again or never master it. I was inspired by Richard Bausch’s story ‘All the Way in Flagstaff Arizona.’ …It’s a little old fashioned maybe in its ability to just tell about zones of time and about vast swaths of years passing.”

Want more? Catch up on our 2020 pieces—including art, fiction, essays, poetry, interviews, reviews, and so much more—from this list.