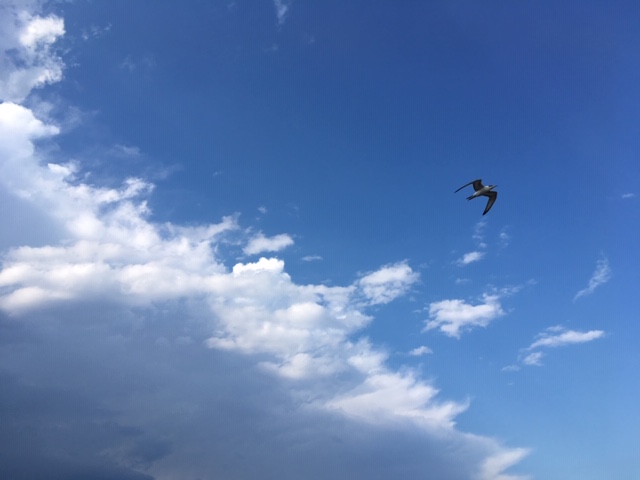 “It has a god structure. I think it will resist a long time.”

O keep me up, keep me going. Keep it together. Smooth me. Reduce
excess movement. There is a heaviness. There is around me a
God Structure. It helps me organize my thoughts. It has laid out
plans, I think, for various eventualities, and the existence of plans,

though they change, is a comfort. This morning the God Structure
led me to a vine that was drooping over the far edge
of the front lawn, covered with ripe blackberries. God Structure said,
Eat them, and I did. The stain of them still on my hands when I heard

that the God Structure had also made a disease that is suddenly taking
from my friend his body, among other things. It seems the God Structure
doesn’t give a shit, has no alternate plan. Keep Google-ing it, nothing
appears. His tongue tries to choke him in his sleep. His God Structure is

written into his code: it was always there, in silence, inevitable.
Whatever has a God Structure is real. Is irresistible. Its tiny ticking
bricks, its termite-riddled beams, picturesque and stupid.
And also vast avenues that shape the light, and the sea that makes us

go on somehow, after we look at it, and also flying buttresses
that carry that weight, moving it outward, outward until it becomes
bearable. The God Structure has no need of metal underwire, it lifts
with mere stitches and foam, beauty light, it won’t hoist me

too high, will it? God Structure, maybe you don’t listen, but if by chance
you do: I could use just enough support to keep my tired
breast in its hapless place, awaiting plans, awaiting some revelation.
We speak on the phone, my friend’s murderous tongue and me.

We say, at the end of the conversation, I’ll let you go. The God Structure
has written us this script. We read it aloud. We hope to resist a long time.

Chloe Martinez’s poems have appeared or are forthcoming in publications including Waxwing, Prairie Schooner, The Collagist, and PANK. She is a two-time Pushcart Prize nominee, a semifinalist for the 2018 Perugia Prize, a book reviewer for RHINO, and a reader for The Adroit Journal. She is the program coordinator for the Center for Writing and Public Discourse at Claremont McKenna College, as well as lecturer in religious studies. See more at chloeAVmartinez.com.