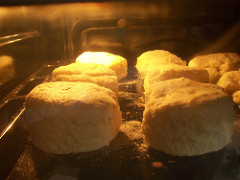 There is a sister whose voice is gentle as a lullaby. A lulling. Even when angered she won’t yell. A particular upbringing that eschews the loud, though such a woman can be found embracing those whose voices swell in the streets. Perhaps less saintliness than a vicarious expression of her own rage? Frustrations? Drawing the brawler, the harsh and violent close. The softness embedded in her accent. An oiled woman. Pink lipstick on her brown lips. A woman who pulls biscuits on a Saturday from the oven. Bathwater woman. Sweet liquor in a white cabinet woman. I have found this woman in Tennessee. In Texas. In Alabama. In Mississippi. And clung to her. Darling, and Dearest, and Hush Honey on the tongue. Not silence but delicacy. A blue slip in the drawer. A breeze through the oak leaves. Cuss and she won’t shush you, she’ll laugh and take you inside. Feed you cake, brush out your damp hair, pull you onto her lap, draw the cedar from the wound.

Vievee Francis is the author of Forest Primeval; Horse in the Dark, which won the Cave Canem Northwestern University Press Poetry Prize for a second collection; and Blue-Tail Fly. Her work has appeared in numerous journals, including POETRY; Waxwing; Best American Poetry 2010, 2014, and 2017; and Angles of Ascent: A Norton Anthology of African American Poetry. She was the recipient of the 2016 Hurston/Wright Legacy Award and the 2017 Kingsley Tufts Poetry Award.

VLORA KONUSHEVCI
The Albanian language is one of the oldest languages in Europe, although its written form appears rather late in the historical record, sometime in the mid-fifteenth century.