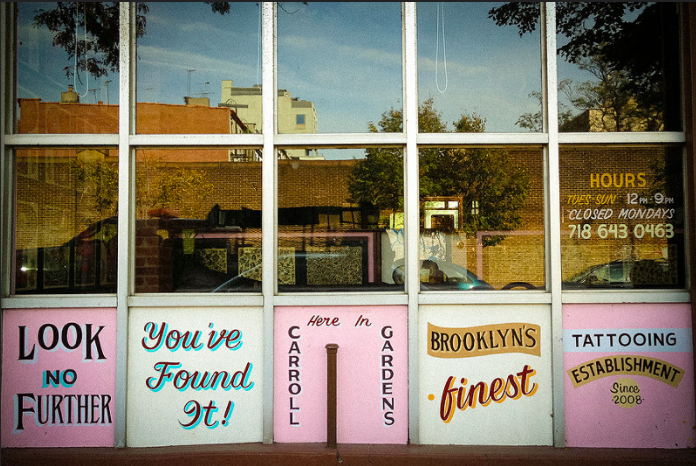 By MAX FREEMAN
Virgil got his tattoo in Megara
Around the time he knew that his great poem
Must be destroyed. A reckless decision.
In Rome, he would have to hide it always.
The shop was tidy, the tattoo artist
A barbarian who spoke Greek badly.
The poet had secretly wanted one
For years. When he passed gladiators
In public places with their masters’ names
Branded on their cheeks, Virgil burned with love
And envy. Same goes for the criminals
Wearing those indelible records of crime
And young slaves with faces reading, Stop me,
I’m a runaway! or simply Tax paid.

That morning, he reread the description
Of Achilles’ shield in the Iliad
Which made him laugh until his lungs hurt.
None of that. An eagle would have made sense,
Once, or the name Augustus, but not now.
Disappointment had ruined his heart.
He got his tattoo in Greece, not Rome,
So the scribblers couldn’t guess at its meaning
In their imperfect meters. He was cured
Of the insanity that makes one think
It important how many syllables
Are locked into a line. On the shop’s walls
Had been etched images of what he’d called,
Sneering, every kind of monster god,
Anubis and others he didn’t know.

While Virgil waited, a slave was tattooed.
The Latin he used to plead with his lord
Dried up the moment the needle touched skin,
Replaced with curses in some other tongue.
His injured face was smeared with blood and tears.
Smiling, the artist turned to the poet
And on his flabby, hairless chest pricked out
The pattern with a needle, then applied
The ink, a caustic blend of pine wood, gall,
Vitriol and bronze. No anaesthetic.
Virgil gritted his teeth. His mind went back
To Athens and Octavian, for whom
He reinvented poetry. Anger
Wasn’t the right word for what he felt,
It was vaster and colder and darker.
Virgil had settled on something Roman
And ambiguous: a black lightning bolt.
A fever hit him after they set sail.
The stinky wound turned yellow and leaked pus.
Wrapped in a blanket, he sat on the deck,
Staring at the sea, speaking to no one.
Words seemed a betrayal of existence,
But reality seemed a betrayal
Of something he couldn’t name. A wind rose
Against the prow. The seamen bunched the sail
To the mast and swung the yardarm around.
The deck tilted and shook as the sail
Snapped full of air, the ship teetered. This was
Standard procedure. Very soon Virgil died.

Max Freeman lives in Brooklyn and divides his time between writing poems, taking pictures, and making films. He holds a master’s degree in English and American literature from Harvard University. His poems have appeared in Barrow Street, Poetry International, and The Yale Review.