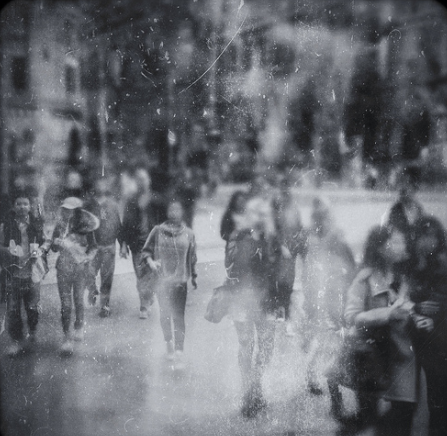 It isn’t what he said in Casablanca

and it isn’t strictly true. Nonetheless

we’ll always have them, much as we have Paris.

They’re in our baggage, or perhaps are baggage

of the old-fashioned type, before the wheels,

which we remember when we pack for Paris.

if you’re thinking of it. Neither do your parents,

although they’ll say you ought to visit more,

as if they were as interesting as Paris.

Both Paris and your parents are as dead

and as alive as what’s inside your head.

Meanwhile, those lovers, younger every year

(because with every rerun we get older),

persuade us less, for all their cigarettes

and shining unshed tears about the joy

of Paris blurring in their rear view mirror,

that they’ve surpassed us in sophistication.

Granted, they were born before our parents

but don’t they seem by now, Bogart and Bergman,

like our own children? Think how we could help!

We could ban their late nights, keep them home

the whole time, and prevent their ill-starred romance!

Here’s looking at us, Kid. You’ll thank your parents.

Mary Jo Salter’s eighth book of poems, The Surveyors, will be published by Knopf in 2017. She is Krieger-Eisenhower Professor in The Writing Seminars at Johns Hopkins University, and lives in Baltimore.