This interview is the first in a new series, Writers on Writing, which focuses on craft and process. The series is part of The Common‘s 10th anniversary celebration.

Read Nwodo’s dispatch, “The Capital of God’s Own State.” 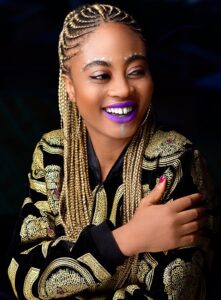 TC: Your essay, “The Capital of God’s Own State,” uses both the future tense and the second person. How did you decide to write this piece in this way?

BON: I usually begin writing with the voice stuck in my head when I’m thinking about a particular story. “The Capital of God’s Own State” is nonfiction, pulled from my nostalgic experiences as a child and combined with correlating events as an adult. Using the second person narrative and the future tense felt like I was speaking to another version of myself. Have you ever been asked what you would say to your past self if you had the chance to go back in time and change something? Well, I wrote this piece like I had that chance as seen in the excerpt below

“When you get to the bus park, do not attempt to leave without calling your cousin to pick you up in his black, battered catering van. If you do, you will wander in the dark night, pulling your noisy roller bag behind you, looking for your cousin’s house in Amuzukwu.”

The second person narrative is used much more rarely than the first and third, and yet, when it is done properly, the reader is better able to immerse themselves in a story and relate to the words on a more personal level because the author has told them, “Yes. I know this is my story, but imagine that it was yours. See through my eyes.’’ I like to think of the second person narrative as a simulation. The story is already carved out and the reader is the sim, ready to take on that experience.

TC:  What do you write (fiction/nonfiction/poetry)? What motivates you as a writer?

BON: I often write fiction and nonfiction. Poetry is something that comes to me just like Wordsworth defined – “the spontaneous overflow of powerful feelings: it takes its origin from emotion recollected in tranquility.” I like to write what I want to read, so I don’t limit myself to a particular genre. I wrote an erotic short story called “Vaginismus,” which was published by Brittle paper because I wanted to explore the fear of penetration in women. I have written a short speculative fiction called “The Heart Sniper’s Tale,” which was recently nominated for the Lost Balloon’s Pushcart Prize, as well as other published and unpublished stories. I am a feminist in Nigeria where the demand for gender equality is deliberately misunderstood to be a call to slit the throats of men, so I write a lot of nonfiction pieces about the injustice, marginalization, experiences, and solutions to the problems caused by gender inequality in Nigeria. One of such is my essay, “The Gendered Double Standard of Adultery in Nigeria,” which was published by Women’s Media Centre and can be read online. I am motivated by a lot of things, and anger is probably one of the most surprising to people. I see something that I don’t think is right and I passionately demand “someone should do something!” And then, I realize perhaps that “someone” I am seeking for is me. When I am lost seeking redress in words, I can forget basic needs and discomfort until the emotion dissipates.

TC: What essays/stories/books have you read and enjoyed recently? Why?

BON: In 2019, most of the books I read were written by women. I read a meme about some readers not liking female characters because they were written by men who do not like women. and it made me think about Medusa, portrayed in Ovid’s Metamorphoses, who was raped by Poseidon in Athena’s temple. Athena is depicted as a goddess who only cared about her temple instead of the assault on her loyal follower. She cursed Medusa with a head of serpents and the ability to petrify. Medusa’s head is sought by men, unprovoked, who wanted glory, and yet, she is labelled the monster. What if Athena granted those abilities to protect and not to curse her? What if Medusa told the story? The essay by Helene Cixous, “The Laugh of the Medusa,” reinforced my sentiments with these words: “Woman must write herself: must write about women and bring women to writing, from which they have been driven away as violently as from their bodies for the same reasons, by the same law, with the same fatal goal. Woman must put herself into the text as into the world and into history by her own movement.” It made me wonder about other stories that I had overlooked. I wanted to cleanse my palate by reading the perspectives of women. I read Stay with Me by Ayobami Adebayo, The Secret Lives of Baba Segi’s Wives by Lola Shoneyin, On Black Sisters Street by Chika Unigwe, All The Ever Afters: The Untold Story of Cinderella’s Stepmother by Danielle Teller amongst others.

TC: Who do you write for?

BON: I wrote a story called “The Change” that hasn’t been published yet, but it is based on a real event that took place in Lagos, Nigeria, where a group of people were displaced by the government because their penury did not fit the image Lagos was trying to present to the world. I write what I want to see, and I want to read romantic heterosexual stories written from the perspective of the men. I’m tired of being told about how infatuated the woman is with the man because he is dashing and wealthy and the myriad of emotions she goes through in the different stages of their relationship. I want to hear the thoughts of the man; I want to see how their love affects him.

I write for women who are held back by unimaginably asinine rules created by men and yet, still thrive and shine. The world is full of things to notice and I write for people who need to be seen, who need something to relate to so life can seem a bit easier. I write for myself because I wouldn’t forgive myself if I don’t. I write for people like those residents who were displaced, for people who want something else in romance, for people who care deeply about the world they live in instead of choosing indifference because it is easier. I may not be able to change the world, but I can care. I choose to care and do what I can for matters that need solutions.

TC: What is your writing process like? What rituals or habits help you produce your best work?

BON: To me, writing is like a cat. You never know if it will hiss at you in disgust or purr at you in content. You are supposed to be in charge but sometimes you wonder if you really are. If only there was a known strategy with carefully outlined steps from A to Z to follow to achieve one’s best work, writers wouldn’t face so much self-doubt. I find that what helps me is change. Writing can be quite a routine, so I try to do things differently on different days. I alternate between morning and evening; I change the spot where I work; I sometimes listen to music or not. Sometimes I need absolute silence, and other times, the lull of conversation in the background soothes me. Sometimes I nibble on finger food or my writing goes so smoothly it will feel like a sacrilege to reach for snacks. When I am stuck on a particular piece, it helps to go on to another that I haven’t finished. I have found that inspiration is something that can come when I’m already busy. Worrying about receiving inspiration only seems to make it step on the accelerator and drive far away. I think it is important to get out of your head and live, because if you don’t, from what experiences would you draw your writing from? You will find that if you go out for a walk or a party, or just to the balcony to take in air and listen to the birds, you can get inspiration from the things