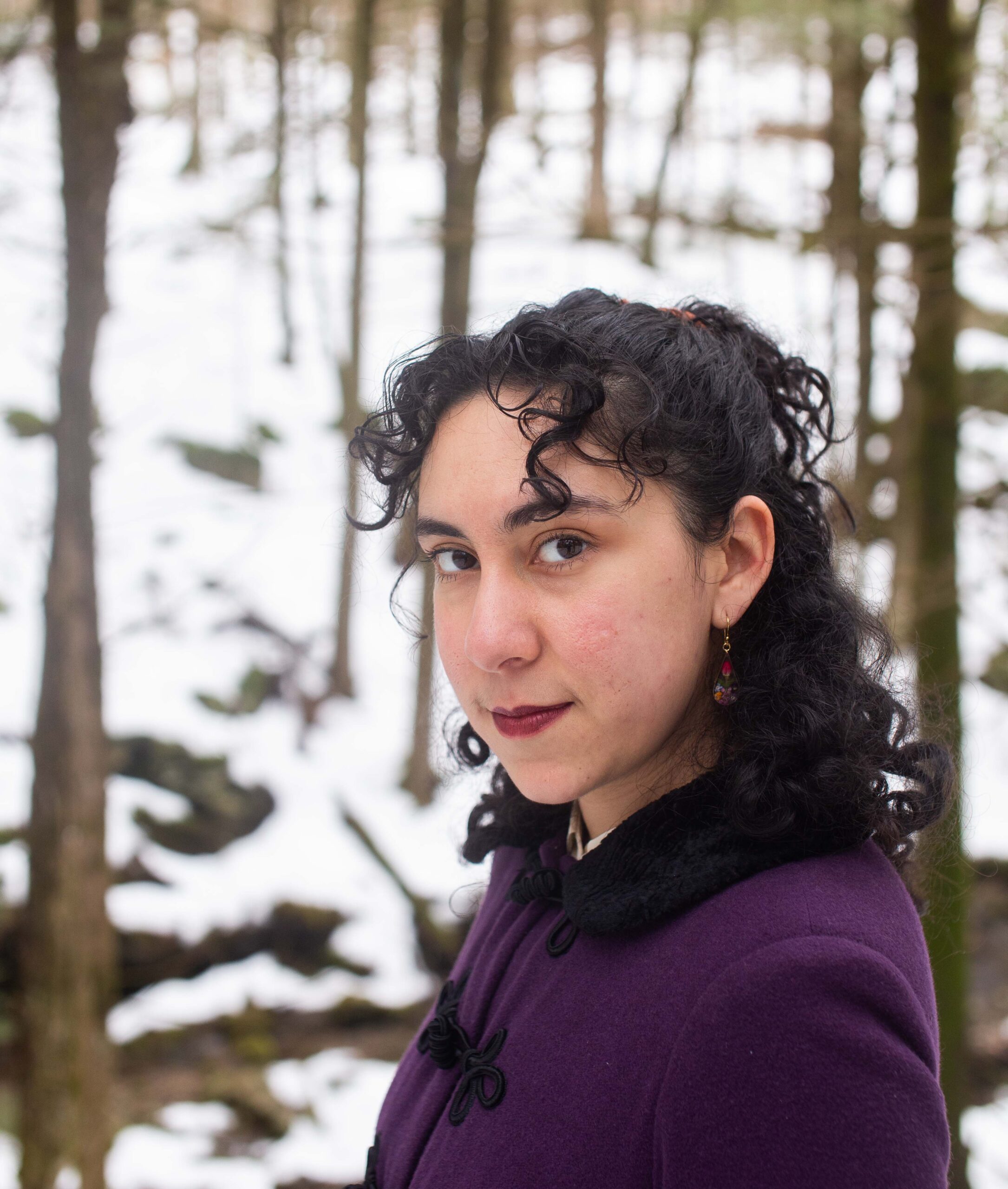 The Common Magazine · "A Wakened State" by Sara Munjack

I’ve fallen into an ant pile.
I fight to stand up and shake off
a million legs whispering
across my skin.

I keep dreaming of Chon
before he was my grandfather. A boy
hiding in the desert for days surviving
on nopales y ardillas.

Chon, before wading through the Rio Grande,
water-laden and buoyed by his own
lack of citizenship. He’s hiding in the sand,

fighting to stand up and shake off the crawling dots,
whispering across his skin.

It was not Cinco de Mayo. It was May 5th. Goya
calls my mother to wish her happy birthday at 3am.
Thinking it is 3pm, she asks my mother why it is so dark out.

At home, Goya rocks
all day and all night in her rocking chair
until the window blurs the world outside
into one.

The dog, Güera, barks for a meal but Goya doesn’t know
whether it’s for breakfast or dinner.
Her world is turned inside out so she’s up rifling
through bags in the spare bedroom.

Little Güera has had a stroke and now she can’t walk.
Auntie Vickie lifts her off the couch and my abuelita says
now, she will die too. Goya, drifting now, dips
her fingers in menudo for Güera to lap up.

Sara Munjack holds an MFA from Rutgers-Newark and works at Four Way Books. She has poems published in Cosmonauts Avenue, Pigeon Pages, BOAAT, Gandy Dancer, ISO Magazine, tele-art mag, and Grist. She is the founder and host of Jersey City Reads Poems. You can find her at SaraBellaMunjack.com.