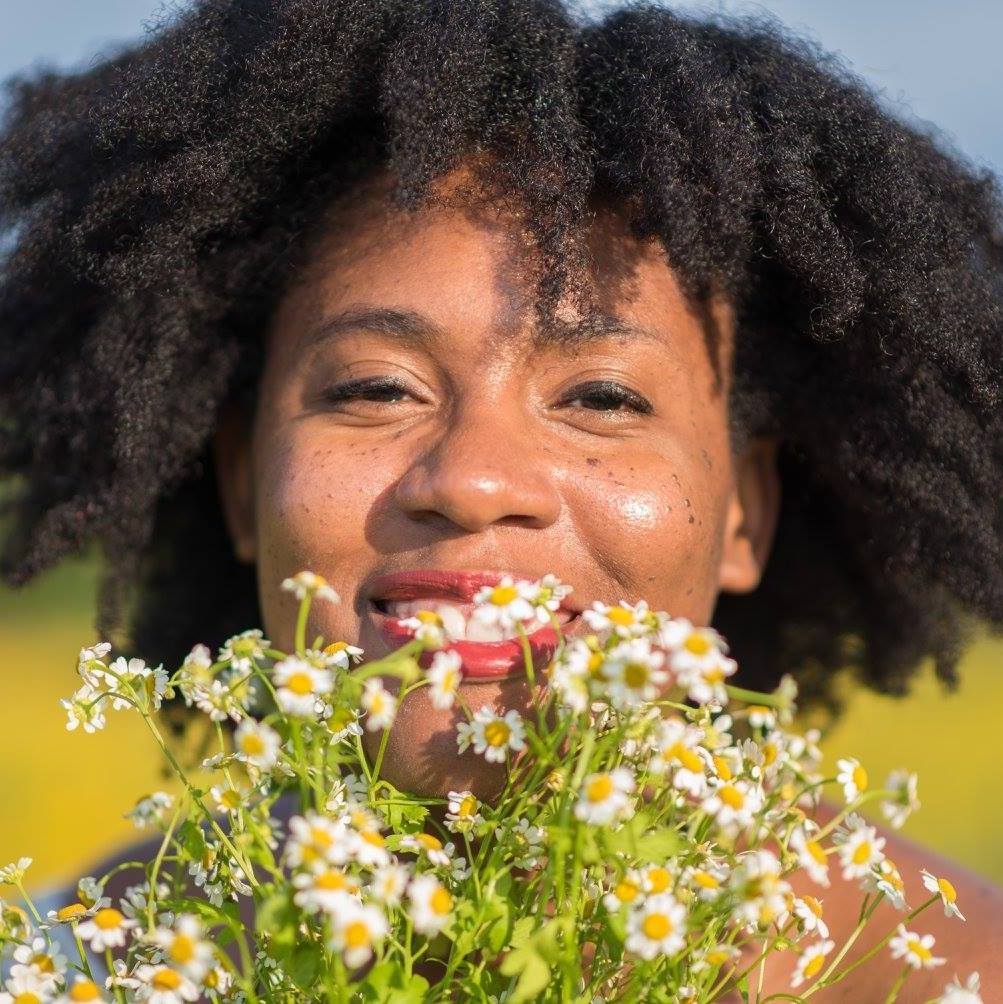 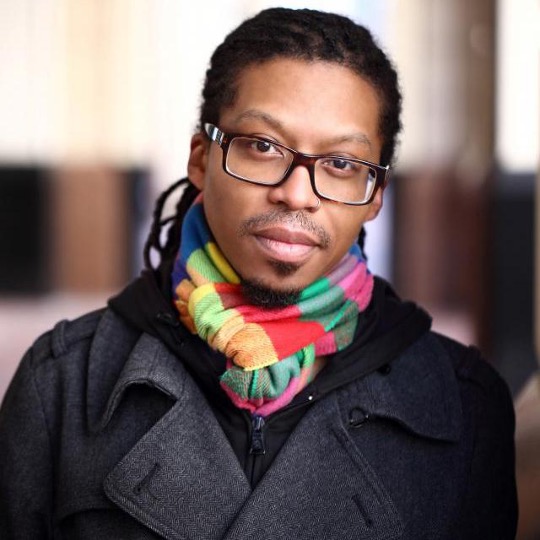 Nathan McClain is a poet, writer, and graduate of Warren Wilson’s MFA Program for Writers. His work is published or forthcoming in The New York Times Magazine, Poem-a-Day, The Baffler, and West Branch Wired, among others. He lives in Brooklyn and works as a professor of creative writing at Hampshire College.

“How lovely, at last, to have nothing to do but sit, shirtless, in my collapsible chair, reading Gerald Stern’s American Sonnets, and lovely to sit, beer in my lap, just a little tipsy, lovely, too, to ignore beauty, or desire, or whatever, the young woman unfolding her nylon tent, smacking each stake into the sand with her sandal’s heel, slipping discreetly into her swim suit, though I could watch the plane zip past, tugging a banner for Wicked, which there was still time to see if you wanted, or the sailboat glide slowly by,”

The Sense in Turning Away by Teju Cole 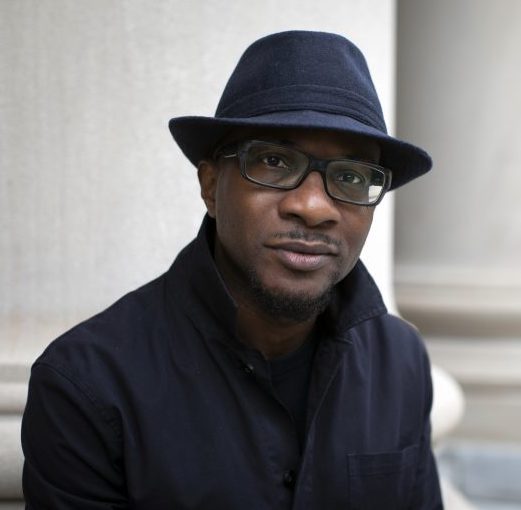 Teju Cole is a novelist, photographer, critic, curator, and the author of five books. He was the photography critic of the New York Times Magazine from 2015 until 2019 and is currently the Gore Vidal Professor of the Practice of Creative Writing at Harvard. He has won the PEN/Hemingway Award, the New York City Book Award for Fiction, the Rosenthal Award of the American Academy of Arts and Letters, and the Internationaler Literaturpreis, among other honors.

“I hadn’t noticed the psychiatric hospital before, nor the long row of antiques shops, car dealerships, and construction sites. What a rage of life flows around us all the time, invisible, inaudible, but intense and ever present. I walked on, thinking about medicine flowing through uncooperative veins and different brains. As I walked farther east, the city began to loosen its usual order, and new relationships emerged between the things I saw. The last stretch of the walk, about half a mile, brought, in quick succession, a mosque (one of four minarets in the country; one of no more than four, by law), a church, a university hospital, and a cemetery, as though there were an inexorable logic to this particular order, as though the rule were to try one thing after another in our life, to consider religion and science in their turn until the journey came to an end at the grave.”

One Night in the Midwest by Catherine Esther Cowie 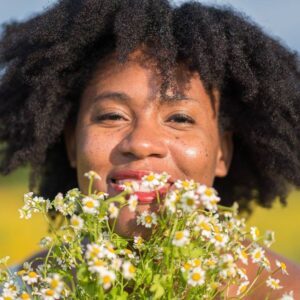 Catherine Esther Cowie is a graduate of the 2017 Callaloo Creative Writing Workshop, and her writing has appeared in The Penn Review; Glass: A Journal of Poetry; Forklift, Ohio; Flock; and Moka Magazine, with new works forthcoming in Potomac Review, Southern Humanities Review, and Portland Review. Her poem “One Night in the Midwest” was published in Issue 19.

“I smell her—
she is in the bed sheets
conjuring aged summers
when popsicles stained
our mouths red,
and the sun colored
our noses black.
We wore her jewels proud,
brown bodies glistening
in our neon pink and purple suits.
She tangled our hair with her touch,
kissed hard, too often,
rolled us around until we landed
back flat on the shore.” 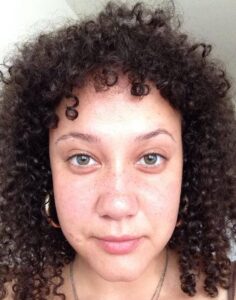 Jessica Lanay is a poet, librettist, art critic, literary artist, and short fiction writer. She has work published in Duende, Tahoma Literary Review, Black Candies: A Journal of Literary Horror, and many others. In 2017 she was awarded the Advancing Black Artists in Pittsburgh Grant for an oral history project based in Key West, Florida and the Hill District neighborhood in Pittsburgh, Pennsylvania. In 2018 she received a residency at the Millay Colony and was nominated for a Pushcart Prize by The Normal School for her poem “Milk. Milk. Milk.” Her poem, “First Fall,” was published in The Common’s April 2019 poetry feature.

“We dampened the cool white sheets
throwing each other, knowing
we are both liars; we didn’t get
what we wanted: me—a chest
to shelter me for the night; you—
some reassurance that you had any
power at all in the world.
We awoke and love abandoned
us on an island together.” 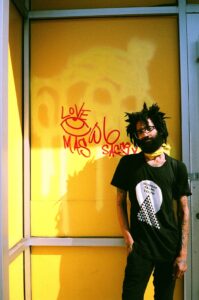 marcus scott williams is the author of Sparse Black Whimsy: A Memoir. He has received residencies and fellowships from the Saltonstall Foundation, the Vermont Studio Center, Ragdale, and the Bronx Council on the Arts. His poem “Crater Lake” was published in Issue 19.

“there’s like 30 miles of Volcanic Legacy Scenic Byway then another lil highway
til the lake. the pines fall off occasionally & the pre-dusklight accentuates the
gold in the dust & dirt. dead trees chalk line ones still standing. it’s so quiet iont
have words to describe it properly. Myrrh calls me out for projecting onto this lil
kid i said looked gay & i am proud of them for holding me accountable; they’re
right. we talk on the hike down about the violence that manifests w projecting,
& how like naturally you’ll notice a person is different than you & try to scan &
associate sure but like assuming & then forcing your assumptions on muhfuckas
is just like rude breh breh.”
ShareTweetEmailPrint
2020 Black Voices Catherine Esther Cowie Jessica Lanay Nathan McClain October TC Black Authors Teju Cole
Amplifying Black Voices on TC Online IV10.05.2020