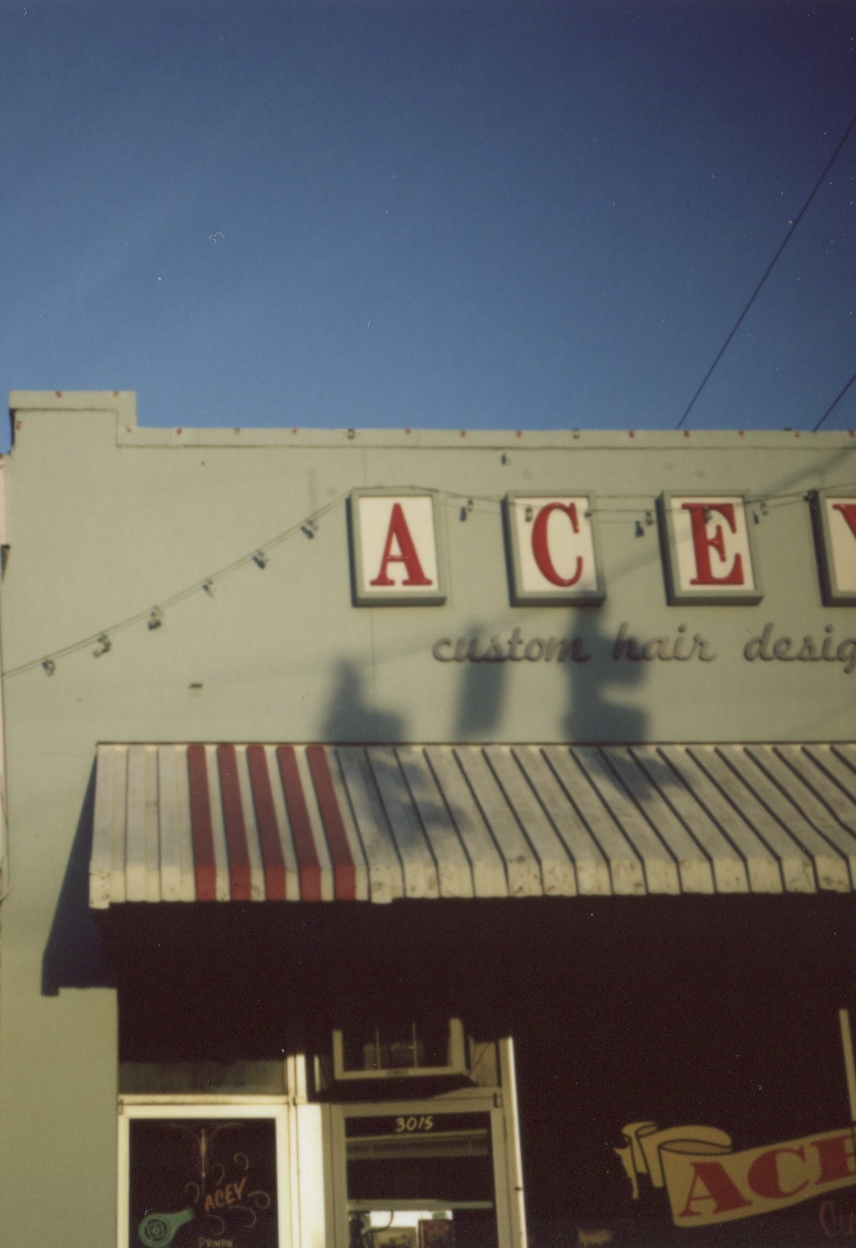 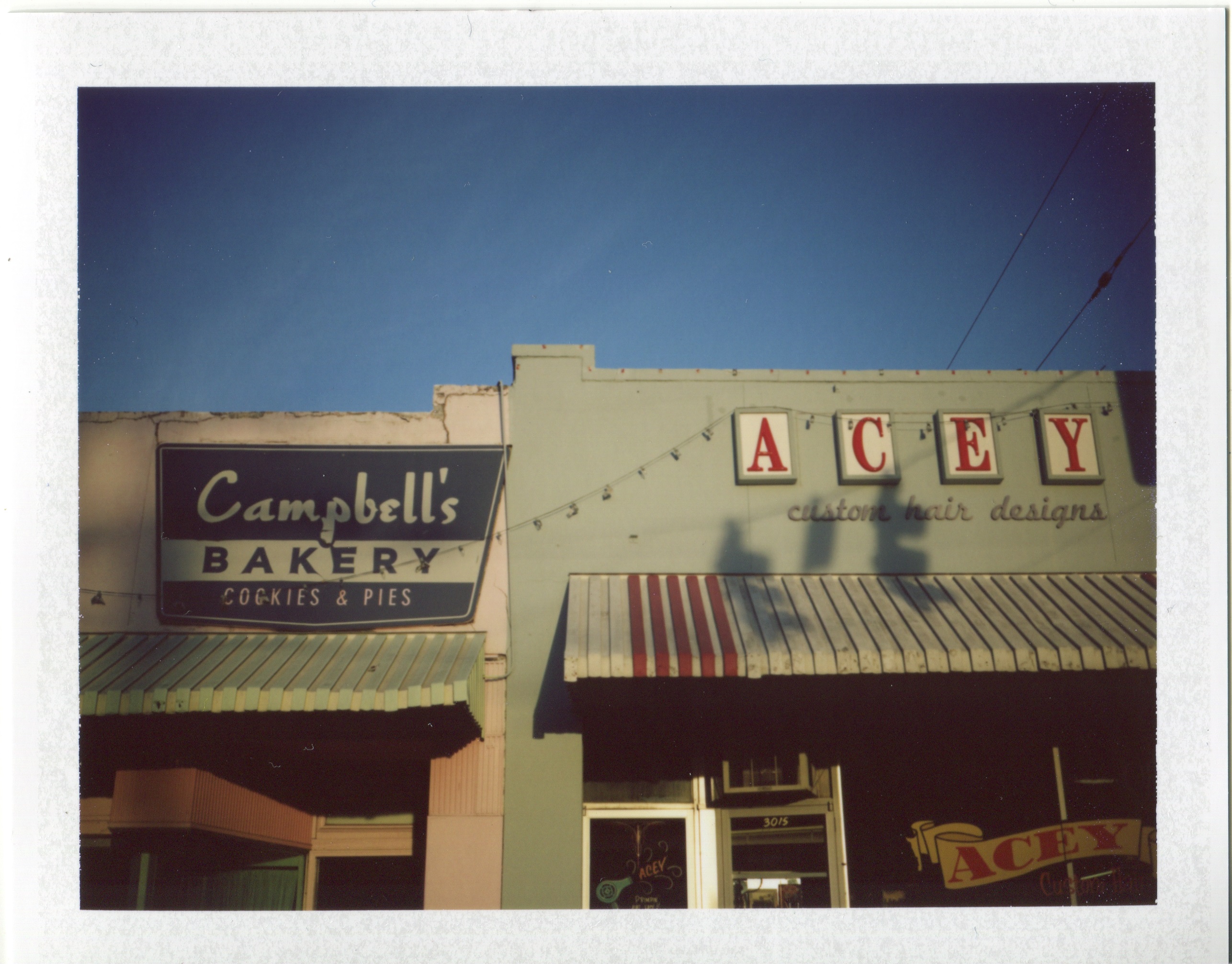 How long have you lived here: I was born in Jackson and lived here until I was eighteen. I moved back only a few months ago.

Best time of year to visit? Winter, spring, fall. The weather can be unpredictable, though, so it might be seventy degrees in December.

Jackson isn’t much to look at. It’s pretty flat and there are a lot of potholes, which we blame on something called Yazoo Clay. I’m not exactly sure what this is, but it means the soil is terrible and the foundation of your house is a damn mess.

Although the city isn’t particularly lovely, certain parts of it are quaint. Belhaven, for instance, where Eudora Welty’s home is located, is quite nice. And the Fondren District, which was once the site of the Mississippi Lunatic Asylum, has been renovated and completely reimagined; they’ve turned an old schoolhouse into a space where a hair salon, an oyster bar, and a music venue coexist. Fondren is also the home of Jackson’s oldest bakery, and my favorite, Campbell’s. The Mississippi State Capitol is also worth a visit, a Beaux Arts-style building completed in 1903.

The main problem with the city is that there’s nothing that specifically defines it, and that’s always been its struggle. There are a number of colleges here, a book festival that attracts thousands each August, great restaurants, a zoo, museums, etc., but there’s not a singular particular thing that the city is known for. The capital of Louisiana, Baton Rouge, has LSU. Nashville has country music. Atlanta is Atlanta…Even Montgomery has the bus boycott.

2. The stereotype of the people who live here and what this stereotype misses …

There’s certainly a stereotype of Mississippians. On the upside, we’re considered friendly, generous, and hospitable. Mississippi, though always the poorest state, ranks something like second in charitable giving. And I’m pleased to report that all of the good stereotypes are true. We invite strangers into our homes on holidays (and every other day). We smile and say hello to everyone. I spent half an hour yesterday talking to an elderly neighbor while the mosquitoes ate my legs, commiserating with her over her daughter’s divorce even though I’ve never met her daughter.

When people from smaller towns in the state move to the “big city” for jobs and to raise their families, however, I’ve been told that Jackson can be insular, difficult to make friends and integrate into the community. When it’s your hometown, and when you’re not particularly interested in being “a part of things” in the traditional sense—kids and religion—your perspective is a bit different.

My mother was born here. My father has lived in Jackson for forty-five years. I have family nearby—dozens of aunts and uncles and cousins. In this sense, there’s no way that I couldn’t be a part of the city. This skews your perception in a lot of ways.

3. Historical context in broad strokes and the moments in which you feel this history. . .

I walk my dog at the Ross Barnett Reservoir. Barnett was a segregationist who arranged for the arrest of Freedom Riders in 1961 and had them imprisoned at the state penitentiary. The Mississippi Flag still has the Confederate battle flag in the upper left hand corner. And, of course, there are the statues everywhere: Robert E. Lee, Jefferson Davis. The old Confederacy is everywhere you look, but when you’ve grown up around it—when you see it all the time—you don’t really see it.

That’s changed now that Trump is president. I’m conscious of all of it, all of the time. I resent how much I like walking my dog at the Ross Barnett Reservoir. I hate the flag. I hate that in 2001, 65% of Mississippians voted against adopting a new one. Mostly, though, I hate how I failed to notice these things, and the implications of them, for so long.

If we don’t make drastic changes, Mississippi will stay on the bottom, and will remain here. Unfortunately, many people still can’t see that. These are the people who like pithy sayings like “heritage not hate,” when it’s all about hate, and that’s all it’s ever been about. The second sentence of the Mississippi Declaration of Secession states, “Our position is thoroughly identified with the institution of slavery—the greatest material interest of the world.” If you’re willing to defend this shit, over 150 years after we lost the war, I am, quite simply, baffled.

Change is happening, but not nearly fast enough. And the reason for this is uncomplicated: we’re isolated, and we’ve always been isolated. It’s a real “Hotel California” situation.

There are a number of excellent locally owned restaurants; you can get good sushi, steaks, and Thai food here. Overall, though, I’d say the food is typically Southern: some combination of grits, bacon, and eggs for breakfast, and fried chicken/pork chops, macaroni and cheese, and greens for lunch. It’s a difficult place to be a vegetarian and I gave it up for good once I relocated back to Mississippi from Austin. The final nail in the vegetarian coffin occurred when I asked a waiter which of the vegetables on the menu didn’t have meat in them. He looked a little worried and assured me that all of the vegetables had meat in them. (Okay, so it was a buffet and the waiter was actually a cook.)

The vocabulary is also pretty typically Southern: lots of y’all, words smashed together, and heavy drawls.

True story: this afternoon I drove my mother to the doctor’s office to drop off a pound cake. It’s times like this, when I’m parked illegally and my dog is hanging out the car window, when people are waving and smiling at me as I wait for my mother to talk to literally every person in the office, that I realize this an unusual place. Despite its flaws, the people here are really very nice. I don’t know what to make of it half the time. Even when I’m frowning, they’re all like, Have a great day! I hope to see you again soon!

5. Local politics and debates frequently seem to center on . . .

In the past fifteen years, the mayors have either died in office and/or been put on trial (don’t quote me on this), though the new mayor seems very promising. He’s young and well educated and is already implementing various changes. Most of these changes will involve tax increases, unfortunately, which will stress the local population even more, but he’s the best hope the city has had in many, many years.

Mary Miller is the author of two story collections, Always Happy Hour and Big World, as well as a novel, The Last Days of California.