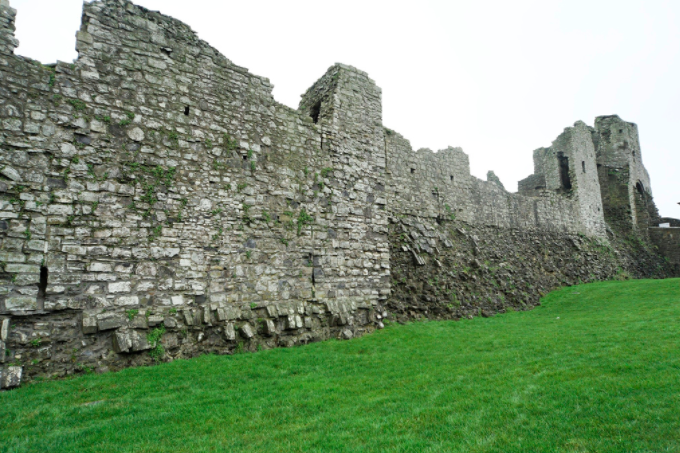 At Newgrange, they carved spirals into the stone

over and over, though surely a curved line is the most difficult

and time-consuming thing to carve into stone, carving

with another stone, into the long, dark nights that went on for ages,

and underground, in the earth berm of its domed temple,

they packed the rocks in together, they left only the opening

how cold they must have been in their labor.

And you begin again, rising every day.

The black moon, it’s called, when only a sliver shows

and the lunar new year begins. It’s the suggestion of seeing

what you cannot see,

slicing open the sky, a sacrifice for the hope

that there will be wholeness. That wrongs will be mended.

There will be food for the goat, who is not picky

The bananas that came in the box off the truck were so green,

and I was pissed off immediately at the stupidity of delivery

when really, how bad was it out there?

No one’s their best self in February.

Or maybe someone is, but how would we know?

The dog would love to get at whatever is in the walls,

whatever that is just wants something to eat. And not to die,

I suppose. Here, have a banana.

Elizabeth Scanlon is the Editor of The American Poetry Review. She is the author of Lonesome Gnosis, The Brain Is Not the United States/The Brain Is the Ocean, and Odd Regard.