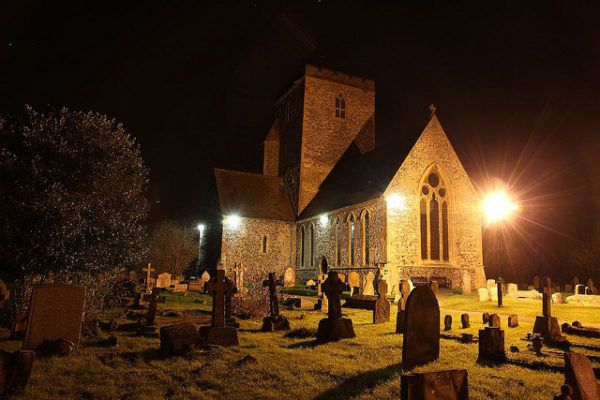 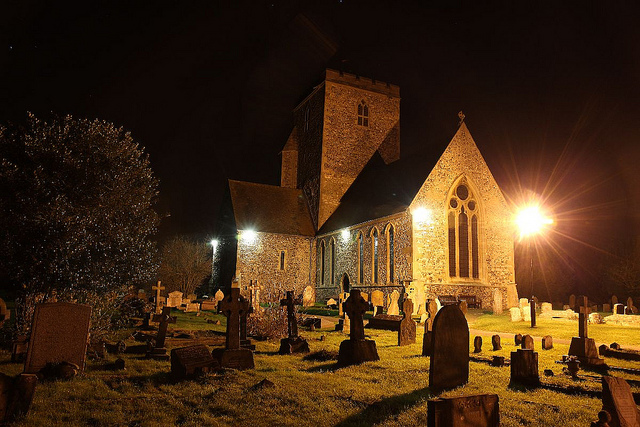 Casey delivered pharmaceuticals, body parts, and body fluids to nursing homes and medical facilities. He drove the graveyard shift. One night, for no good reason, I decided to tag along.

We started at 7pm and snaked the surface roads, passing local Memphis landmarks like the humongous lawn Buddha and the trapezoid house, both on Mendenhall in the Hickory Hill neighborhood. On I-40, we passed the World’s Tallest Crosses of the Calvary, located on the lawn of the Bellevue Baptist Church. After that, the landmarks disappeared. It grew dark, except for the dashboard. We headed toward Jackson, Tennessee, with a car full of drugs and the sense—at least on my part—that we were on a great adventure.

Casey pointed out an Adult Superstore sign along the highway. Some of the lights from the sign had blown out, so it looked like it said “ASstore.” That got us laughing.

In Jackson, we had two stops.

The second place we visited was an old folks’ home that served a poor clientele; the residents were packed three to a room. In the hallway outside the nurse’s office, I encountered a small, African American woman with two milky eyes. She had a high, pretty voice like a seven-year-old girl, even though I judged her to be at least 80.

She bumped along the hallway, cheerfully hitting almost everything in her path, making her way to the smoke porch. I moved to open the door for her, but she changed her mind or had no intention of going outside in the first place, turned on her heels, and bumped back along in the same direction she had come.

“She gets along pretty well,” a nurse remarked.

“She really does,” I said stupidly.

“By the way, you can’t take any pictures in here,” she said.

But I wanted to.

Once we reached Henderson, it was already midnight. Casey and I gassed up at a station ablaze with light. We grabbed our junk food and joined the line, but realized the proprietor was fighting with a middle-aged woman who complained the ATM had stolen her bank card. She pounded the machine. “This is against the law!” and said she’d be taking her complaints to President Barack Obama. The store employee argued with her, saying, what could he do, he just worked there.

Casey showed me a mixed nut assortment and said, “This is pretty healthy, right?”

I looked at the vials of 5-Hour Energy elixir, but decided I only needed about three more hours of energy. When I hit the pillow, I wanted to sleep.

Soon we were on Highway 45—our almost-last stretch of road. Casey settled on a radio station playing church piano music.

It was maybe 1 a.m. when we hit Adamsville and our last delivery destination. The nurses had their hair scraped back into messy buns, and no one wore makeup or spoke. A huge calendar of October activities hung by the door. The residents could attend Bingo or reminisce about history. There were other activities, too, like church.

Casey told me about his longest ride ever—a set of deliveries that had taken more than 24 hours. He said it had scrambled his brain.

I asked, “When you’re on the road, do you ever get so tired you hallucinate?”

He nodded and told me a story.

“One night, when I took the 72 to 64 through Bolivar and Savannah, it got totally dark. There was no one, nothing—just the void. On the median, there was this guy standing there. He appeared, all of a sudden, and I didn’t see him until I was right up on him. I thought, ‘What’s this guy doing?’ I looked in my rearview mirror, and I saw him light a cigarette with his hand.”

“Don’t look back!” he said and laughed.

Betsy Taylor works for a children’s charity in St. Paul, Minnesota. Her writing has appeared in publications including The Republic of Letters, Evening Street Review, and Memphis Magazine.