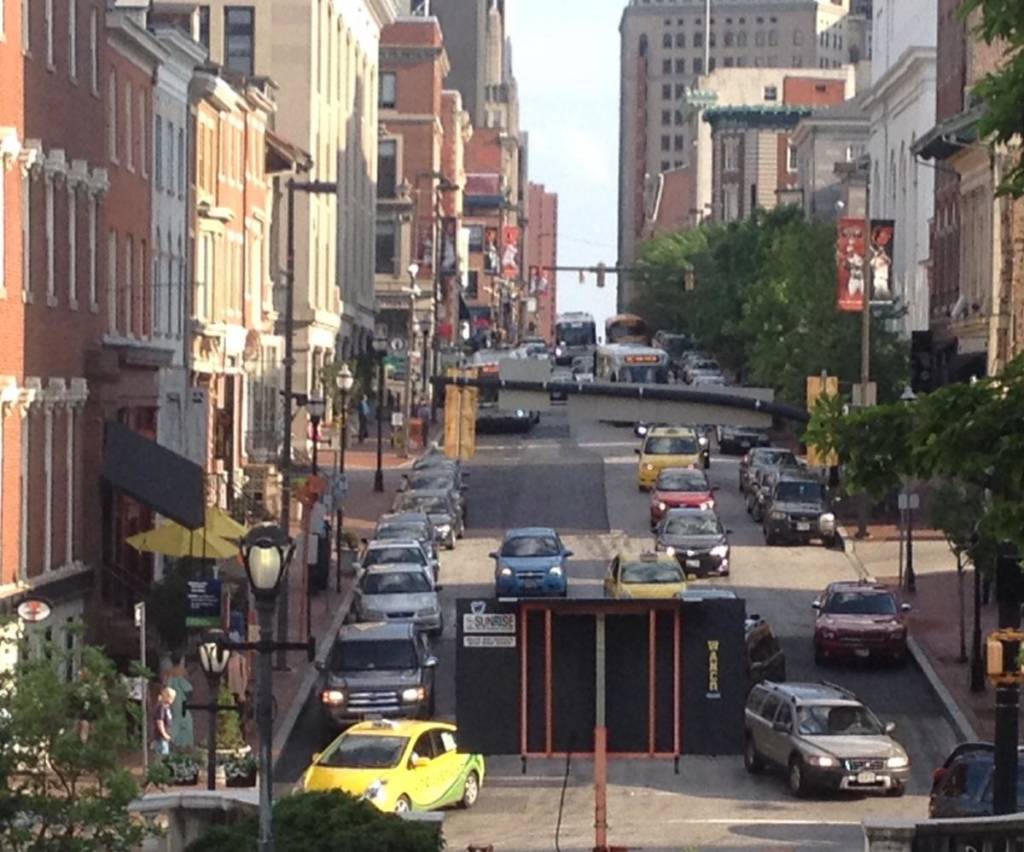 The week of Freddie Gray’s funeral, after the rallies and the marches, after the west side ignites and the camera crews descend upon our city, the helicopters swarm in two clusters—one to the east side and one to the west, a steady thunking all-day-and-night stutter. It’s the sound of tension hovering—a sound that makes people stop on the sidewalks and stare up at the sky.

We live on a busy street of tall old houses between the two sides of the city that are being watched from the air and a couple miles north of the downtown tourist area of glass storefronts and office buildings, where a human wall of police officers and national guard troops stretch along the inner harbor, watching at eye level, men and women holding guns and shields with handfuls of coiled plastic handcuffs attached to their uniforms. We are surrounded by the noise of what’s happening, but we are removed from any sense of risk: we are not afraid of the police; we are not afraid of our neighbors; there is no merchandise being protected by force. It is an exaggerated version of how I often feel in Baltimore—safe but not far from people who do not feel safe.

For days I follow the news in short spurts. Everyone is emotional or polemical—still fumbling through their reactions or gathering new evidence to support an old belief. It is a tiring adrenaline-fueled way of listening, knowledge and thought all sped up to the pace of a crisis. In person, I often hear people say that they are “devastated,” and at first, I think, “I know exactly what you mean,” but then they say how and why they are devastated and my sense of recognition fades.

When people from outside the city ask how I’m doing, I try to answer carefully. I have lived in Baltimore for ten months, and this is just enough time to feel overconfident about what I understand. I catch myself writing long vague emails to simple questions. People say, “Are you okay? Is your neighborhood okay?” and I don’t know how to answer quickly. I am okay, yes, but other people who live close to me are not okay, and other people haven’t been okay for a long time. I am safe but not just because my neighborhood is safe, but also because a certain type of safety travels with me through the city, attached to my body, in the way I imagine sexual safety follows some men from day to night, wherever they go. My neighborhood feels anxious and unsettled, but this is not so much about danger as it is about the proximity to danger, the fear that other people’s struggles will bleed beyond their neighborhoods and into our own. 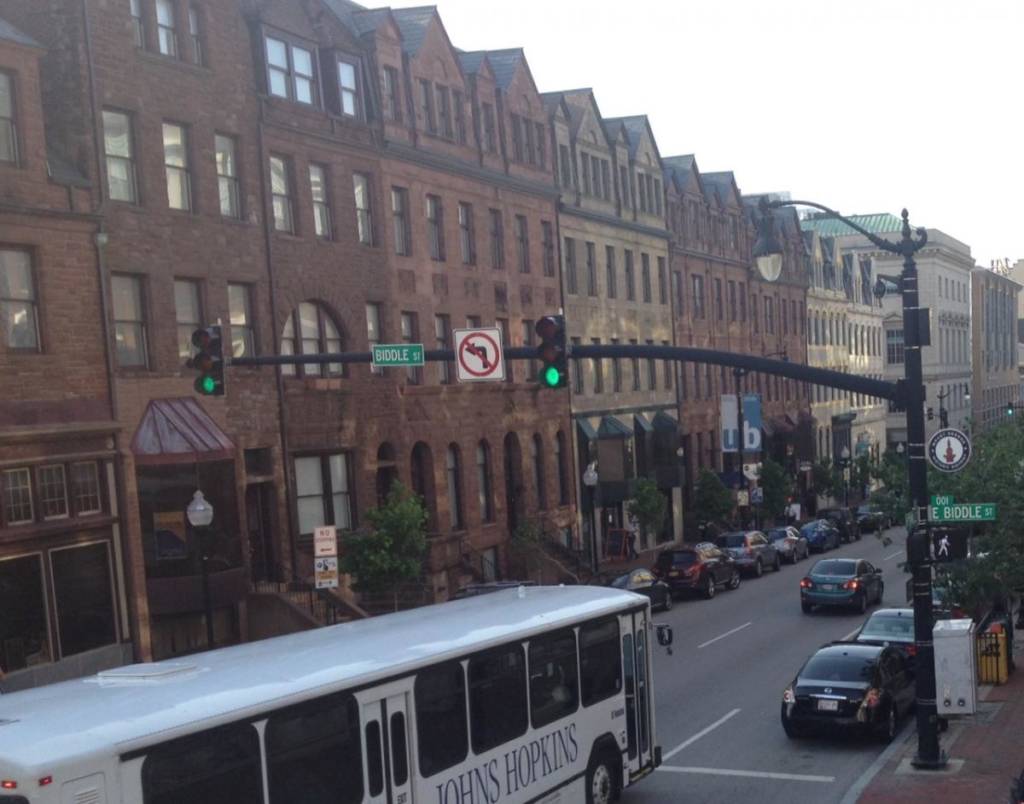 It’s loud outside, but I realize that what I’m missing is not quiet but the usual the noise of motion. The rush of traffic, music singing through the car windows, ambulance sirens tearing through the night. The squeal of the city bus braking toward a compressed-air sigh. The clank of the light rail station bouncing back against itself as the train approaches, the voices in the alleyway, amplified with night and alcohol, calling out to each other on their way to somewhere else. The comfort in the sounds of a city moving forward, the reassurance of our separate lives, pushing past each other, not touching.

Marian Crotty is an Assistant Editor for The Common.