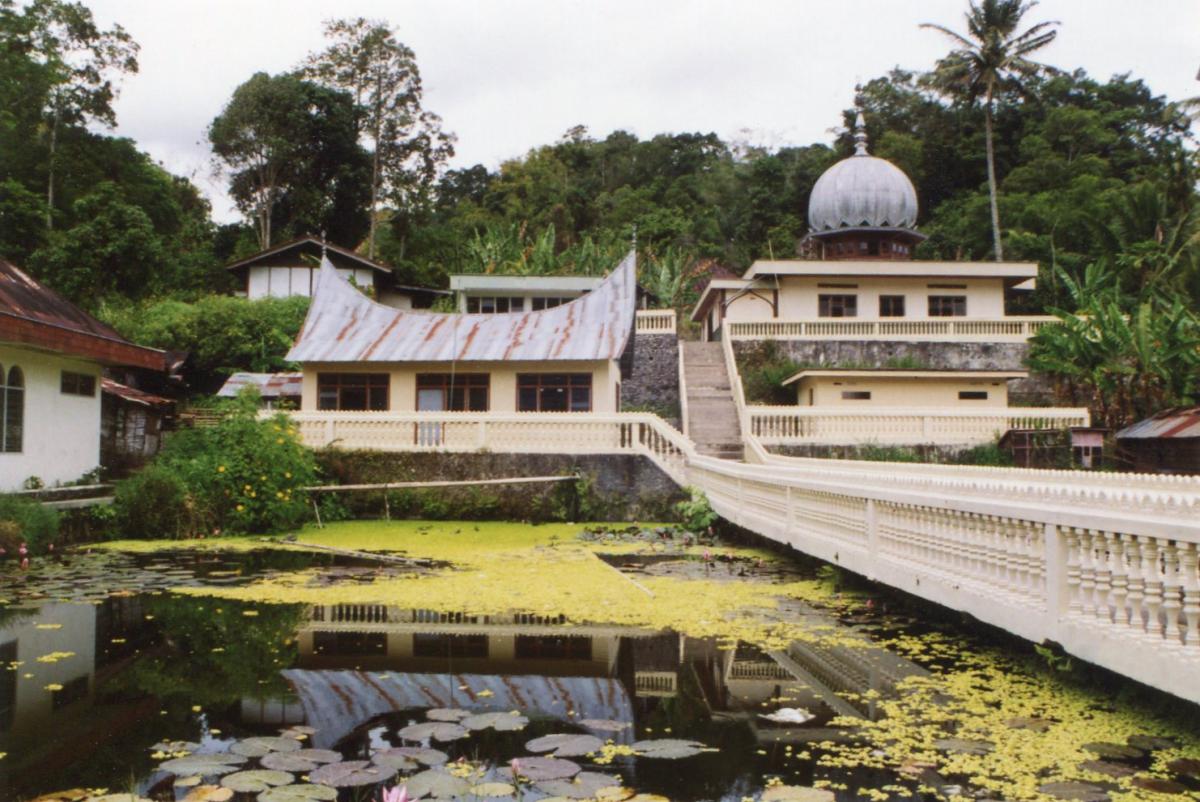 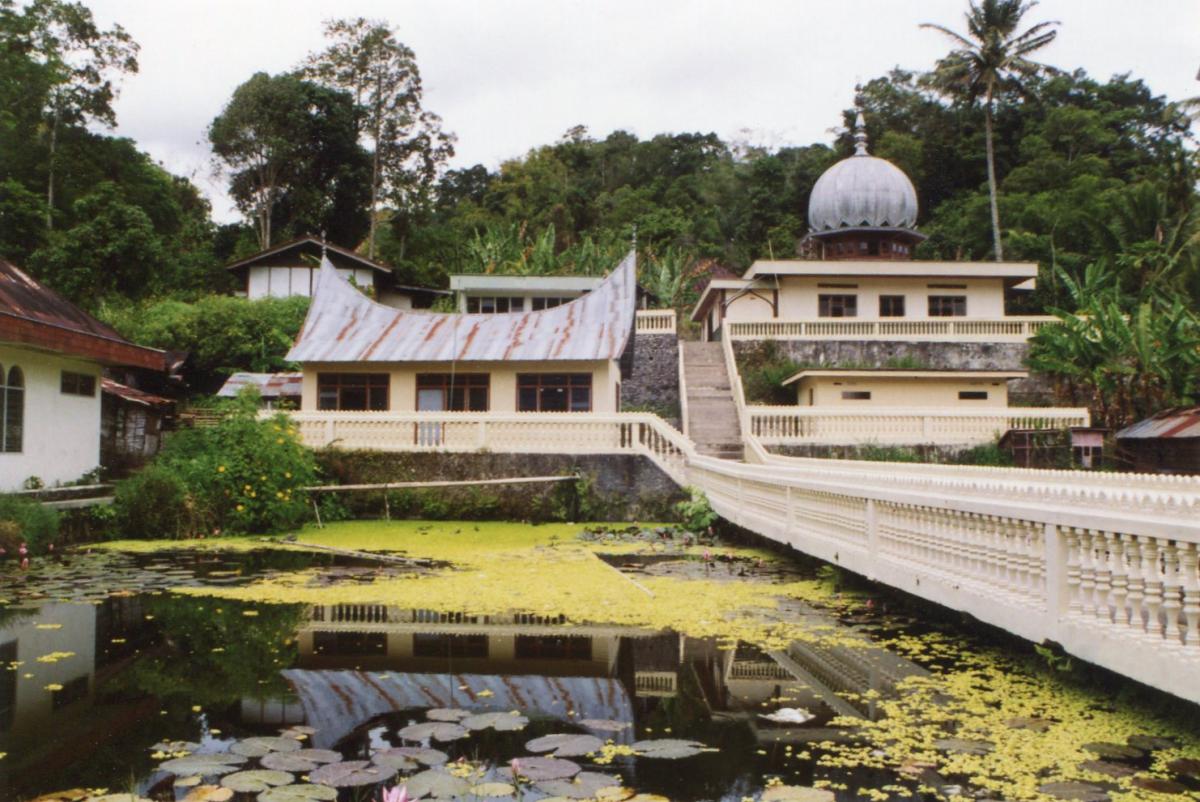 My first day in Bukit Tinggi, a town in the rain forest-swathed mountains of West Sumatra—a region home to the Minangkabau ethnic group, the world’s largest matrilineal society—I swore I heard a woman calling the Muslim midday prayer broadcasting from a white mosque.

In my confusion I stopped and looked around, as if the townscape—narrow streets lined with wooden buildings whose roof-lines curve into distinctive bull horn-like tips, with tropical gardens in flower—would somehow reveal the muezzin. The clear, mid-range voice sounded feminine, a little breathless, as if the singer had rushed to make it on time. I pictured a young woman wearing a brightly colored hijab, maybe a college student.

My vision was, of course, impossible.

I had grown up in Saudi Arabia for many years, travelled throughout the Middle East and North Africa as an adult, and had backpacked for the last two months across Indonesia, the world’s most populous Muslim nation. I knew well enough that a woman calling the adhan, the five-times-daily Muslim prayer, is forbidden—akin to going to Mass in my Catholic high school’s chapel and finding a Mother O’Shaughnessy blessing the Eucharist.

That didn’t stop me, over the next few days, from asking about it, to the merriment of nearly everyone I questioned. Some giggled at me, some guffawed. Many politely hid smiles behind their hands. No one would answer me directly about whether a woman is ever a muezzin in Bukit Tinggi. Instead, they tried to explain the Minangkabau culture to the confused American woman.

“Women own most of this town,” one young Minang wearing a white hijab told me on a street corner, where she’d asked if she could take my photo, and hugged me after I’d smiled for her camera.

The Minangkabau practice centuries-old matrilineal inheritance and social customs, called adat. All family-owned houses and rice fields and businesses are passed through the female line, from a woman to her daughter, niece, or granddaughter. So around town, traditional gender roles often seemed reversed, to an almost comically exact degree. In the guesthouse where I stayed, women ran the show. Shops featured female proprietors seated in tall chairs, while young men often did the sweeping and dusting, the jumping when a customer appeared. 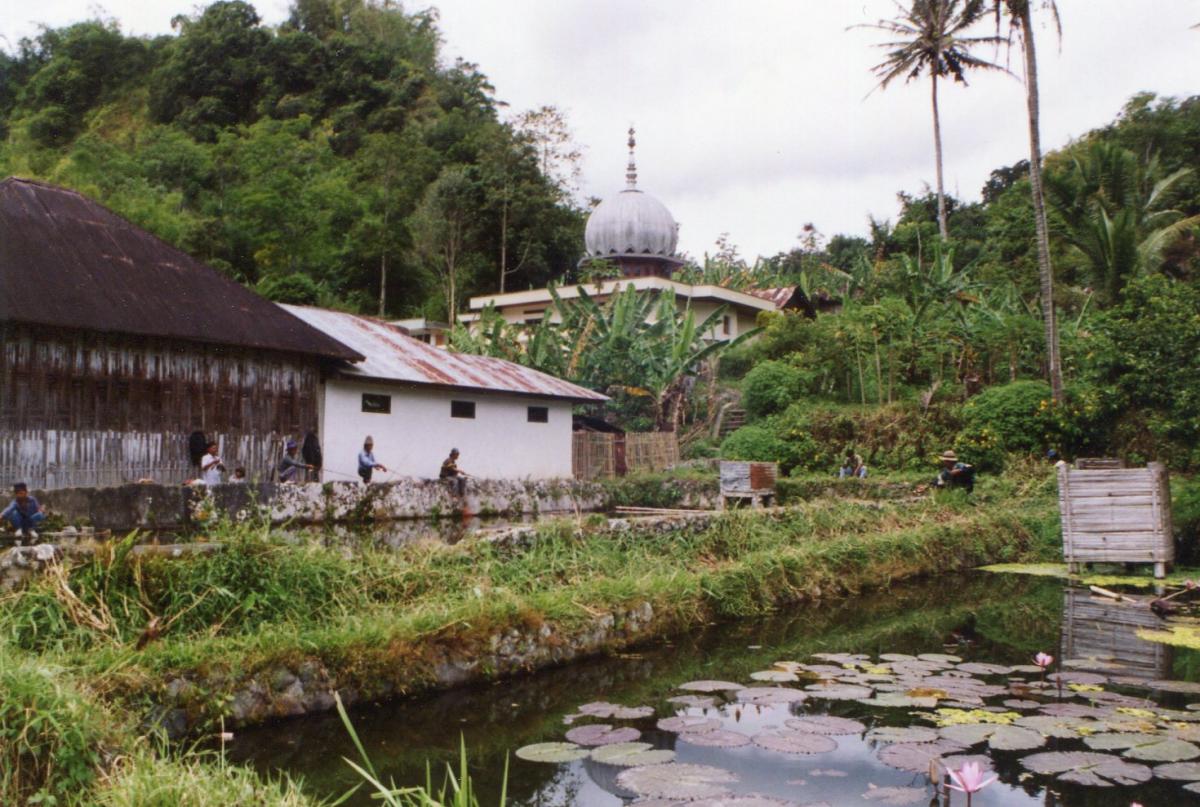 One young man, though, did not laugh at my question. The manager of his sister’s popular cafe serving fiery red Padang curry, he wore deep bangs and a Bob Marley teeshirt.

“I don’t know about a woman being a muezzin,” he answered me quietly. “But women are usually the bosses here. And when things are good for women,” he went on, “it’s better for everyone. We Minang are peaceful and richer and more educated than other Indonesians.”

I confess that at the time I’d wondered: Is this guy for real? In my journal, I recorded our conversation with skepticism, as if he’d given me, another dusty Western backpacker, the spiel he assumed I wanted to hear. Only it sounded too good to be true.

Later I learned that the Minangkabau are indeed known for their economic success, for being the wealthiest and most educated ethnic group in Indonesia. Young Minang often leave their mothers’ homes to study and make their own fortunes in larger cities as doctors, entrepreneurs, engineers, a tradition of profession-seeking migration called rantau.

“I like my job,” he continued. “But to get rich maybe I’ll move to Jakarta. Then I can come back and take a wife. Or two wives!”

I squinted at the logistics involved in this Minang, Muslim man taking multiple wives. “So if you marry two women,” I asked, “would you all live in one house?”

“No, no,” he said. “Each wife would have her own house. I’d move from one house to the other, back and forth.” He finally cracked a grin, perhaps at the look on my face.

It was no doubt a look of astonishment. My brief glimpse of the Minangkabau revealed not so much a culture of dichotomies in conflict—male versus female, Islam versus adat, tradition versus progress—but in intricate blendings that defy simple dualisms.

The next muezzin I heard was different—and sounded, unsurprisingly, like a man. That any muezzin could be mistaken for a woman struck me, by the time I left West Sumatra, as its own revelation. Maybe the confusion was intentional, even playful. Maybe it was calling to be questioned.