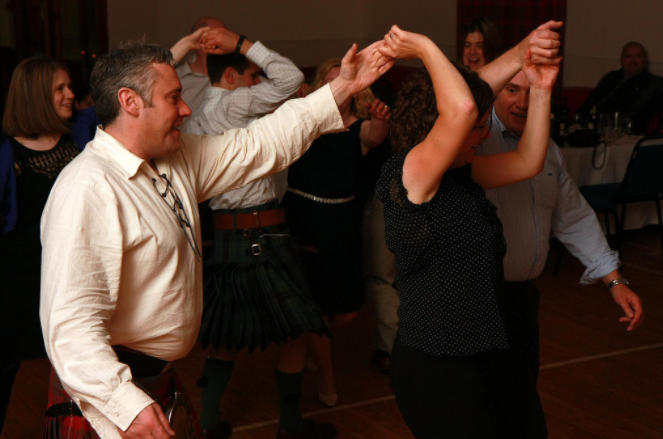 Morning builds. Like a reel,
the first heat arrives, and with it,
leaves fall, dead bees, a cortege.

The slowstep into church is accompanied
by an organist and weeping in the pews.
Later, a feast, a céilidh. Far off, bells toll.

Bells peel far away. A feast and céilidh await
like an organist and weeping in the pews.
The dance into church begins.

The cortege is bright as bees.
The bride arrives late. Heat reels
in the end of the day.