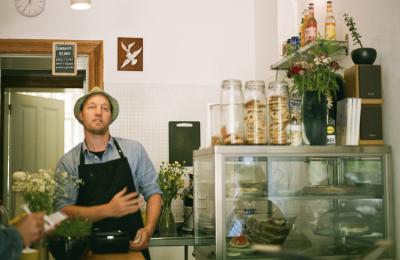 We painted lipstick on our lips and watched businessmen in suits flip open Die Welt, grazing the top of the newspaper with their line of sight, conspicuously shy in their observations of two foreign frauen. The train shot into Berlin’s Hauptbanhof with succinct precision, confirming one of our German stereotypes: 7.00pm exactly on Dec 31st, 2003, and not a minute late. My friend and I hoisted backpacks and flowed out of the central station and into a city that was eagerly, furiously rebuilding, was humming with energy, and was dusty and heterogeneous and still could not quite figure out how to contain itself. 2004 seemed like an inauspicious year to welcome.

As anyone who’s travelled to Germany’s capital in the last two decades will know, and as this photo essay of the last 26 years will tell you, Berlin’s a slippery, moving thing, a kaleidoscopic pile of rubble and glitter. I don’t know how or what I expected Berlin to be that New Year’s of my first visit; I was still basically a teenager, and the co-joined city was too. Agitprop images of communist times had stuck in my mind: rusting wire atop a thick concrete wall, squat buildings on the eastern-border straddled with satellites, vaguely Polish-looking people striding the wide-angled streets. 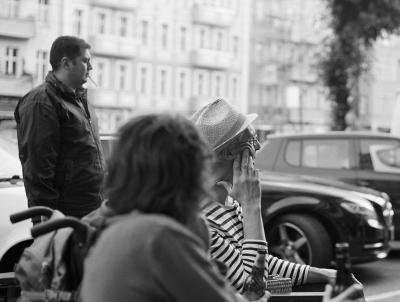 What I hadn’t expected were the bookstores, the love of books, the reading that occurred in parks and on trains, even in clubs in the evenings. That year, people were consumed with Michel Houellebecq, despite his misanthropy, and in the still-dawning period of post-perestroika, Franz Kafka and Milan Kundera.

Still, it was an ugly, awkward time – dirt from the construction in the ‘no man’s land’ zone where the wall had stood spread out from the center; cranes were the tallest and most ubiquitous shape. In East Berlin apartments people lived and tried to write play scripts in winter without central heating; they emerged looking half-feral, un-showered. The eastern suburbs of Kreuzberg, Friedrichshain and NeuKölln were chaotic and noisy, full of mixed populations, of Turkish and Russians. You could move from street to street and find everything – architecture, people, street-size, color, smell, footpath, language, memory – change around you.

Strange that visiting a place even just once can lead you to lay claim to it, as though physical presence is the only quality that matters. “This city somehow belongs to me more than those who are not here within it. I want to believe, by laying my head here, that I have greater authority than those who come after me.” A secret experience lies in the interaction that can only occur in one permutation.

Of course, by the time others arrive your own claims might have changed; you yourself have moved on to newer places, or perhaps you care less about possession. But what is it that lingers – a sense of betrayal? – when you find a place you loved is no longer what it was.

In 2013 Berlin seems an adult, a whooping place that has just grown conscious of itself but is still young enough to believe in its own wisdom. Its links to the world, its global consciousness, have taken on a more recognizable form. Its patterns now, perhaps, are more ready for categorization.

If you spend all your time in the east side’s stylish Kreuzberg, or if you have a bit more money, Prenzlauer Berg, you might think the whole city is full of serious Germanic hipsters. Somehow, in a short decade, Berlin’s become the groomed, geek-glasses wearing, bookish hipster of Europe. The apartments in East Berlin have been renovated and rented out as studios and coffices, and screes of Malcolm X glasses gaze upward when you pass by an outdoor café. But a little delving reveals that these hipsters aren’t German: they’re American. In conversations back in New York City, few references to Berlin aren’t met with truly animated excitement. Omg, Berlin ist so heiss right now, Berlin ist sehr schön. As New York expat Thomas Rogers writes in The Awl, when he started telling people he was moving to Berlin he “would almost always hear two things: 1) “I’m so jealous.” 2) “My friend moved there, you should look him/her up.”

Brooklynites populate big sections of former East Berlin. Kreuzberg is the logical sister to Williamsburg; Prenzlauer Berg to Park Slope; NeuKölln to Bushwick. The city’s so cheap, so full of bars and clubs and raves. Berlin has otherworldly public transport – smooth and quiet and clean, and there’s a general awareness of the importance of supporting one another in society, which offers yin to New York City’s hardcore yang. Berlin’s transfusion of artists – or, perhaps simply “creative tourists” – from the world over in literature, visual arts and music seems ongoing, and is hard to resist. 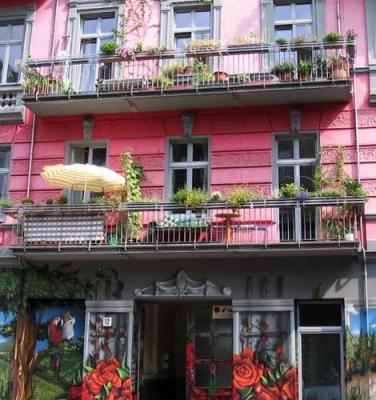 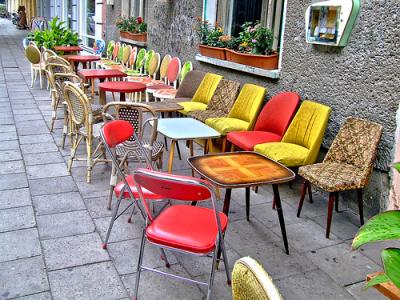 At the center of the new literary world are innovative, way left field publishing presses, which are blooming like twisted little flowers in the city’s concrete.  Saint George’s bookstore keeps track of the Williamsburg – Berlin hipster-literary-bro continuum (to borrow a term from The Literary Man) and runs cross-Atlantic readings every month in its Here! Here! There! series, with Brooklynites like Christian Hawkey regularly appearing. Oote Oote, a Dutch blog with Berlin links, reviews readings in New York City, titling their posts with phrases like “hipsters around a virtual campfire” in reference to Bushwick’s Fireside Follies reading, where even the campfire is ironic.

There’s a well-made quality to Berlin artists now, a sense of financial security and entitlement that goes against the adventurousness that once made the city charismatic and grungy. With the move into categorizable trends, real edginess and creation has seemingly disappeared. The locals blame the shift on “tourists” from New York, whose presence causes increasing contention throughout the city. Graffiti and posters have appeared, offering guidelines on “how to identify a tourist.” The guides are illustrated with white hipsters in skinny jeans. Berlin is trying to evict its hipsters, and the hipsters and others are fighting back. 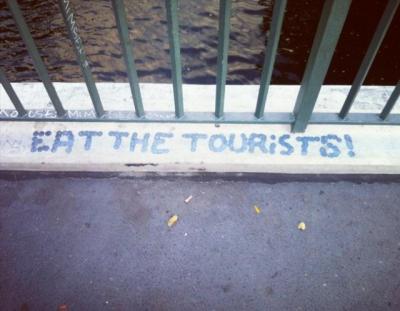 In a baby store in Fort Greene, Brooklyn, a baby onesie is for sale. Echoing John F. Kennedy’s famous words in German, the onesie declares: “Ich bin ein Brooklyner.” Kennedy’s 1963 speech was laden with division; he was showing his support for West Berlin in the wake of the Soviet construction of the Berlin wall. The baby onesie is red, and its script is bold and Soviet-looking; the context hasn’t been lost, it’s been rewritten.

The change in Berlin isn’t occurring in only one direction – Brooklynites move in and raise the rent in NeuKölln, but in other parts of the city unnoticed suburbs widen and grow, morph and layer over one another.

Last summer I wandered up Lehrter Strasse in Berlin’s center, where I had lived for six months in 2004. My friend had left; I had chosen the place as mine. A comforting sense of home crept into me as I walked; there were the linden trees that had showered the street with white spring petals. There was the weird music club that played acid rock and held goldfish races on the weekends. There was the one tiny Greek restaurant – still going. But the park where I had jogged daily was now a Lido supermarket and car lot. At the end of the street I found an unrecognizable sprawl of chain stores. Where there had been parks and small houses, now spread giant shoe shops, megamalls, and highway overpasses. I backtracked, trying to find the doorway to the building I had once loved and lived in. I walked there as a ghost walks, not feeling my footsteps. The block seemed right and familiar, but the doors all looked the same.

Photo of Prenzlauer Berg apartment building from Achi-Nova.net; Eat the Tourists photo from The Awl; other photos by Melody Nixon.