Many Anglo-Westerners think of Siberia in terms of its weather (freezing), its animals (tigers and woolly dogs), its history (gruesome and gulag-filled), or the distances it encompasses (gargantuan). In their conceptions of Russia’s east, twenty-first century writers don’t stray from received stereotypes. Siberia is described in one piece in The Rumpus as the junk drawer below the kitchen radio to which you send unwanted things; in another recent selection of writings “on the near and far,” Siberia is the “far” place, down from which cold winds slither.

It’s not just Cold War propaganda that endures; other Soviet-era legacies continue, such as the buildings of the Union, dissected here in all their sci-fi glory in this photo essay on The Awl, which examines the surprising recent phenomenon of English-language coffee table books on Soviet architecture. But perhaps this phenomenon is not so surprising when you consider the way the aesthetics of the Soviet have been fetishized by a West enchanted by the vintage materials and detritus of its former (and at the behest of Vladimir Putin, reemerging) enemy, such a delicious junction of retrograde and communist technology that works as a salve to sci-fi hankerings in a way none of our own retro gear can. What do Soviet space ships really look like? This 1961 Soviet pop-up book might tell you.

But head to the heart of Siberia, an easy enough thing to do as this recent New York Times article describes, and you won’t be able to feed all your Soviet-porn fetishes. As I found out last summer, much of that has been cleared away. In Novosibirsk, Siberia’s capital, the Lenin statues have been razed (Stalin’s shadow was erased from most towns not long after perestroika) and replaced by statues of Tsar Nikolai II that claim Russia’s classical past as its more authentic history. As a photo in this series depicts, Lenin is losing his post of glory throughout much of the former USSR. The region in the 2010s is a very different place than it was ten or twenty years ago.

I arrived in Siberia at the apogee of 2012’s summer, and the skies were clouded over with the smoke of forest fires, caused by too much heat. The air was so warm I stripped down to a tank top – later I would get sunburned at the beach – and rode away from the train station in the back seat of a black sports car that doubled as a chauffeur’s cab. As my swearing, flushed female driver wove through traffic, I rolled down the window to catch the breeze and get a clear view of the capitalist-sized billboards that ticked by. Big budget movies, hi-tech appliances, outlet malls, reality TV shows. The world’s companies had all come to this new, hot Siberia. 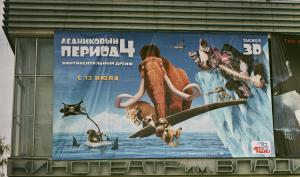 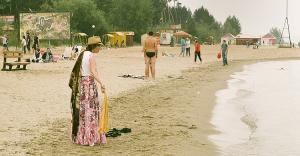 I’d travelled to Siberia ten years before, and the place I had known then was the post-USSR space of Colin Thubron, the British travel writer with a peculiar gift for combining incisive historical overview with deep spiritual insight, which perhaps welled from the nomadic urge described in this interview. Thubron might be considered one of the last great twentieth century travel writers as this end-of-the-century Salon.com piece defines them, of the ilk of Paul Theroux, Bruce Chatwin, Rebecca West, and Freya Stark – a group of studied, careful and receptive travel writers who research like scholars, travel alone to spare would-be companions the pain of joint exploration (Thubron said he would never take his wife on his journeys as he wouldn’t want her to suffer that much) and have non-condescending empathy for the locals. I read In Siberia in 2001 and traveled to Siberia, inspired, one year later. Thubron’s Siberia was filled with determined people wrestling a legacy of massive hardship whose struggle with the human condition seemed paradoxically life-affirming, in a way that those caught in the daily grind in the West might not experience. Those first, early travels of mine to the region lined up with Thubron’s view. As I huddled through fall and into winter there, teaching English and learning Russian, I felt more painfully aware of my humanity than ever before –undoubtedly the minus 40 degrees Celsius temperatures played a key role in this life-affirmation.

Russian journalist Anna Politkovskaya got beneath the skin of those early days of the Russian state. She showed Westerners “what Russian money is made of” and endeavored to remove the West’s “rose-tinted spectacles” for Vladimir Putin by exposing his increasing tyranny. Before her assassination in 2006 (the official investigation into her murder closed last month, inconclusive), and in one of her last works of reportage Putin’s Russia, Politkovskaya described the price – the blood and corruption – of each ruble note fought over in the capital-grabbing years of the economic “shock therapy” that followed the dissolution of the Soviet Union. My fall and winter days in the lawless time of Putin’s early reign showed me New Russians, flaunting their cash in four-inch thick bundles, bounded by rubber bands. I saw journalists, struggling to stay afloat financially, accept bribes from local robber barons in return for spinning news stories. I was routinely bribed by bureaucrats and policemen checking my ‘documents’ – and in return, had to bribe others in order to depart the country.

Today’s Siberia–well-regulated, economically aggressive, and notably warmer–is far away – a distant, boisterous cousin – from the Siberia to which Thubron and I traveled near the turn of the century. A rule of law prevails in the Siberia of the 2010s, even if it is not one that promotes human rights and civil liberties, and even if it operates under a corrupt judicial system. Leisure time and creature comforts are now possibilities: outdoor lounges and cafes offer cocktails, complicated sushi dishes and espresso coffees to those who can afford them, and many of today’s Siberians can. Corporate office blocks, international consulting firms, and a booming tech industry supply well-salaried workers to the restaurants, cafes and shopping malls of Novosibirsk, the region’s capital. iPhones and iPods are now in most middle-class pockets; smartphones, laptops, and wireless internet abound. Many families can now afford overseas vacations and private education. It’s a complicated image of “progress,” even without the temperature change.

Despite the rapid economic development, the most notable difference between the Siberia of the early 2000s and that of today is environmental. Temperatures now reach 40 degrees Celsius and above in the summer, creating a perfect symmetry with the region’s more well-known -40C winters. This is the Siberia of a climate-changed world, the massive landmass that has become a place of methane-leaking Tundra and extinguishing wildlife and, in 2012, raging forest fires and interminable summer heat. The popular notion of Siberia as a frozen wasteland could soon be replaced by a view of it as a boiling hell, if it weren’t for the persistent extremes. 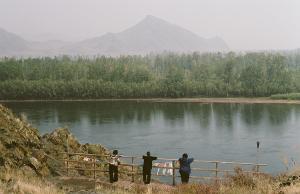 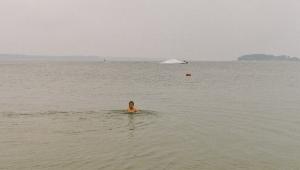 The temperate spring and fall seasons and pleasantly warm summers the Soviets lived through will be replaced, in 2013, at least, with both extremely hot summers and breath-stoppingly cold winters. The Siberian Times recently reported on violent snowstorms following a summer of droughts. This cold was brought on by record-breaking Arctic ice-melt and experienced by many of us in the northern hemisphere this December, as The Guardian predicted.

It seems a cruelly ironic twist that the new era of capitalism Siberia heralds arrives in such close company with its bold, attention-seeking cousin of climate change. Physical traces of Soviet ideology might be razed, old Soviet technology might be replaced by the latest American devices, and Putin might be constantly reinventing himself, but the environment can’t be so easily upgraded. The new Siberian now finds herself sweating and battling pollution and forest fires. She works stints in chilled, air-conditioned corporate offices, then drives through snow-covered streets, the heater blasting.