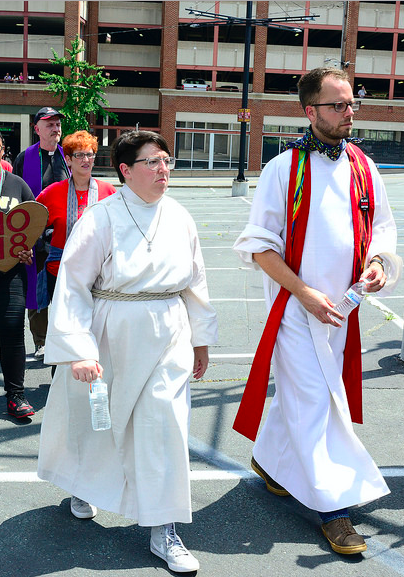 You arrive at the scene to play your part. Actors fill the stage, bodies motionless.

Stage right: Metal barricades and a long row of riot shields outlined by helmets, batons, cans of pepper spray, guns. Bodies of men behind it all. One body stands atop a tank, bullhorn raised to his face.

Upstage right: Swastikas on flags and sleeves. Citronella torches with sharpened bamboo shafts. Costumes include white polos and khakis, or military clothing, or shirts brandishing swastikas, Confederate flags, strange insignia that meant less yesterday. Bodies of men behind it all.

Downstage left: Costumes include t-shirts with clever slogans. Props include signs with clever slogans, jugs of water and milk. Bodies are black, brown, white, and arranged in a sequence of those who simply wished to show up and do something, those who are prepared to receive blows but not return them, and then, in lesser numbers, those in masks who are up for whatever goes down, these last bodies postured not unlike the bodies upstage right.

Spotlight on an empty space center stage. In a moment an object will appear. The object will be from a significant moment in history. What happens to this object, these bodies believe, will determine our future. Destroy the object, deify the object, dismantle the object, save the object. Protect our way of life.

You arrive at the scene to play your part. There is no costume. There are no props. No script. You look around for a protocol manual, a holy book, a manifesto to call your own. You walk to center stage where the object has yet to appear, spin around to see all eyes on you, all human eyes, no matter the expression or costume. All human, you insist.

The object appears, and it is you. You are a man on a horse, raised eight feet off the ground, dignified, still. All human, you insist, and yet you have become the thing they want to destroy or deify.

Someone from beyond the stage yells Action!

The bodies spring to life, all of them. Except yours. You remain motionless. Bodies charge you from upstage right, saying they will protect you. Bodies charge you from downstage left, saying they will destroy you. Bodies stage right stand still. Bodies stage left walk slowly, arms raised. Then the bodies are suddenly together. Flag poles and torches, shields and sticks, bodies no longer charge you but charge against other bodies, all bodies, any body.

You wake. Sit up straight. No daylight. No script.

Andrew Johnson is the author of the essay collection On Earth As It Is. His work has previously appeared in Guernica Daily, Crazyhorse, MAKE, the Kansas City Star, Hobart, Sonora Review, and elsewhere. He lives in Kansas City, Missouri.