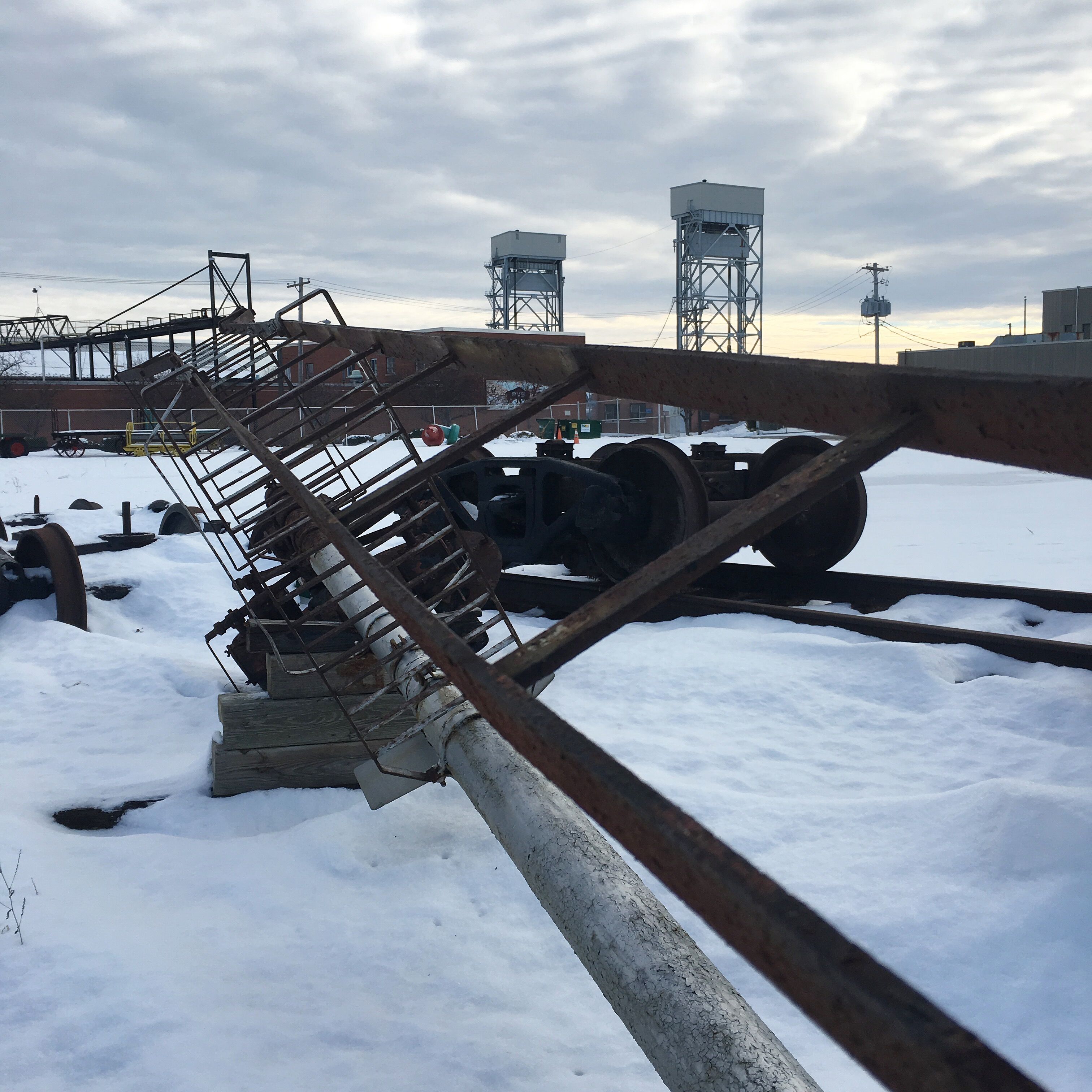 Twice winter nearly killed me. Once, the night before the Blizzard of ’77, when Faddie kicked me out the house. I left and went to the gas station, where I worked and where I knew a car was parked in the garage, so there I could spend a night or two. After, you know, breaking in, I turned the ignition, ran a hose from the exhaust out underneath the door, so I could, for the night, have some heat. But before I would fall asleep I heard a cop stop outside and he threw it back in so I quickly turned everything off and was there wide awake. All adrenaline. That’s the first instance. Like any story it sounds harmless, though not when you’re stuck in it. And then decades pass. Honest to God, you’d think with only two or three real-bad storms in half a century it wouldn’t still be publicity the city can’t get out from under. So, anyway, I’m at work in my Astro, watching over those rock-salt piles I told you about. You remember, the ones on the outer harbor. And I watched them. When all of a sudden I see the wind carrying walls of snow. I was stuck, unable to leave for home. There was no word from the boss and I couldn’t afford to lose the job. I made a move for the metal shipping container. See, it was powered by a small generator. And I waited out nearly three days while some hundred inches piled. I tried to contact the fire department—Could you believe they said they didn’t know where that site was? And of course my phone battery was running low. I explained I didn’t have any of my medication and still they gave no sense of emergency and I thought “This container’s going to collapse,” so I sat there and prayed, asking Mary to save me. I did, I said—Save me.

Patrick Riedy was born in Buffalo, New York, and lives in Providence, Rhode Island. He has an MFA from Brown University and teaches creative writing in Connecticut. His poems can be found online in The Common and AMP.