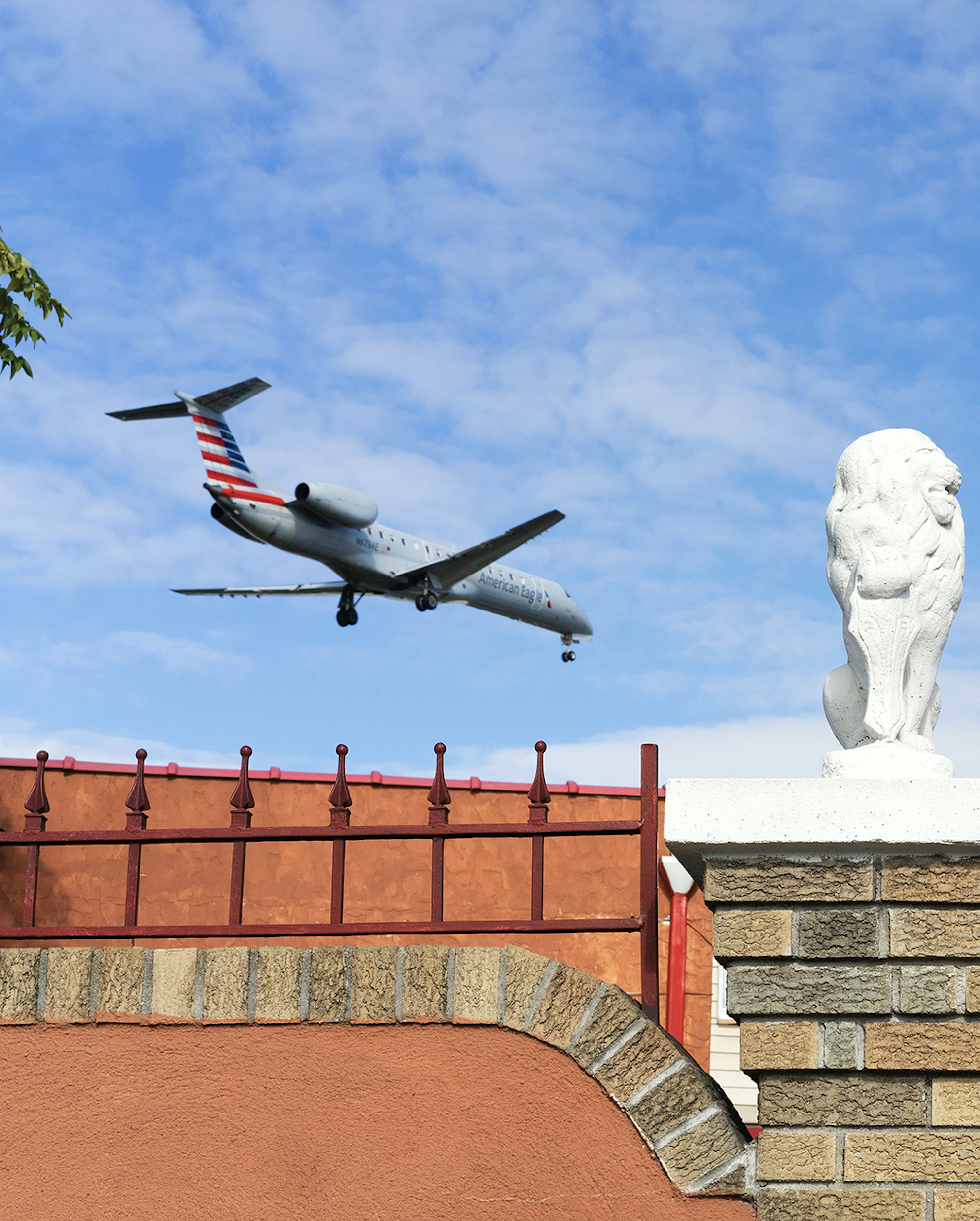 These poems appear in We Call Them Beautiful, out now from Diode Editions.

Off the Roosie
After O’Hara

I get off the 7 and head home, past the Chase and the Jackson Heights penguin that,
last week, someone dressed as a bunny, and I’m thinking
of Frankie’s I-do-this-I-do-that poems, and my phone is dead again and
I can’t afford to replace it. All I want to hear is Spoon
got no regard for the things you don’t understand
but maybe, as Lorna said, it’s a gift and there’s a poem across the street
waving Yoo hoo! Over here! and trying very hard to get
my attention. I get onto 37th, near what’s left of the Brunson Building after
the fire on Easter Monday and I head past the Met (not that one)
which they renamed Foodtown but which Honor and Joe and I will
always call the Met (not that one), and then a left onto 77th
and past our coffee shop where Afsal stands outside, talking, but
for once does not say hello even though he looks
straight at me, and it’s fine, I walk past the Berkeley and over 35th Ave., and
I guess I’m home, considering that my keys have opened
the door even before I realized I had them in my hand, and everything is
where I left it, even in the bedroom where I keep waking alone quite
suddenly to find—yes, I left you. You’ve never even been here.

When the train picks up speed, it sounds like a woman screaming,
one woman all over the city, releasing her heat in a high, steady wail,

smearing her red mouth along the tunnel walls. I make and unmake myself.
When the doors open, anyone can come in, anyone does. I circle back

downtown, leave the book open on my lap, look over the map
that lays out the routes. The city is a muscle; we feed it. The woman across

from me shrivels up her face, sticks a finger in each ear to kill the sound of
the train rounding into Queensboro Plaza. My hands are warm

on my lap: they are for making and unmaking. I thumb the seam
of the sketchbook open while the city sits and waits, indifferent and unblinking

like all gods. My mouth is a siren, my body mine to make.
Wherever I go, I am this woman. Whoever needs erasing, I erase.

KC Trommer is the author of We Call Them Beautiful (Diode Editions, 2019) and the chapbook The Hasp Tongue (dancing girl press, 2014). She is the founder of the online audio project QUEENSBOUND. She holds an MFA from the University of Michigan, Ann Arbor, where she was awarded an Academy of American Poets Prize. Her poem “Fear Not, Mary” was selected by Kevin Prufer as the winner of the 2015 Fugue Poetry Prize. Her work has appeared in AGNI, The Antioch Review, Blackbird, LitHub, Prairie Schooner, The Sycamore Review, VIDA, and in the anthologies Resist Much, Obey Little: Inaugural Poems to the Resistance (Spuyten Duyvil, 2017) and Who Will Speak for America? (Temple University Press, 2018). She is the Assistant Director of Communications at NYU Gallatin and lives in Jackson Heights, Queens, with her son.

Photo by David Rothenberg. It appears in his book Landing Lights Park, published by ROMAN NVMERALS in 2018. Find more of his work at davidmaxrothenberg.com.