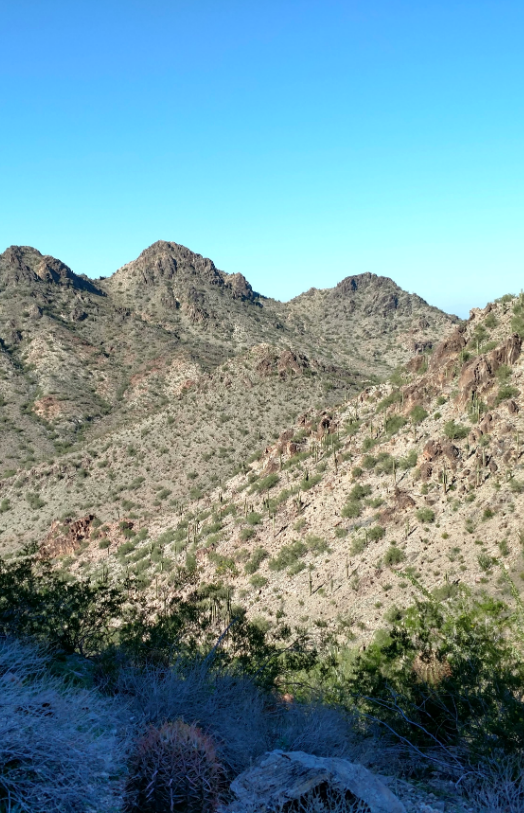 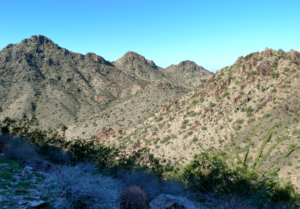 In the spring of 2017, I wrote my fears in a journal entry—that the love I’d invested in was a sham, that I’d pushed my kids to the point they wouldn’t want to see me, that my career would stall—hoping to alleviate anxiety by naming its source. But in nine months, those fears had gestated into reality.

I started the new year of 2018 on the road. It’s the only place I felt calm. Driving felt like purpose. It felt like possibility. On one of these journeys in January, I met the lovely soul I’m now married to. She was tending bar on 6th Street in Austin. Of all the gin joints in all the world. It took us six more months to profess our feelings, but when I drove out of the city two days after meeting her, I told myself, actually spoke the words out loud, “I don’t know what this means, but I know everything is going to be okay just knowing she’s in the world.”

I drove west back home to Oregon on two-lane roads. Watched the landscape change from the Hill Country to the plains, where rows and rows of giant windmills stood like some strange 21st century reboot of Don Quixote. I drove on into the darkness, the jagged saw’s teeth of the mountains sometimes visible in the light reflected by the waning gibbous moon. Albuquerque came and went. I was tired but didn’t want to stop.

Finally, I pulled over at an exit marked “no services” somewhere near the continental divide. It was cold outside, but I reclined the driver’s seat, wrapped up in a blanket I kept in the car for exactly this purpose, and dozed off.

I opened my eyes a few hours later, freezing. The sky was still black in the west with just the faintest band of cold light coming through the back glass behind me. I started the car to get the heat going. The outside temperature gauge read 26 degrees. I stepped out and around to the other side of the car into the frozen grass to take a piss as semi trucks barreled in each direction on the highway while steam rose around my ankles. After I finished, I simply stood for a moment looking out into the desert.

It was there, on the continent’s apex, in the strange frigid air of predawn, I felt a crushing loneliness I’d never known. It was there I knew the slate was clean. Which is terrifying, because of the endless potential to fill it up again with the wrong things.

I moved to Phoenix from Eugene a few months later. A friend had posted a position for a social media manager at the company he worked for, and I was ready to work, even if it was a job I wasn’t particularly interested in. I needed a new start.

The city itself is huge, the fifth biggest in the US. A giant grid laid out in the middle of a desert valley surrounded by mountains. You can’t get lost. The highways are wide, and the streets retain their names even as they cross into suburbs. Other than a cluster of skyscrapers in downtown, it consists of low, flat-roofed buildings, all the same color as the sand. Palm trees and saguaro and palo verde are the only green. Unless you have a golf membership.

For half of the year, temperatures reach triple digits. Annual rainfall is eight inches. Signs are faded, windows mirrored or blacked out, sometimes making businesses look abandoned, when in actuality, their facades are just baked clean. From a distance, the mountains that rise in the center of the city look like they’ve been nuked. But if you climb up into them, there are flowers and grasses, otherworldly cacti, all manner of small creatures making their way among the harsh world. Everything here has adapted to survive.

Sobriety didn’t come first. Most people think you quit drinking because alcohol has caused the problems in your life. My litany of midlife failure wasn’t caused by drinking (though drinking didn’t always help me handle things in the best way). Post hoc ergo propter hoc. And the rebuilding of the second half of my life didn’t start with sobriety. It started with love.

Brittany came to Phoenix six weeks after I wrote her a message late one night in June, saying that I hadn’t stopped thinking of her since we’d met. She answered the same had been true for her, and that was it.

Along with all the wonderful things we both loved—books and traveling and music—we both loved to drink. Always had. And we were fun drunks. She didn’t have an off switch, and I didn’t know how to say no. We were drinking 2-3 bottles of booze per week (half the coupons the grocery store sent us were for whiskey and gin). Sometimes we’d grab a pint at the gas station to supplement. This didn’t count trips to the bar.

First we tried to cut back by going on a “wine only program.” Which equated to a three-bottle-a-night program. One white, two red. The hangovers were brutal. We suffered from leg cramps in the middle of the night unless we drank a pint of Gatorade before bed.

Finally, after spending a Thanksgiving where the only turkey consumed was a fifth of the wild kind, we sat together on the couch in the early morning darkness, and said, “We have to stop.”

Nine months. That’s where we are right now as I write this. The amount of time it takes to for a human life to grow. At first it was hard. You’re mentally naked. Situations no longer have the parachute of grabbing a drink afterward, the armor of grabbing one before. You also realize how much drinking is a part of everyday life in modern American society: friend gatherings, work functions. We had to remember what we were like without it. Which for both of us hadn’t been since we were teenagers.

You also have to own your sobriety, or the world will talk you out of it. If you say, “We’re taking a break,” then people will ask for how long. They’ll tempt you with a sly smile (“Come on, just one!”). I had been one of those people. I loved encouraging people to “be bad.”

But it doesn’t take long before you feel the changes. After three weeks, my brain felt like it started working right again. Sure, I’d always functioned fine—was successful with my work, continued publishing stories often enough—but it was like driving into the sun with a dirty windshield. You don’t realize how hard it is to see until you clean the glass.

Anxiety left. Restful sleep returned. And the love in our household pervaded. We were married a year to the day of our meeting, a January wedding, just like the Avett Brothers song. We’d been sober just over a month and drove north to Flagstaff. It was just the two of us. We dressed up and took pictures in a snowy Ponderosa Pine forest during golden hour. We were married in the courthouse and walked afterward with the freezing air stinging our cheeks to a little bookshop where the girls working the counter were excited to take our picture among the shelves. We drank iced-tea with dinner.

Now the future has started to take shape. A legaltech company in Tempe approached me, because they’d read my past articles about the industry. Brittany took a job with a high-end catering company, away from the late-night grind of bar work, and was soon supervising a retreat for dentists in Scottsdale. My kids have started responding to my letters.

We keep to ourselves. Being social doesn’t feel like a need or an obligation. We visit used book shops and grab coffee. We stay in and write or make art, watch movies and read. Cook and laugh. Hike in the wintertime. Float in the pool in summer. Take impromptu road trips. Go to bed early and wake up while it’s still dark or the sun is just rising and there is a semblance of it being cooler outside.

When you drive through the desert outside the city, you notice the empty spaces between the plants. There isn’t enough water for them to grow close together. The roots have to spread out in order to catch enough moisture to keep living. This is true everywhere, but it isn’t always obvious. A forest with too much underbrush still looks like it’s flourishing, even though berry brambles—blooming and full of fruit—stunt the trees from growing as tall.

But here, where everything is stripped clean by wind and sun, and the rain comes only a few times a year—in torrents that spread across the dry earth like water spilled on concrete—the lines between survival and destruction seem thinner and more clearly defined. Each living thing stakes out exactly how much room it needs to thrive. Shedding that which would cause it to thirst. Living on what is exactly enough.

James Alan Gill’s writing has appeared in Colorado Review, Crab Orchard Review, Midwestern Gothic, The Common, and Prime Number Review, among others. He is currently working on a novel and lives with his wife, Brittany, in Arizona.

AKWE AMOSU
You can put your faith / in a book, pray from it, place it / under a sick child’s pillow, press / flowers between the leaves, / affirm love for the living, be / in the swim of things, learn / what is human from its pages / and become that. The book / will restore you, / reciprocate.