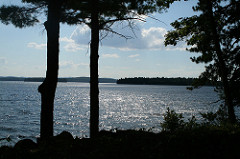 Timothy Watt is a graduate of Hobart College. He received an MFA from Brown University and his PhD from the University of Massachusetts Amherst. He is currently a Visiting Fellow at the Massachusetts Center for Renaissance Studies. His writing has appeared in Mississippi Review, 3rd Bed, Alaska Quarterly Review, and the Seneca Review.